The problems of environmental pollution of the Caspian Sea 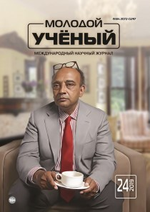 From the point of view of the vast majority of specialists dealing with the ecology of the Caspian Sea, it is in serious environmental danger. The main reason for this is the pollution of the Caspian Sea, the irrational exploitation of the Caspian Sea's natural resources over the years and the lack of real action on the part of the Caspian States to combat the negative consequences of the harm done, or to minimize the environmental damage caused to the environment of the Sea. At the parliamentary hearings in the State Duma of the Russian Federation in February 1999 it was noted that: «in the Caspian Sea there is a critical environmental situation that threatens the population, the economy, the unique and vulnerable natural environment of the region. The threat comes from the negative rises in the level of the Caspian Sea, but mainly from the intensification of oil production activities in the Caspian Sea, which leads to the rapid depletion of resources and degradation of the natural environment in the region. Under the influence of these and other man-made and natural factors, rejection of adequate measures in the region there will be significant negative socio-economic changes, the threat of a regional environmental catastrophe» [5]. Regarding this issue, former Minister of environment of Kazakhstan Aytkul Samakova stressed that: «one of the most serious and new environmental problems for us is pollution and the possibility of a man-made disaster in the Caspian Sea in connection with the massive development of hydrocarbon resources» [7]. V. A. Korzun notes that: «The main environmental problems in the Caspian Sea are: reduction of requests for commercial fish; degradation of biodiversity; loss of sturgeon spawning area; flooding of residential areas and industrial infrastructures; salt water ingress into the aquifers of drinking water; threat to human health». In his opinion: «All this in turn was a consequence of the pollution of the Sea connected with oil production on the Sea and in a coastal zone; result of agricultural and industrial pollution; and also pollution of river drains by industrial, agricultural and household waste (including radioactive), fluctuations of the sea level caused by economic activity, flow of the rivers and climatic changes; wrong management of coastal zones» [8].

M. A. Salmanov believes that: «oil pollution has a leading position in the importance, limitation of regular inflow and multi-diversity of influence on flora and fauna, physical and chemical properties of waters and bottom sediments of the Caspian Sea. Oil and oil products became one of the first pollutants that have a negative impact on the biocenosis of the sea. Currently, oil contamination covered almost the whole water area of the Caspian Sea, the drainage of rivers flowing into it. If before, that is, in 1950–60s, the oil pollution was typical for waters offshore fields — zones which receipt wastewater from oil refineries, industry, from the 80-ies it is spread everywhere» [4]. V. A. Korzun also emphasizes that the Caspian Sea is the first major inland water body in the world, which has started and will be subjected to large-scale anthropogenic oil pollution. Its scale is unknown, however, according to the international classification, the Caspian Sea is one of the most polluted in the world, including the content of hydrocarbons [8].

Of interest is the definition of the legal content of the concept of «water pollution». The definition of» water pollution» was first formulated in 1969 by the joint Group of Experts on the Scientific Aspects of Marine Protection (GESAMP), which was adopted with some drafting changes by the Intergovernmental Oceanographic Commission (IOC) of UNESCO and subsequently used in a number of international agreements on the protection of the marine environment. According to this definition, marine pollution is understood to mean «the introduction of man, directly or indirectly, of substances or energy into the marine environment (including estuaries) resulting in such deleterious effects as harm to living resources, hazard to human health, hindrance to marine activities including fishing, impairment of quality for use of sea-water, and reduction of amenities.” [2]

Tehran Convention gives identical but more concise wording, compared with that contained in the 1982 Convention: «the Pollution is the introduction by man, directly or indirectly, of substances or energy into the environment resulting or likely to result in such deleterious effects as harm to living resources and marine life, hazards to human health and hindrance to legitimate uses of the Caspian Sea».

An important addition to the existing definition has been the understanding, under marine pollution, of the act of introducing human substances or energy into the marine environment, which not only has adverse effects on the marine environment but also «may have such effects». Thus, there is a need to take preventive measures in the presence of the danger of committing illegal actions that may threaten the life of biological resources and humans [6].

The definition under consideration emphasizes the anthropogenic factor, that is, it refers to the negative and adverse consequences of human activity. Illegal acts that are defined in it can serve as the legal basis of international legal responsibility and preventive measures of marine pollution. «The definition becomes legal not only because it is included in the text of an international Treaty, but also because it contains elements that, together with other provisions of the Convention, constitute the legal basis for the characterization of offences and the adoption of the necessary measures to prevent and control pollution of the marine environment» [6].

However in the following work we shall consider the pollution from land-based sources and the pollution caused by seabed activities as it has been already noted they are main sources of pollution of the Caspian Sea.