Types of onomasiology used in the literature 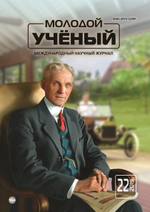 This article provides the information about the types of Onomasiology mostly used in the English literature with bright examples. Most of them are formed from the people names and place names.

The main source of phraseological associations is the change of their essence in their composition. Many English-language phrases are derived from works of art and various sources of literature. According to the number of literary texts in English, after literary sources, the first place is taken from the Bible, and the second is the phrases derived from the Shakespeare art. The writers' works, poetry, fairy tales and cartoons are the source of the phrases.

Mostly seen types of onomastic phrases are the followings:

As a result of special investigations a group of phrases that included writers, scholars, inventors, kings, and others were established. The following groups can be identified in such recycled groups:

We can see these groups with examples in Uzbek here:

Furthermore we can face several kinds of phrases that used in the literature of outstanding writers' books which give the special meanings. However, we can not find any meanings from their written form unless knowing its real meaning from the works. Following examples are from famous writers' works and books. There are both the names of writers and their Uzbek meanings.