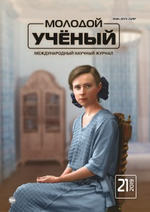 Together with other skills, learning to write is at the core of the education process. But writing is much less widely assessed. Apart from the secretarial aspects-spelling, punctuation and handwriting or keyboard skills and perhaps the “correct” use of writing forms, it seems to be harder for assessors to agree on both a general scheme of evaluation and also on how an individual piece should be graded. Where frameworks for assessing progress in writing are established and where effective systems of evaluating learners’ texts are achieved, they may seem complex and puzzling to all those not immediately involved. So, public concern about literacy levels usually focuses on writing.

There are several primary schools in Uzbekistan and elsewhere where B1 learners enjoy writing, do so with ease and verve, and score well on tests. Yet many other schools have problems: many B1 learners are not enthusiastic and writing scores on the tests taken by seven- and eleven-year-olds in England have been consistently lower than scores for writing. If we are to improve standards in writing, we need to learn from using the “Get one give one” technique. Some of our knowledge comes from intervention studies, some from surveys and some from observational studies. In recent years, studies of teacher and school effectiveness have made an important contribution, and so a substantial section of this paper is devoted to insights from this work. All these research paradigms have value as sources of information about how B1 learners go about the business of writing, how they can best be helped to learn to write — and to become writers, exploiting the rich possibilities that written text has to offer for enlarging their lives. While successful teaching of writing is a skilled and complex matter, as shown below, the evidence from all these countries suggests that learning to write is most effectively achieved through approaches that balance communicative purpose and general developmental skills as “Give one get one” (e.g. Knapp et al, 1995; Louden et al., 2005; Medwell, Wray, Poulson, & Fox, 1998).

Writing these days is not just about words alone: in the world outside school the nature of texts has changed dramatically in the last few decades. Today, text composition is as much about design as it is about verbal choice (Bearne, 2005; Kress, 2008). So how do we go about this complex task? Over 30 years ago, Hayes and Flower (1980) proposed that the experienced writer engages in three different kinds of activity: planning, creating text and reviewing. In their view, this is not a simple three-stage sequence but a process in which the writer weaves back and forth between all three activities in the course of writing a single text with “Give one get one” technique.

For B1 learner teaching how to write, any piece of writing involves, of course, a further activity as “Get one give one” technique, that is to say, punctuation and handwriting-skills that experienced writers use almost automatically — require conscious attention, at least in the early years of B1 school learners. So to become independent writers, B1 learners have to learn to orchestrate many different kinds of skills, knowledge and understanding, bringing them into harmony to create a satisfying and effective work. Building on the work of Hayes and Flower cited above, Bereiter and Scardamalia (1982) see that to become effective writers, B1 learners not only have to learn to write for known and unknown writers, they also need to move from ‘knowledge-telling’ to ‘knowledge-transforming’ the notion “Get one give one” technique (Bereiter & Scardamalia, 1982). In short, B1 learners need to learn to exploit the opportunity offered by writing to develop their thinking and understanding, through using the act of writing to order, explore, extend, clarify and revise their view of the world and their place in it.

What follows is based on this view of writing as a cognitive, social and cultural act, focused on the making of meaning, much more than the sum of its pedagogical parts. B1 learners becoming writers: what they have to learn in school. All B1 learners arrive in the first class of their formal education (aged about five years, in England) with knowledge and experience that is relevant to learning to write. But this knowledge and experience is likely to differ widely in kind and extent. Many B1 learners may have ‘had a go’ at writing, in play or in cards to family members, or on the computer. Many are familiar with the language of the written word (rather different from conversation) through listening to stories write aloud. Many B1 learners with a home language other than the language of school instruction may have tendency to copy out from the peers. All these different kinds of learning need to be recognized, valued and continued with the implementation of “Get one give one” approach.

We should stress again that what we know of what works best suggests that learning to write in this broad sense is most effectively achieved through approaches that balance communicative purpose and pedagogical skills (Knapp et al., 1995; Louden et al., 2005; Medwell et al., 1998). Certainly sustained, explicit instruction in pedagogical features of “Get one give one” way, removed from the context of purposeful use, does not seem to be the most effective way to teach these lessons. Instead, we need to encourage and support B1 learners’ attempts to make personal meaning from school-based writing practices and ensure that they are active participants in their own learning (Cremin & Myhill, 2011; Lankshear & Knobel, 2003). Lessons from studies of effective schools and effective classrooms. We have much to learn from research over the last few decades about how B1 learners with varying experiences and expectations of written language can best be helped to learn all that it takes to become a writer. Before examining the many classroom practices that have proved productive, I look first at a number of studies of classrooms and schools where the teaching of writing has been seen to be most generally effective. Successful schools and classrooms have much to teach us; we need to see what it is that the most successful teachers do. The features observed are itemized below.

In teaching writing, the pupils demand to comprehend some of text types. One of them is written task. According to Pardiyono (2007: 16) written task draws moral or message from the event of the text. More than it, Pardiyono (2007: 16) explains “the three elements of written task are first orientation that include about the topic of the story, second complication tells about the problem and the event of the story, third resolution tells about ending of the story.” Besides that, Derewianka (1991: 21) states “written task begins with an orientation where the writer attempts to sketch a possible word of his particular story. It is followed by series of event that is complication brought about.”

Writing is one of the important skills that should be mastered well by the pupils. By writing pupils can improve their knowledge. The pupils will get the benefit of writing if they write much and comprehend it well. It has been argued that writing is never abstract, meaningless activity, and involves feeling as well as knowledge and experience.