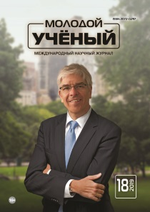 The northern territories are susceptible to intense anthropogenic pressure and the vast majority of the Arctic regions are unsuitable for safe living. At the same time, due to geopolitical circumstances and the historical situation, there are settlements in these territories, maintaining the attractiveness for life in which it is important not only in the interests of the country, but for removing local people from the economic stagnation.

When implementing a complex strategy for the development of a territory, the risks of conflict situations arise in the conditions of a multitude of interested parties: owners and other subjects of town planning activity having common interests. The current regulatory framework for the territory constrains the powers of the regional authorities and does not allow for prompt decision-making aimed at the balanced development of such territories.

Thus, the relevance of the topic under consideration determined by the need to search for the direction of urban planning, taking into account the preservation of the ecological balance and the balance of interests of the subjects of urban planning.

In the article author reviews the territory along the Lena River from Yakutsk to Tiksi, including the river and coastal areas, within the administrative and territorial boundaries of the following municipal districts: Bulunsky district (ulus), Zhigansky national Evenki district, Kobyaysky ulus (district), Vilyui ulus (district), Namsky ulus (district), Yakutsk urban district. The total length of this territory along the Lena River is 1 698 km, the distance from Yakutsk to Tiksi by land and water transport is 1 694 km, by air — 1 210 km. The area of the territories with the inclusion of sea borders in consideration is 624.73 thousand km2. The territory dominated by a sharply continental climate and arctic — in the river delta (Bulunsky district).

The northern territories development strategies of the federal level contradict regional and local interests, or do not consider them when developing territories. For example, the implementation of plans for the construction of terminals on the shores of the Arctic Ocean can negatively affect the preservation of the fragile ecological balance. The laying of transport links violates the tundra soil and vegetation cover. The heavy traffic on the Lena River leads to pollution of the river basin, resulting in a decrease in the population of commercial and valuable fish species. The latter will lead to problems in the economic activity of the republic at the local and regional levels, most damage to the fishery will be caused [2].

In the development of the regional economy based of the discovery of territorial resources potential, two aspects are subject to the risk of a conflict: environmental and traditional household. For example, when organizing directions for the transport of materials for construction and the extraction of fossil raw materials, the inevitable destruction of the paths of reindeer pastures is inevitable. The violation of the ecological balance of pastures damages traditional agriculture, alienates autochthonous groups of the population, and makes it impossible for them to follow the established household structure.

At the municipal level in the northern regions, the problem of ensuring the smooth operation of the engineering and communication infrastructure of the settlements is particularly acute. There is a contradiction between the need for access to education, cultural and community services, medical care, information in dispersed groups of small localities and the economic feasibility of creating the appropriate infrastructure. For most settlements also peculiar to the lack of stable domestic transport connections during low temperature seasons.

There are a number of significant problems at the federal, regional and municipal levels. The solution of the identified problems lies in the plane of the formation of a self-sufficient and closed urban planning system. This system based on three components: ecology (ecological frame), transport (engineering and transport infrastructure), social infrastructure, production or city-forming base. The goal is to find a balanced one-time development of all these components [5].

At the federal and republican levels, a number of aspects highlighted for these territories, which are key to solving strategic tasks, such as:

− Processing and disposal of products of human impact in the territory

Thus, when developing strictly in a certain direction, conflicts arise in the territory in which a certain aspect of development contradicts one or several tasks. Based on the situation prevailing in the territory, formed during its development under the influence of climatic and ethnographic features and social factors, the following problems of urban planning development of the territory highlighted:

1) at the federal level; there is a problem of contradiction to regional interests in the implementation of federal strategies;

3) at the municipal level; The problem of the contradiction between the need for access to education, cultural and community services, medical care, and information (communication) in dispersed groups of small settlements and the economic feasibility of creating an appropriate infrastructure should be identified.

On current research period in the world and domestic practice, the author has not identified any analogues that most fully demonstrate the development of the territory, similar to the declared one, therefore it is proposed to consider the experience concerning certain aspects of the development of such territories. In this regard, the author proposes to consider the world experience in the context of the identified problems at the level of settlement, which corresponds to the problems of the federal level, at the level of planning organization of the territory of the settlement, which corresponds to the problems of regional scale, as well as at the object level — at the level of municipalities. At the level of individual objects, the nature and genesis of the building typology is analyzed, the planning level implies a selection of experience and strategies for intracity district planning, at the settlement level the author considers theoretical developments in the field of developing settlement systems.

At the level of settlement, the principles of the NER group have been adopted as the idea of forming a unified network of settlements based on the framework [1]. Particular attention paid to the latest development of the NER «Sibstream»(ru. НЭР «Сибстрим») (Lezhava I. G., Shubenkov M. V., Khazanov M. D.). This proposal offers a solution to the questions of the integrity of the framework of the resettlement system, while simultaneously increasing the mobility of the population in the territory of the country, achieved by combining settlements into a single transport system.

In addressing the issue of ensuring the integration of settlements with different economic specialization, the experience of the organization of the Rotterdam-Genoa transport corridor [6] is considered.

The principles of forming a unified system of territorial development of Yakutia are formulated in the works of Turalysov K. [3]: the principle of taking into account the «Northern Regional Component» (features of construction and operation of capital construction projects and, in particular, housing) in the design of buildings, district and city planning; the principle of suppressing the negative impact of the adverse effects of cold on the human body (on social welfare, health, in production processes); the principle of an integrated approach to design (considered in a theoretical one — assuming an interdisciplinary approach in the training process to specialists involved in the design processes in the North, and practical — as the basis of a new design and training methodology). Particular attention paid to the social and natural aspects of sustainable development of the territory: solving problems aimed at improving the livelihoods and living conditions of the indigenous population of the North, developing the theoretical foundations of urban development in the extreme climatic conditions of the northern region, applicable in the practice of design and construction.

At the territorial level, the experience of providing active connections in the inter-populated territories of the North is reviewed by the Lateral Office team: White M., Sheppard L. (Lola Sheppard), Bouchard N., Bryn F. [6]. AFN, also referred to as the “food highway,” is a new survival model in the extreme conditions of the Arctic desert. It based on the support of an intensively growing young population in northern communities and indigenous communities of Canada, and takes into account the potential of the export economy of the North in the future.

At the municipal level, for research, domestic developments of Shchipkov A. I. are of interest [4], which based on the form of structures taking into account the aerodynamic conditions of the northern winds, as well as reducing the length of street pedestrian connections, autonomous power supply, internal recreational spaces and landscaping. These parameters embodied in a closed-cycle military camp known as the “Arctic Trefoil”.

Results: According to the evaluation of global experience, the solution of the contradictions of federal initiatives and the preservation of biological diversity and environmental sustainability lies in the plane of the functional and economic zoning of the territory along the natural transport axis — the Lena River, highlighting the corresponding zones united by a common planning framework, formed on the basis of the river network [6].

The contradiction between the need for education, cultural and community services and medical care, and the economic feasibility of building relevant facilities in dispersedly located small settlements solved by forming an economically interconnected network. This network consists of groups of settlements, among which stands out the basic settlement (with objects of social infrastructure of episodic demand), reference villages (objects of periodical use) and mobile settlements (with objects of everyday need).

Process automation of accounting and investigation of technological...

The article deals with special software designed to automate accounting processes and investigating technological violations in the electricity sector. It briefly describes the purpose of research, introduction, objectives, functions and features of the studied object.

Process automation of accounting and investigation of technological...

The article deals with special software designed to automate accounting processes and investigating technological violations in the electricity sector. It briefly describes the purpose of research, introduction, objectives, functions and features of the studied object.