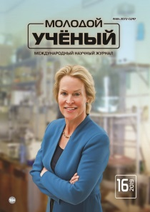 Primary education is the foundation of all further education, the basis of spiritual growth and human development. By its nature, a foreign language is one of the subjects that can enrich primary education. In the system of lifelong education, early — from the age of five — learning a foreign language allows the humanization and humanization of the upbringing of children, enhancing its developmental, educational, cultural and pragmatic orientation.

The development of a child is also promoted by mastering his speech behavior in a foreign language, which is inseparable from mastering the elements of a foreign language culture. Given the sensitivity of the child to the perception and reproduction of speech, at an early age, you can develop and maintain the flexibility of the speech apparatus for the formation and improvement of a person's speech ability throughout his life. In addition, the early learning of a foreign language is extremely beneficial for mastering authentic pronunciation.

The main component of the content of the discipline “Foreign Language” is the formation of knowledge, language skills and speech skills. Successful development of a skill, and, consequently, a skill, is impossible without the student not knowing whether his actions are correct or not. Without receiving such information from outside, mainly from the teacher, he assesses his own actions, which often reinforces erroneous actions and forms the wrong skills among preschoolers.

In order to avoid this, it is necessary to observe the actions of the student, which, strictly speaking, is a control, without which the rational management of the learning process in a foreign language is impossible.

Control of knowledge and skills of students is one of the most important components of the educational process. The effectiveness of the management of the educational process depends on its proper organization. He needs a teacher in order to have an accurate idea of how much the students have advanced in the implementation of the program, how they have mastered the language material, how they have mastered various communication skills (oral speech, reading, writing, listening).

Properly organized accounting and control, objectively registering results of educational work at each stage help the teacher to identify the successes and failures of each student, give him the opportunity to properly plan the pedagogical process, better and more efficiently prepare for classes. The rational accounting provides the teacher with the opportunity to analyze their activities, to notice omissions in time when preparing for the next lesson, to plan ways to correct the mistakes made by students.
The issues of student learning control received significantly less coverage in the domestic methodology of teaching foreign languages as compared to other problems, however, they gained particular relevance in connection with the transition to the system of early learning of a foreign language at school and the use of the New State Foreign Language Standards. Being an important, integral component of the educational process, the control is aimed at objectively determining the level of students' knowledge of foreign language material at each stage of the formation of speech skills and abilities and familiarity with the system of the language being studied.

Control actions are aimed primarily at checking the learned knowledge and skills that are determined by the content, as well as the goals and objectives of teaching foreign language to preschool children.

When teaching preschool children a foreign language, we cannot use in a pure form the forms and methods of control used at school. The specificity of control at preschool age is such that children do not know that at the moment they are objects of control. Purposeful control, i.e. when children know that their actions are being evaluated, they can negatively affect the results of the inspection. Often, when questioning, children are worried, lost, refuse to speak, especially if the inquiry goes in an unfamiliar environment in the presence of strangers. In addition, children of this age quickly get tired and it is difficult for them to keep their attention on one object for a long time. Thus, control takes on specific forms.

The control of speech skills is supposed to be built in such a way that it stimulates the development of students' speech in unity with the development of their thinking, memory, imagination, and influences the improvement of those personality qualities that are necessary for successful cognitive activity of preschoolers.

The urgency of the control problem is connected with the recent achievement of certain successes in realizing the practical goal of teaching a foreign language in elementary school as well as in preschool institutions, which has expanded the scope of the control application, increased its potential for a positive impact on the educational process, conditions have emerged for rationalization control itself as part of this process. Thus, the relevance of the study is to try to develop a system of control of knowledge and skills in a foreign language in the conditions of work with students of preschool age and to offer experienced tests and approved by teachers instructive samples aimed at the formation of communicative, linguistic and socio-cultural competencies.

Controlling the knowledge and skills of preschool children has shown that children learn individual words better; it is still difficult for them to speak in sentences. Difficult sounds are also not easy for many children. Much better things with understanding foreign language speech. Children respond more quickly and more willingly to the commands and comments of the teacher and peers, if they are expressed in a foreign language.

Having analyzed various forms of control, we conclude that the general purpose of all forms of control is to best provide timely and comprehensive feedback between students and the teacher, on the basis of which it is established how students perceive and assimilate educational material. The control objectives determine the choice of form. It must be remembered that only the integrated application of all forms of control allows us to regularly and objectively identify the dynamics of the formation of a system of knowledge and skills of students.

Each form of control has its advantages and disadvantages, none of them can be recognized as the only one capable of diagnosing all aspects of the language. Only the correct and pedagogically expedient combination of all forms of control contributes to improving the quality of the teaching and educational process in a foreign language.