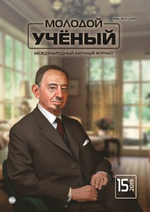 Acknowledging their own logic of development of each culture, scientists paid attention to the fact that there was a period in social history when for a short time, about half a millennium (from 800 to 200 BC), in different cultures, independently of each other a «spiritual breakthrough» was made, the main categories that we think today are developed. At the same time, the foundations of world religions were laid, and today determine the lives of people.

This period in the history of mankind was based on the scheme of the socio-historical process by the German philosopher, the representative of existentialism, Karl Jaspers. He called this period «axial time» in his work «The Meaning and Purpose of History». It was in the axial time in China that all areas of Chinese philosophy emerged, Confucius and Lao Tzu, Mo Tzu, Chuang Tzu, Le Tzu lived. In Indian philosophy all possible philosophical comprehensions of reality were considered, up to skepticism, materialism, sophistry and nihilism. In Iran, Zarathustra spoke of a world where good and evil are struggling. The prophets Elijah, Isaiah, Jeremiah appeared in Palestine. In Greece, this is the brilliant time of Homer, Parmenides, Heraclitus, Plato, Thucydides, Archimedes, Socrates. Everything connected with these names, this «spiritual breakthrough» arose almost simultaneously for several centuries in several points of the world independently of each other.

The new that has arisen in this axial epoch boils down, according to Jaspers, to the fact that a person is aware of being as a whole, of himself and his borders. Before him opens the horror of the world and its own helplessness. «Standing over a precipice, he poses radical questions, demands liberation and salvation. Realizing his boundaries, he sets the highest goals for himself, cognizes absoluteness in the depths of self-awareness and in the clarity of the transcendental world» [2].

The structure of Karl Jaspers’s world history is thus based on the analysis of one factor: the philosophical ideas created by a particular era. At the same time, the scientist emphasizes that in axial time, what was achieved by an individual outstanding person did not at all become common property. In those days, the distance between the heights of human capabilities and the mass was extremely large. However, he believes that what becomes a single person indirectly changes all people, and humanity as a whole makes the leap.

The concept of K. Jaspers is of great value in that it attempts to establish parallelism and comparability of the stages of the historical process on the basis of one criterion: the development of the spiritual being of man. But if, in addition to evaluative judgments about spiritual being, to include in the basis of the grouping and other signs, such as types of political structure and social characteristics of states, linguistic, ethnic, cultural differences, level of material and technical development, then the phenomena that Jaspers has in the same group will fall apart in separate, independent.

Jaspers acknowledges the existence of a “great mystery” of the historical process. He is not trying to give all the answers. He writes: «Surprise before mystery is in itself a fruitful act of knowledge, a source of further research and, perhaps, the goal of all of our knowledge». Denying the divine intervention, he nevertheless writes: «No one can fully understand what happened here, how the axis of world history originated» [2].

Compatriot Jaspers Oswald Spengler gained world fame thanks to his work «The Decline of Europe», called an essay with «the most flashy title of the century». This work was accompanied by loud scandals among professional philosophers and sociologists. The German sociologist Ferdinand Tennis saw in the Spengler dichotomy «culture-civilization» direct borrowing of his thoughts from the book «Community and Society». Responding to colleagues' attacks, Spengler wrote: «If I even thought to read half of this, I would not have come to an end today. Goethe and Nietzsche — these are the two thinkers, the dependence on which I feel for sure. To the one who digs out «predecessors» over the past twenty years, it does not even occur to him that all these thoughts, and, moreover, in a much more anticipatory edition, are already contained in Goethe’s prose and letters... Аnd that today it is impossible to express anything like that that would not have been touched upon in Nietzsche's posthumous volumes».

The above-mentioned controversy testifies, first of all, that the idea of ​​cyclicity, organic nature of the sociohistorical process has appeared, has varied in the works of scientists over many centuries. Each reproduced it in their own way, but the idea did not die. Moreover, interest in it has intensified since the era of crises, during periods of internal destruction of society. Thus, the «Decline of Europe» by Spengler in 1918 was written against the backdrop of a world war, the utter collapse and redistribution of the former Europe. The author defined the main topic of the book as an analysis of the end of West European culture that is widespread today around the globe. He calls his method «the comparative morphology method of world history».

Spengler figuratively compares his conceptual scheme of the world socio-historical process with the three-dimensional and multidimensional Copernican vision of the structure of the universe, which is opposed to the still dominant Ptolemaic system of history, where all cultures revolve around Western Europe as around the «imaginary center of the entire global event». In his work the place of the old scheme is taken by the new system, in which 8 closed independent spheres, world cultures coexist: antiquity and the West, India, Babylon, China, Egypt, Arab and Mexican cultures. They have the same meaning in the overall picture of history and often surpass antiquity by grandeur, the power of take-off. The peculiarity of the Spengler method is a comparison of different cultures not in their specifics, subject, but metaphorically. This is justified by the idea of ​​isolation, mutual misunderstanding of cultures proclaimed by the author. The generally accepted planar or «Ptolemaic» vision of the history system corresponds, according to Spengler, to the «incredibly meager and meaningless» division of history into a triad: Ancient World — Middle Ages — New Time, the unqualified domination of our historical thinking prevented us to perceive the real place, rank, the term of life of Western Europe in relation to universal history. The author says that because of the usual egocentrism, a monstrous optical illusion arises, by whose power the history of millennia, say Chinese and Egyptian, shrivels up to episodic cases, whereas the decades close to us, starting with Luther and especially Napoleon, take illusory -broken look.

Two points are important for our subsequent analysis of cultural-historical systems: the first is the mention of the inseparable connection of each culture with the concrete, as Spengler writes, «mother» landscape. The second point is in its own way the expressed idea of the ethnic identity of cultures, their individual face and the denial of any meaning whatsoever in the abstract concept of «universal culture». Spengler writes: «Instead of the bleak picture of the linear world history, which can only be maintained by closing the eyes to the overwhelming pile of facts, I see a real spectacle of many powerful cultures, flourishing from the womb of the mother landscape,... minting each on its own material — humanity — its own form and having each own idea, own passions, own life, volitions, feelings, own death. There are burgeoning and aging cultures, peoples, languages, truths, gods, landscapes, but there is no aging «humanity». Each culture has its own new possibilities of expression that appear, mature, fade and never repeat» [1].

Spengler describes the change of culture by civilization more poetically: «Culture is born at that moment when a great soul awakens and exfoliates from the great-soul state of ever-infantile humanity, a certain face from the depths of the faceless. It blooms on the soil of a sharply distant landscape, to which it remains tied purely vegetatively. Culture dies when this soul has already realized the full amount of its capabilities in the form of peoples, languages, religions, arts, states, sciences, and thus returned to the great-soul element.... As soon as the goal is achieved and the idea, all the fullness of internal capabilities, is completed and implemented outward, the culture suddenly becomes numb, dies, its blood coagulates, forces broken, it becomes civilization.... as such, it can, a withered, gigantic tree in a virgin forest, for centuries and millennia to bristle its rotten boughs» [1].

That is, according to Spengler, the meaning of all the sunsets in history- internal and external completion, waiting every living culture, and today we clearly feel in ourselves and around us the signs of the event, which foretells the first century, the twenty-first millennium — «decline of Europe».