Translators and bilinguals: theory and practice 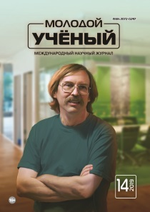 The article describes translation from different perspectives; translation is a multifaceted phenomenon which is based on both theory and practice. The article deals with benefits and problems of bilinguals in translation.

Why being bilingual alone simply is not enough to translate successfully? Many people who are not specializing in the field of translation would probably ask this question. This is a common mistake of students who sign up for translation studies in many countries; they don‘t think about translation as their future profession, their goal is to learn a foreign language. They do not understand that the translator has to deal with two different cultures and, without learning the cultural background of both languages, they will not be able to translate successfully.

The first and foremost reason why a bilingual cannot replace a translator is a well-known fact that theory and practice are indispensable in translation as well as in any other discipline. Translators are theorizing whenever they translate; theorization is an important part of translation practice. [1, p. 15].

The theory of translation does not exist separately for each language, now the knowledge gained in the course of more than fifty years has become universal for translation theory in different languages. Nelyubin‘s explanatory dictionary gives the following definition: Translation is a scholarly discipline which establishes regular interrelations and correspondences between SLT and TLT and considers major translation topics related to methodology and techniques of translation. [2, p. 37].

Translation is not only transfer or mediation from one language into another; it involves mediation between two cultures, their ideologies, meaning and sense. As a translator, you are speaking‖ on someone else‘s behalf and the translation has the power of attorney‖ of the original (Stecconi 2004). Shveitser defines the process of translation as a special kind of speech communication viewed in a broad socio-cultural context with account taken of social, cultural and psychological determinants. [3, p. 29].

Translation should be considered from different perspectives; as translation is a product, a process and a commodity. Studying each of these aspects, the translator should focus on various problems, such as making and correcting errors, applying translation techniques, evaluating problem-solving behavior, recognizing problems, working in different domains, meeting deadlines, etc.

Today in the era of informational progress and multicultural communication translation continues to bring together people of different nationalities and occupations, to be used in various spheres of human activity. Science is supposed to help train translators; translators should acquire translation competence to meet the market requirements and to be successfully employed. The time of humiliation and threats was over and Soviet writers came to grips with the reality of their existence in poems, short stories, novels and essays. They did not wish to attack the foundation of the Soviet system. All they wanted was to improve it by remedying faults, hardships, and abuses. They wished to help the Party to remit the mortgage of fear and injustice which Stalin had left behind, and of which it is not possible to speak with ever-increasing frankness. So inspirited by the freedom of speech,‖ the writers came perilously, though unintentionally, close to transgressing the limits laid down for them by the Party. [4, p. 96].

Studies have shown that speaking two languages rather than just one has obvious practical benefits in an increasingly globalized world but still it is not enough to be called a translator. Bilinguals are smarter and have more advantages to use their language skills. This explains the appearance of translations of the so-called pirate copies of modern bestsellers before they come off the press. Nevertheless any profession requires professional skills from a person who wants to be called an expert in his domain. There are a lot of people who can beautifully play musical instruments or cook delicious dishes, but they do not claim to be professional musicians or cooks. Even a most talented person needs to obtain knowledge before he\she becomes professional. In the framework of translation studies a person cannot be a successful translator unless he gains knowledge in translation studies, notwithstanding the fact that he can speak fluently two or more languages.

Many people believe that a translation is any text in the target culture that is accepted in the target culture as a translation. But researchers emphasize the importance of mediating meaning rather than form, supporting Nida‘s concepts of formal and dynamic equivalence which is crucial in introducing a receptor-based orientation to translation theory and is based on his functional approach to the definition of meaning in which a word acquires‘ meaning through its context and can produce varying responses according to culture. [5, p. 64]. A poem, as any text, obeys the rules of textual cohesion. In poetry coherence is achieved by such poetic means, an interplay of sight and sound, realized through different organizational features, such as rhyme, size of meter, alternation of stressed, unstressed syllables, different figures of speech. Poetry is a dialogical literary genre.

Nord in her Text Analysis in Translation, sharing Reiss‘ functional concept, highlights the importance of ST analysis and establishes the hierarchy of translation problems. The translator should provide good translation brief which provides a translator in localizing the target text in terms of the functionalist approach. Communicative purpose of the TT is aimed at persuading the receiver. TT must be coherent, adhere to genre conventions and its skopos, and read as if it were a non-translated text.

Speaking about the place of the translator in the whole process of communication, we can say that his role and the final output are important, but the process of s\his work is not visible. It is difficult to decide whether translators are heroes or fools. [1, p. 39]. The translator‘s invisible work includes experience, knowledge, terms, relationships, failures and successes, and can be divided into two processes, they are production of translation (strategies) and the invisible process of his brains. The strategies used by the translator are an organized system of local and global changes or shifts (Catford) that a translator resorts to in various situations.

Modern technology allows translator training to be more biased in the direction of translation process, because process knowledge will give more opportunities to indicate problems, classify them and find solutions. Translators have adopted methods, such as think-aloud protocols and technological innovations such as the Translog software at the Copenhagen Business School (Jakobsen and Schou 1999, Hansen 2006), which records the key-strokes made by the translator on the keyboard, and eye-trackers (O‘Brien 2006), which record the focus of the eye (and, therefore, presumably, the brain) on the text.

In conclusion, I would like to cite Mona Baker, who writes that notwithstanding the length and breadth of one‘s experience, recognition, in our increasingly qualification-conscious society, come mostly with the proof of some kind of formal education. Every respectable profession, or every profession which wants to be recognized as such, therefore, attempts to provide its members with systematic training the field. [7, p. 128]. It is not enough to be bilingual to translate successfully, because s\he is going to need something more than the current mixture of intuition and practice to enable them to reflect and realize what they do and how they do it. In recent decades translators have created a huge data base of terminology, CAT tools. Translators, including novices and experts, albeit the concept of expertise, still debate to understand what language is and how it functions. [6, p. 103]. So the profession of a translator, based on knowledge and experience, sets high standards and, unfortunately, doesn‘t guarantee recognition by those outside the profession.