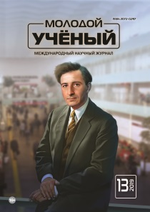 The article dwells on the problem of interchangeability between God and writer in postmodern literature. The author discusses biblical examples and quotations from the book by Ian McEwan «Atonement».

Atonement is a post-modernist book written by the popular English novelist and screenwriter of the late 20th century Ian McEwan. The plot of the book is in line with the post-modernist tradition characterized by disconnection from mainstream society, antinationalism, anti-Christianity and the implication drawn from the last one ‒ opposition to morality.

The setup occurs on a hot summer day in 1935, the day when thirteen-year-old Briony Tallis witnesses her old sister Cecilia flirting with Robbie Turner, the son of a servant. But Briony’s incomplete grasp of adult motives and her precocious imagination bring about a crime that will change all their lives, a crime whose repercussions atonement follows through the chaos and carnage of World War II and into the close of the twentieth century.

In the book McEwan introduces the main character Briony Tallis who pretends to be a writer. She is presented as a dreamer who has a destroying talent to exaggerate everything that she sees or hears. Briony Tallis’s curiosity knows no borders especially when something concerns her sister’s love relationships with the son of a servant.

Briony Tallis writes her first book at the age of eleven. From the moment members of her family understand that Briony possesses all the makings to be a writer and facility with words. McEwan lets us trace her personality development and her steps to becoming a writer from youth to old age. In a course of the book readers see Briony in not the most flattering light because gripped by fantasies she considers herself to be a judge. Inspired by her literary imagination she destroys destiny of her sister and her sister’s lover Robbie by giving false testimony against the boy. Brionie’s fantasy goes beyond her novels. It seems that she fancies herself God.

However, the end of the story hits the readers like a thunderbolt. It’s one of the hallmarks of post-modernist literature: to addle and astonish these people who read post-modernist books. Readers find themselves a little bit deceived as they learn that all the events of the story are no more than a fertile imagination of old writer Briony Tallis who redeems herself through the book.

The old writer doesn’t atone for God, she doesn’t feel guilty of ruining her sister’s happiness because McEwan makes allusion that even Brionie’s family is only a plot of her sick mind: ‘No atonement for God, or novelists, even if they are atheists’ [1, 371]. Nothing is explained at the end. Nevertheless readers see Briony Tallis pretending to be God. God and writer are on the same niche in the novel. Precisely there is no God in the book; there is a writer who is responsible of his creations. Only writer, not God predestines, only writer decides which character deserves to be happy and which one will suffer during all his fictional life…

In Atonement there is an interesting thought of old writer Briony Tallis. We guess that she is a protagonist of McEwan because they both try to prove that there is no absolute truth. Truth is allusion.

‘The problem these fifty-nine years has been this: how can a novelist achieve atonement when, with her absolute power of deciding outcomes, she is also God?’ [1, 371].

The thought is presented in the form of a question that obviously means that novelists don’t want to explain anything; their aim is not to impose their ideas but to grant the right to decide and to think over to the readers. So, this rhetorical question is asked in order to make a statement, in this case writers don’t expect an answer. They assign a mission of God to writers.

Let’s examine the word ‘atonement’ in this quote as a biblical word. For Christians ‘atonement’ associates with The Day of Atonement. In this context ‘atonement’ is a symbol of the death of Jesus. According to the Bible Jesus atoned for people’s sins and was crucified [2]. So ‘atonement’ is a central message of the Bible, the word means that God did everything possible to help the humankind to reconcile to him.

If we ignore religious meaning of ‘atonement’ and apply to its original definition which appeared in the 1510s we find that there is no reference to God theme: atonement is “condition of being at one (with others)” [2]. However this definition may be applied to common prayer worship in churches. Certainly in the quotation under analysis there is an obvious connection with religious meaning. The bulk is that for post-modernist writers God doesn’t possess the highest power. They don’t need God to be atoned, post-modernist writers are above God. Their power is their book. They prove that it’s possible to get ‘atonement’ by means of the book. Writers speak out about their sins in the pages of their works creating “peccable” characters. In pages of their books writers have an absolute power over both: people who read and characters who act.

On the basis of above-mentioned, we’d like to conclude that in the Atonement McEwan poses a problem of writing. A book is the alternate Universe inhabited by characters. The creator or God in this Universe, as we guess, is a writer. Lives of all characters are in his hands. He creates and destroys. His absolute power is in words. To treat and to be treated through books is the only way to be atoned for post-modernist writers.