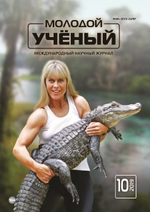 When teaching children a foreign language, it must be remembered that a child learns a language as a result of imitating the speech of adults, imitatively, without purposeful instruction. In other words, no one disintegrates the flow of speech for the child into mastery units, does not dispense speech patterns, does not arrange them in a certain sequence, does not explain the rules of grammar — and yet a normally developing child by five or six years already masters this complicated grammar, that it builds independent statements, successfully solving communicative tasks, and by seven or eight, complex sentences and texts of considerable length appear in the child’s speech. And the child masters the second language as easily as the first — spontaneously, without isolating the rules, thanks to the extraordinary ability to imitate, which is lost over the years. However, imitation is not the main mechanism for mastering a language in childhood — the ability to independently construct a statement is achieved through the child’s enormous analytical work, which imitates not so much as it dismembers and summarizes everything that it sees and hears and derives expression of the individual thoughts of the child.

A psychological and pedagogical analysis of the educational process with the traditional approach to teaching primary school children English showed that this approach does not meet modern requirements, that is, it has:

− Lack of purposeful and controlled formation of the system of skills and abilities;

− Children’s lack of awareness of the communicative functions of language units; -the lack of conditions for verbalization.

What are the features of the organization of the educational process for learning English at the secondary school? First, it is necessary to note the general features of learning a foreign language. The teacher should strive to ensure that classes are held on the basis of an individual approach in the context of collective forms of instruction. Secondly, the teacher should offer this way of learning, which would be aimed specifically at development, and not at the expense of it. In addition, for this it is important that each child be the main character in the lesson, feel free and comfortable, and actively participate in the discussion of the lesson topics. Unfortunately, one can often observe such a picture in the classroom: the teacher is very active, uses his own visual aids, leads a lesson and comments on his plot, applies various, including frontal forms of work, but there is no feeling of satisfaction from the activity. This dissatisfaction is largely due to the fact that children play the role of obedient performers of the teacher's will: they follow his instructions in a disciplined manner and act according to the script he has written. Excessive fascination with frontal forms of work in teaching children the English language creates only an illusion of the activity of each student and hardly contributes to his creative development.

So, the English language should be learned by students as a means of communication. Children should learn English in the process of communication and interaction with different characters: teacher, puppets. Any communication (direct or indirect) begins with a motive and a goal, that is, with why and why something is said, heard, read and written. The student must clearly understand the purpose of his speech (and non-speech) actions, his result — what exactly will be achieved if he utters a word, builds a statement, listens to or reads the text.

In order to successfully complete the process of learning the English language, it is necessary to create the motives of each speech and non-speech activity of children both in teaching means of communication and activities of communication. Children should see the results of practical application of the English language. The student most often does not see a real opportunity to use his knowledge. This drawback can be eliminated using the techniques of the design methodology, which is based on the following principles: -the formulation of a specific goal, aimed at achieving not a “linguistic”, but a practical result; -the receipt by each pupil or group of pupils of a specific task aimed at performing practical extra-linguistic action with the help of language; — independent performance by the students of the assignment and help of the teacher in case of need; — mutual responsibility of students and teachers for the results of work.

Children, especially in 2nd classes, should learn English not only as a means of communication, but also as an element of familiarizing them with English culture. In my opinion, this moment is important, as it contributes to the expansion of the general horizons of children, which later affects their overall performance, for example, in geography, aesthetics, world artistic culture, literature, items. For the formation of regional motivation, you can help the people establish a correspondence, exchange of postcards, photos, tapes with peers from the UK. Of course, for first-graders this procedure will be quite complicated, although the teacher himself can use it as a buffer for the exchange of information. Introducing a child into the world of culture of Great Britain is the most important task of a teacher, solving which he will contribute to the formation of children's common consciousness in children. Therefore, teaching English to young schoolchildren from the very first steps is built as a dialogue of cultures: Russian and English.

Moreover, most importantly, in the process of learning English, teacher should remember: the role of the imitative principle in the process of learning is extremely low, children master the material consciously, and not because of imitation, therefore children’s activities in mastering a foreign language need to be organized so that they always see the point that they make.

When learning a foreign language, the students' mother tongue is always taken into account, as in teaching pronunciation, it is important to show the common and different sounds in pronunciation, with particular attention being paid to English sounds and their combinations that do not have Russian equivalents (for example, the sound expressed in letter by the combination of the letters «th» in the definite article «the»).

Literally, from the first lesson the teacher should use the material for audio-training. When teaching children speaking it is important to understand the difference between monologue and dialogical forms of speech, based on the characteristics of each of them. Teaching English in grade 2 is carried out on an oral basis, which allows students to focus on the sound side of a new language for them, makes it possible to quickly accumulate language and speech material, to form the ability to carry out speech actions with it.

In the study of English at the initial stage, the integration process is also carried out, which consists in the fact that the teaching of language means of communication is not separate, but interrelated: children master sounds, intonation, words, grammatical forms, performing speech actions with language material and solving various communication tasks. All types of activities typical for the younger student should be included, if possible, in the general outline of the English lesson, and the more types of perception will be involved in the training, the higher will be the effectiveness of the latter. Thus, the integration process allows the teacher to:

− expand the scope of application of the English language by including English in other activities (visual arts, labor, music, etc.);

When teaching a foreign language, an individual approach is carried out in conditions of collective forms of education. The implementation of this provision in the school provides:

− selection of individual tasks and depending on the ability of the student and the level of formation of his speech skills;

− the formulation of speech and cognitive tasks related to the personality of the student;

− training in teamwork and interaction with each other.