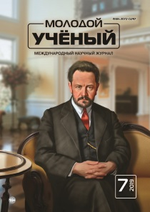 Before the republic to market relations significantly influenced the state of physical culture and sports in Uzbekistan. Within the framework of the state policy, positive trends emerged in the development of the system of physical education of young students. However, the conditions created by the state for the proportion of physical education of youth students cannot by themselves ensure a high level of their health. It is necessary to educate young people about taking care of their health and lifestyle from their younger years.

Relevance. A healthy lifestyle is interpreted by modern authors as a typical set of forms and methods of a person’s daily cultural life, unifying the norms, values, meanings of the activity regulated by them and its results, strengthening the adaptive abilities of the body, contributing to the full performance of educational, social and biological functions. This underlines its inseparable connection with the general culture of the student’s personality, which serves as a criterion for evaluating the way of its existence, the basic value of the level of biological activity, its social practice.

Discussion of experimental studies. For an objective assessment of the changes that should occur as a result of the implementation of the experimental program, the most characteristic general indicators of the attitude of students to the quality of physical education classes were obtained (Table 1).

The obtained indicators are basically the same in the experimental and control groups. There are no significant differences in the ratio of boys and girls. The same picture is observed in relation to physical education. In other words, this is a kind of standard that could not significantly affect the effectiveness of physical education in these groups.

At the same time, the analysis of the opinions of the students forced me to pay attention to the fact that a significant part of the students do not show an interested attitude to physical culture. In some, it is “medium”, which indicates a turnout for classes without a pronounced desire, in others — “low”, i.e. about participating in classes without desire. This circumstance prompted us to find out the reasons that give rise to different attitudes towards physical education.

As the given data testify (Table 2), different reasons influence the level of pupils' attitude towards physical education classes: some have an interest in physical culture in general, others have its absence. The difference between those and others ranges from 36.6 to 9.5 %. It is noteworthy that those who have a low rate are dominated by references to other aspects of the problem, in particular, to their state of health. However, all involved belong to the so-called «primary medical group». Consequently, such a link most often, apparently, has no objective grounds.