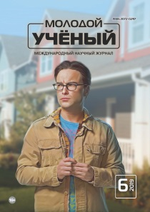 In the world there are many different kinds of nations and people. Every nation has particular greeting customs. From nation to nation, from country to country, from region to region greetings are various. They are formed in accordance to people’s traditions, culture, customs, religion, nationality, even age and gender. This article is devoted to teach young generation to greet.

We should pay attention to the role of bringing up children, from why is discipline necessary to what will good communication teach children. Each person's knowledge of how to bring up a child usually comes from their surroundings and their own upbringing. This may result in patterns from the parent's own social experiences being repeated and passed on to their children.

Our ancestors said that ”children should be brought up when they were burn”. otherwise we may overdue. On that condition although we try to pay attention to their bringing from early morning till late, at night, from a month to another month, from a year to another year. Awkward situation are be carried out of us. That is why even the children’ heart is beating in belly of their mother, father, should tell them about goodness, in addition they should they knowledge about religion and the world.

In Uzbekistan parents are the most influential role models children are likely to have. Parents especially grandparents pay compliments and show respect, kindness, honesty, friendliness, hospitality and generosity to their children will encourage them to behave in the same way. If parents express emotions and feelings, their children will learn it's okay to do the same. All children need and want reasonable boundaries. Through discipline your child learns that some kinds of behavior are acceptable and others are not. Setting boundaries for children's behavior helps them to learn how to behave in society.

Greetings are used worldwide, but type of greeting and their usage differ in accordance to the culture. Body language and cultural differences means the words used to greet people are different.

There are many types of greeting in Great Britain: a kiss, a hug, a handshake, a bow. Even within the culture greetings have many form. Two people may greet each other differently depending on familiarity, whether they are acquaintances or closer friends. In addition, greeting can depends on the social status, ranking or respect level of the people greeting one another. 2. [7,85–98].

In British families at 1 to 3 months babies already love to hear the sound and may smile, laugh, get quiet or get excited and wave their arms when you talk or sing to them. Baby talk usually gurgling with some vowel sounds: like “ooh”, appearing at around two months. At 4 to 7 months babies realize that their baby talk has an impacts on their parents They babble more and watch for their parents’ reaction. They begin to raise and lower the pitch of their voices as they babble, just as adults do when asking a question or adding emphasis. The capacity to communicate is the ability and desire to connect with others by exchanging ideas and feeling, both verbally and non-verbally. Most children learn to communicate to get a need meet or establish and maintain interaction with a loved adults. British parents tell their kids to stand, if their child is seated say at a restaurant or on the sofa at home and a visitor or an acquaintance comes into the room or approaches him to say hello, teach him to stand up before saying his greetings. They do not forget to make about having fun and connecting with people rather than presenting it as a chore kids have to do. Have a little fun while role playing, and be sure to give them lots of praise. Explain to their child that when she greets people politely, they will reward her with compliments. Babies communicate from birth through sounds like crying cooing or squalling and facial expressions by eye contact, smiling and grimacing. Babies continue to develop communication skills when adults respond to their efforts to “tell” others about what need or want.1. [719–758.]

Teaching a child how to greet people properly will help in their development of social skills. The greetings sets the tone of all social interactions. A child who is naturally shy or introverted may benefit from knowing the proper from and being able to use it with confidence. An extroverted child may need structure to be more appropriate rather than abrupt with greeting. How a child presents himself to others upon meeting them will say a lot about how well-mannered he is, this important skill will carry him into his adult years. If you’re ever met an older child who is uncomfortable when greeting people, you know how important it is to install these skills in kids at early age. They always to their children saying “thank you” and “please”. It’s a sad fact that many children today are shockingly rude when out in a restaurant or other setting where someone serves them or helps them. Even kids as young as age 3 and 4 should be routinely reminded to say thanks, but it's all too common to see kids of all ages including older kids who shouldn't need reminders lack these basic manners.3.

In conclusion, teaching children how to greet at an early age plays an important role in finding their part in social life and shows respect for elder people. In this case both different countries use their behavior etiquette.