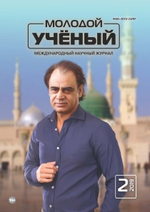 In the era of technologies, cyber-attacks are becoming much prevalent. Thus, variable security systems have been proposing and revising in every sphere all around the world. This article`s aim is to analyze, compare three similar projects, detect the disadvantage sides of the best one and, eventually, formulate the main task. Analyzing and comparing the chosen projects will be done taking into account all aspects and features (time, the level of security, efficiency, compatibility, etc.) while looking for disadvantages is performed over the only one that will be considered as the best security system after analyzing and comparing all three projects. The final step is formulating task. It will be conclusion of this article and, this task will be formed in order to propose an optimum GSM-based vehicle security system which can cover the cons that will be detected in the best project.

Nowadays, vehicle theft is key problem. A wide range of security systems have been designed. However, almost all systems have own cons regarding the level of security, used structure, working distance or cost. Researches usually solve some problems of earlier done projects with other disadvantages. In fact, there several real projects that are really hard to be found as un beneficial with respect to both software and hardware parts, but, the cost set for these type of systems is so high that not everyone can afford it. The three projects which will be analyzed and compared are Orven F. Mendoza “Microcontroller-based Vehicle Security System with tracking Capability using GSM and GPS technologies” (1st Project), Beulah PW Ruby, S. Abinashrajasingh, N. Ganeshprasad, Griffin EJ. “GSM Based Vehicle Theft Control System” (2nd Project), Arslan Haider, Aamer Anwer Hayat Khan, Mouloud Denai “A Smart Wireless Car Ignition System for Vehicle Security” (3rd Project). They all have at least one similar feature: utilizing a microcontroller. Microcontrollers are programmable and have input and output ports that make whole system complicated by adding different devices.

The remaining part of the article demonstrates comparing, analyzing of three stated above projects and revealing unbeneficial sides of the project that will be opted as the best among others. Analyzing and comparing processes will be executed taking into account several features: cost, time, productivity, the level of security and convenience. Disadvantages of the best project will be uncovered so as to craft an optimum GSM-based vehicle security system.

The first project, Orven F. Mendoza “Microcontroller-based Vehicle Security System with tracking Capability using GSM and GPS technologies”, makes use of Global System for Mobile (GSM), the Global Positioning System (GPS) and PIC microcontroller. It also utilizes a vibration sensor to notify when movement is caught up. The system has the ability to track vehicles by sending coordinates of the location of the device attached. To control power switching, activate automatically key switch, engine and alarm, authorized person must follow strict SMS rule commands. The combined system has three specific buttons for registration additional cell numbers, button for vibration sensors and button for manual Enabling/Disabling the security system, as well [1].

The second chosen project, Beulah PW Ruby, S. Abinashrajasingh, N. Ganeshprasad, Griffin EJ. “GSM Based Vehicle Theft Control System”, also utilizes GSM, GPS modules and the same PIC microcontroller. However, it additionally takes advantage of keypad and display to switch on and switch off the vehicle. Once password is entered incorrectly, alarm SMS is sent to the owner and vehicle begins to be tracked by GSM module [2]. This security system requires strict SMS format too. But, it has not vibration sensors.

The third one, Arslan Haider, Aamer Anwer Hayat Khan, Mouloud Denai “A Smart Wireless Car Ignition System for Vehicle Security”, is simply differs from the other ones. The system is based on the technology using wireless transmissions to start engine. Car ignition wire is usually connected to the On-Board Diagnostics which works as “the brain” that controls all the functionalities of the cars. That means, thieves just hotwire the old cars and take the car away. To handle such trouble, this security system is proposed. It includes Arduino microcontroller, LCD keypad and Bluetooth module. Wireless connection is established between the switch and engine with the help of Bluetooth module. To start the car, authorized person must enter the password that is asked when the key in car`s switch is moved. In case, he or she fails to enter the correct password then car will be not started.

The first thing aspect that should be compared is the level of security. I can say that this aspect is stronger in the last project while other ones are equal with each other since no thieves are not able to control engine directly by hotwiring when the wireless ignition system exists. Taking into account multi-functionalities, the first project can be found as the best owing to its capability of tracking the location of the car, additional buttons to register more cell phones, vibration sensors compared to the remaining projects that have not many functionalities so far. With respect to microcontrollers used, PIC microcontrollers are very fast and easy to execute a program compared with other microcontrollers. PIC Microcontroller architecture is based on Harvard architecture. AVR (Arduino) is modified Harvard architecture 8-bit RISC single-chip microcontrollers. AVR was one of the first microcontroller families to use on-chip flash memory for program storage, as opposed to one-time programmable ROM, EPROM, or EEPROM used by other microcontrollers at the time [4]. However, the second one has two important featured combined: tracking the location and password features. Password is considered as handy and important in security issues while tracking can be first help if car is stolen. As regards the cost, the third project would be best choice; however, it is not as convenient as the other ones as that project ask authorized people to follow strict actions to start actions and it does benefit users by allowing remote controls. Below The table which compares the three similar projects is provided below (Table 1).

The description of the best project`s technology.

We opted for the 1st project, Orven F. Mendoza “Microcontroller-based Vehicle Security System with tracking Capability using GSM and GPS technologies”, as the best among three systems. It can be seen in the Table 1.1 that this system can overcome the others in terms of more features. As for its capability, it possesses several comfortable aspects like GPS tracking, remote turning on/off the engine, vibration sensors etc.

Authorized person must follow rude format when sending control SMS to the device. If he/she fails to do it then SMS will be neglected or no action by the device. Format of SMS must be four-character password then keyword by space: 1234 Sab1. 1234 is the four character password, Sab1 is the command keyword, in this case, “1” followed by “b” is set to switch ON the key switch. If it is S1, it means activation the vibration sensor. Modifying “1” to “0” means switching OFF what was turned ON. Built-in GPS module allows owner to be aware of the location of their vehicle. Longitude and Latitude coordinated values are provided as a part of SMS which means monitoring the location can actually be done through PC, Smart Phone or a personal device. Example: LAT:13.52.9088 LONG:120.54.5848. This follows the format of degrees’ minute. To get the location, the internet connection is required [4].

The formulation of the task

Besides many conveniences, that project has its own drawbacks. Firstly, strict SMS format is not always comfortable method of controlling the vehicle. One should be careful when writing SMS to manage his/her car, otherwise, it can lead to ignore the specific commands by the system. Secondly, to some extent, SMS notification might not drive a great attention of the owner due to other unimportant daily SMS ads which can lead to the stealing the vehicle. Thirdly, professional car thieves can easily deactivate the system by cutting off the wires in case a thieve is aware of the situation of the main device. There is no alarm notification when wires are cut away.

These drawbacks were analyzed and we intended to construct the new security system that solves mentioned above problems of the best project. First of all, in the new security system, using SMS format should be replaced by user-friendly mobile application which can generate SMS to send data to control the vehicle, meanwhile, will get SMS from device and notify the owner with other sounds that can drive more attention. Moreover, the new system should notify the owner when wires of the device are cut down. Furthermore, the whole system should be upgraded with more sensitive vibration sensors that can differ a human from animal or from other sources. It would raise the quality of the security system much more.

To conclude, all three chosen projects have been analyzed and compared according to their capability taking into account all points. After comparison, we decided to choose the first project as the best among the others because of its several advantages. During analyzing process, we have detected main drawbacks of the best one and based on these cons, the new security system was intended to be designed and created. The primary target of the new security system is to solve problems faced by the first project and propose optimum project.