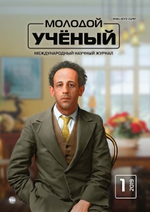 In the UK, Australia, USA there is an experience of learning a foreign language according to individual plans in accordance with the individual style of study.

In the United States and now you can find a lot of open schools. The latter are mainly limited to the initial stage of training. Students in such schools are trained according to individual plan (work sheets), which they make up first under the guidance of a teacher, and then gradually independently (for a day, a week, a month).

An individual learning style is learning a foreign language with regard to the biological rhythms of the learners (larks — they study in the morning, owls — in the afternoon).

These systems have a lot of interesting and, of course, productive, but they acceptable for well-defined conditions of elite education. Unlikely can we talk about the use of such didactic systems for mass learning. Many modern technologies are developed precisely for individual work with students, i.e. for private teaching, which shows an analysis of modern approaches and methods in learning.

Therefore, it seems to us that it is appropriate to analyze some advantages and disadvantages of various, including new methods education on the example of private schools, courses and various educational centers for teaching foreign languages, where due to certain reasons such methods are applied more actively. For example, advertising your school as using this or that «fashionable» teaching methodology. Everybody knows method of teaching Ilona Davydova, method Eshko, intensive methodology, etc. At the same time, it must be admitted that the quality of training students in private institutions above. First of all, consider the reasons that force people to look for different non-traditional ways for self-education and to educate their children.

Are we actually learning the language? If you think about this issue, it can be said that the past few years have shown significant increasing interest in the English language as a means of international communication It is already recognized as the language of professional communication in various areas of activity, and the advent of computers has put the use English language in a special position compared to other languages.

In foreign countries, we are also seeing an impressive increase the number of English language and country studies courses opening in various educational institutions. Many of them are highly professional and have a good reputation. Others see learning English just a means of making money, not bothering about quality services provided to the client, as we have in some paid courses.

The reform of the national system of national education, conducted from the day independence, led to the inclusion of one of the foreign languages in training in all types of educational institutions.

Literary for information, have writing, etc.

At the same time, it is gratifying that most of them, educated rather on humanitarian principles, quickly realized this. The result was effective, for our teachers began to pay much more attention It is the person’s personality when teaching a foreign language, using this is the most recent advances in psychology and some teaching methods, methods of learning used abroad.

Indeed, man is inherently curious and satisfying. Information hunger in a normal teacher is on a par with need for food, etc. A talented teacher is trying to just to awaken and perpetuate this craving for knowledge, shows his students how. You can get satisfaction from the process of knowledge. But the teacher who sets himself this task is inevitable will face a lot of difficulties, especially if it works in a massive institution (school), although the real talent will be able to teach and inspire their students and in such conditions. In terms of mass learning or mass school (institute) it seems that not all described by us modern technology is acceptable. But applied to student some bachelors of philologists can use some modern technologies. The main thing is that they match the selected ones.

Our principles with the current trends in teaching:

– the student learns the language and masters it by speaking it:

– language is a functional means of various speech intentions

– language training should be focused on the satisfaction of speech needs of students:

– mastering the language should be carried out in the course of creative activity which stimulates cognitive activity of students by solving cognitive developmental tasks:

In our opinion, the traditional technique used in universities of Uzbekistan will be different way of organizing and conducting classes in practice speaking and writing, namely:

– social and psychological climate in the group,

– the removal of the psychological barrier of weak students in the assimilation language and speech material (speech communication).

Modern technologies offered by us will help to achieve maximum efficiency in class time. In our opinion, classes, based on the above principles (communication-oriented and personality-oriented), allows you to eliminate existing deficiencies noted by us in training students of academic lyceums in active oral practice.

Analysis of the theory and practice of teaching foreign languages. The use of modern technology shows that the time has come inclusion in the mass learning process those achievements that are verified long experiment. Of course, each of those considered in the present work of methods, approaches could find its place in the system study in various types of educational institutions, organically blending into it and contributing to the intensification of mastering a foreign language. The most would have made a big step towards solving the problem of weak language training graduates of our schools and universities.

Role relations between the participants of communication are the main parameter that determines the nature of the situation. In the process Improving the skills and abilities of speaking a peculiar form of simulation, i.e. by model interaction of communication partners in a setting of imitation conditions speech activities during the implementation of communicative-oriented approach. There are interpretations of the term «simulation game», as a technique, as method. Let's take a look at this.

The use of the term «simulation game» is associated with the selection essential characteristics of this method on the one hand. Imitation understood very broadly, it is a direct replacement experimenting with the creation and manipulation of models, layouts, which replace the real object of study. On the other hand, there is the actual game methods in which participants take on certain roles that directly interact with each other friend, seeking to achieve their role goals. It is assumed that imitation games combine these two approaches. These games are based on specific situations taken from real life and represent dynamic model, thanks to the actions of the participants in the game. They take on different roles of guests, politicians and playing out political situation.

It should be emphasized that imitation games are “serious” games for adults, not fun, not rest, because they develop speech skills, reinforce new words, enhances collective decision making skills, develops communication skills of a different type, generate creative thinking, bring up an individual style of behavior in the process of interacting with people overcome the psychological barrier in relation to forms and methods in the educational process.

A game model is actually a way of describing the work of participants with a simulation model, which sets the social context in professional activities of specialists.

Based on the foregoing, it can be concluded that simulation games can be used to develop oral communication skills in a social and political context.

Since we have identified a simulation model and a game model, it follows consider other elements of this method.

To teach students a foreign language seems the most interesting learning experience in collaboration as a general didactic conceptual approach, especially considering the fact that these technologies quite organically fit into the class-term system, do not affect learning content allow to achieve most effectively predictable learning outcomes and disclose potential opportunities of each student. Given the specifics of the subject «Foreign language», these technologies can provide the necessary conditions for enhancing the cognitive and speech activities of each student group, giving each of them the opportunity to realize comprehend the new language material, get enough oral practice to form the necessary skills and abilities.

The leading place by quantity of clusters is taken by the USA that in many respects, along with the developed programs of the state support, provides high competitiveness of the American producers of...

The leading place by quantity of clusters is taken by the USA that in many respects, along with the developed programs of the state support, provides high competitiveness of the American producers of...