International amity during the years of independence in Uzbekistan 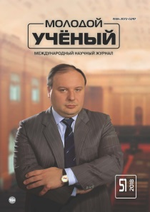 Uzbekistan is a multi-national republic. Today 16 religious confessions and more than 130 nations are residing in our country. Naturally, socio-political development and future of any multi-national country is tightly connected with stable international and interconfessional relationships.

Therefore, it won’t be wrong to say that one of the important factors of peace in our country is the international amity, and the other is religious generosity. Actually, in order to realize our good intentions to provide great future of our republic there also should be a stable condition in the country. As the first president of the Republic of Uzbekistan I.A.Karimov repeatedly said, “In XXI century we should be careful with not nuclear polygons but with the ideological polygons, in order to prevent the existent threat we should constantly and in detail study and also, scientifically and deeply investigate and analyze the socio-political situation in the society. In this aspect, defining all the factors of strengthening the national and religious generosity and using them effectively is one of the essential conditions of realizing our good intentions in making free and flourishing country, free and prosperous life and also in uniting the population belonging to different religions and nations on the basis of one patriotic sentiment and increasing their socio-political activeness on the way of the country’s progress” [3, p. 124].

It is known that in our planet more than 1600 ethnic groups having their own unique cultural and moral values are living. In the independent Republic of Uzbekistan together with Uzbek people more than 130 nations having their own culture and traditions are living. They comprise 20 percent of the population of the country. Therefore, on the first days of our independence keeping and strengthening international amity in our society was highlighted and a number of practical measures were carried out. In 1989 the international Centre of Culture was founded at the Ministry of Culture. 12 culture centers began to work in it [4.p.272]. As the time passed through, their number increased. Particularly, in 1995 their number reached to more than 80 in our country. Such kind of development would require conforming their activity in its turn. According to the decision of the Cabinet of Ministers of the Republic of Uzbekistan in 1992, on January 13, the foundation of the Republic International Culture Centre opened a wide road to the activity of national-cultural centers [1, p. 405]. And it is having a significant role in strengthening international amity.

After the International Culture Centre was established the activity of the national-cultural centers is developing more and their number is also increasing year by year. Especially, in 1992 their number was only 10, in 2000 their number got over 110. And today 137 national cultural centers are working. 13 of them have the position of republican organization. There are also regional departments of Russian, Ukrainian, Korean, Turkmanian, Kazak, Uyghurian, German and Polish centers working in our country. The idea of strengthening the relationships between the nations is main regulations for these centers [4, p. 275]. During the past years the national-cultural centers grew not only by their number, but also by their effectiveness and got their certain places among the public organizations in our country.

– harmonizing the national relationships in our multi-national republic, that is, strengthening international amity and unity which is one of the very important factors of peace of our motherland;

– conforming the activity of the existent national-cultural centers and lead them;

– practically and methodically encouraging to satisfy the national-traditional needs of the nations living in our country, that is, keeping and developing the national language, culture, meals, traditions and customs unique to each of them;

– developing patriotic, philanthropic and international nurture in the soul of our youth belonging to different nations by developing the sense of sacred motherland;

– contributing to flourish the culture of the republic by developing national cultures;

– establishing and developing co-operation with the national-cultural centers working in the countries included in Central Asian republics and CIS (Commonwealth of Independent States);

– encouraging the representatives of different nations in our country to establish cultural relationships with their historical motherlands [2.p.47].

The International Culture Centre assigns and carries out its working processes according to the instructions of special Public Council established at the centre. These Public Council comprised of administration of the Centre, chairmen of the national-cultural centers, responsible organs, representatives of ministries and public organizations, and also, leading scholars dealing with national affairs.

Preparation for the important events, celebrations and public holidays in the social life of our republic and providing active participation of the countrymen belonging to different nations are one of the main activity fields of the centre. Because of the efforts of the centre the people of different nations are actively participating with great pleasure in the celebrations of our greatest holiday – the Independence Day, moreover, Navruz holiday, Constitution Day, in the celebration of important dates connected with the birthdays of great people, philosophers in the history, in organizing and holding different ceremonies and meetings.

With the initiation of the centre conferences, seminars and round table discussions concerning actual topics of the day are constantly held on the basis of special programs [7, p. 438-439].

Active participation in the celebrations of public holidays, festivals, creative parties and exhibitions and also in the celebration of important dates connected with the life of popular and famous people of different nations is becoming important field of the activity of the centre and gradually turning into tradition. Among them the celebration of Eid Ramadan and Eid Kurban, Christmas, Easter, Shrovetide, Pancake week (week before Lent, seven weeks before Easter), Purim, Khansiq, Thanksgiving Day, Chusok, New Year, Remeberance Day and also 125 anniversary of Tashkent and Central Asian diocese of Russian church, 1000 anniversary of the epos “Manas”, 660 anniversary of our great ancestor Amir Temur, anniversary celebrations of great thinkers such as Imom al-Bukhariy and Akhmad al-Ferganiy, Alisher Navaiy, Jamiy, Abay, Pushkin, Makhtumkuli, Shevchenko, Yesenin, Mukhtar Avezov, Chingiz Aytmatov are worth of special attention. Particularly, Russian Culture Centre celebrated centenary of S.Yesenin’s birth in corporation with the embassy of Russia in Uzbekistan, Kazak Culture Centre celebrated 150 anniversary of Kazak poet Abay’s birth in corporation with the embassy of Kazakhstan in Uzbekistan and also centenary of Turor Riskulov and Sultonbek Khujanov was celebrated [5.p.328].

Nowadays the International Culture Centre is attracting the attention of other numerous countries and public organizations towards the most important question of strengthening international amity and civil unity. On the basis of the contracts signed between the Republic labour union federation council, Uzbekistan State teleradiocompany, Assembly of Culture of Central Asian people, Uzbekistan women’s committee, Uzbekistan State science and technology committee and other organizations mutual collaborations are being established. Particularly, hundreds of exhibitions are being held in corporation with Uzbekistan Art Academy.

The events of the centre being carried out in corporation with embassies and diplomatic corps in the republic also take an important role in its activity. In 1994 in March and April the exhibition named as “Bushes of a tree” was organized in Tashkent. In this exhibition 98 art works of 58 artists of 11 nations were demonstrated [4.p.289]. The national cultural centers serving hard for the great future of Uzbekistan and for the development of our country are highly estimated by the wide community. That the numerous chairmen of national cultural centers gained high awards of the government, is the evidence that their services are highly appreciated.

In 2006 the festivals such as “Uzbekistan – our common home”, “our power is in fraternity and solidity”, “Motherland is single, Motherland is the only one” were organized. In 2007 on January 20 fifteenth anniversary of the Republic international Culture Centre was celebrated. Such kinds of events played an important role in uniting the people of different nations under a single idea [ 6.p.128].

2017 was a new period for Uzbekistan in international relationships. Taking into the account that the international friendship is the main fundament of the peace in our country, the amity between the nations was strengthened again.

In 2017 on September 29 the President of Uzbekistan Shavkat Mirziyayev received Kirill, the Patriarch of Moscow and the whole Russia. It was highlighted that the visit of Patriarch Kirill take an important place in strengthening international and interconfessional amity, religious generosity in both countries. In the meeting the questions of strengthening interconfessional communication in order to struggle against global threats like extremism, terrorism and radicalism, strengthening and providing international amity and religious generosity in the society, educating the young generation were discussed. Patriarch Kirill highly estimated the policy being carried out to strengthen international peace and amity, friendship between nations and socio-economical reforms being carried out at a new stage in the sphere of Strategy of Movements for the development of the Republic of Uzbekistan.

It can be concluded that in spite of the fact that Uzbekistan is a multi-national country, it managed to unite the citizens under a single purpose and ideology during the past 27 years. Every person considering themselves as a citizen of the Republic of Uzbekistan is showing high sense of patriotism in their practical works. Meanwhile the ethnic problems in most countries of the world Uzbekistan could provide international corporation and unity. It is our great victory gained after our independence.

The further profound fraternity of our country with inherently connected states in economic, political

Therefore, the deepening and development of the relations of Central Asia with the CIS countries are...

Physical training and sport opportunities for the youth of Uzbekistan

...CIS member states; the exemption from excise tax on export deliveries, with the exception of

In terms of their impact on structure and volume from the usage of GDP for CIS countries changes in...

The further profound fraternity of our country with inherently connected states in economic, political

Therefore, the deepening and development of the relations of Central Asia with the CIS countries are...

Physical training and sport opportunities for the youth of Uzbekistan

...CIS member states; the exemption from excise tax on export deliveries, with the exception of

In terms of their impact on structure and volume from the usage of GDP for CIS countries changes in...