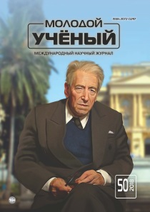 Politic is always related to activities that influence the action and policies in government or society. This activity will gain or keep power on it.

Politic is always associated with activities that makes influence actions and policies in government or society. One of the goals of politics is involves the use of power to another by affecting their behavior. In politics, people needs political strategy and the method to do it is varies depend on the purpose. Political strategy deals with many forward — looking strategies in which the basic strategy is the path to the goal invented and used to obtain the objective [Keyes, 2008: 9].

Political strategy is an essential tool for the campaign and election. Political strategy offers a pathway to success when the society understands the background of candidates and reasons for them to vote for. The main way to do this is to use a speech campaign because society will knows character of candidates by sharing their thought. By using speech, society feels that the candidate stands alongside and thinks the same way. This strategy can achieve society sympathy. When they succeed in achieving sympathy, the succession in gaining power soon comes through. [Van Dijk, 2008].

Regarding the important of speech in politic, the politician should have the ability to speak since language is a means of communication, a means of presenting and forming argument and political argument is ideological, because it comes from a series of beliefs. It means that every speech must be in rhetorical way because the goal of rhetoric is to convince others through argument by appealing to their emotions, in order to sway their thinking. Aristotle employ three of rhetoric, also called the Aristotelian Triad: ethos which refers to the character or presence of the speaker, pathos which refers to the role of an audience in a rhetorical situation, and logos which refers to the logic of the argument itself [Murthy, 2014]. The more rhetorical the more sympatic arose and they gaining authority. With regard to the three elements of rhetoric, political speech does not only pay great attention on the language itself, but also make it appropriate in the context and consider emerging power.

Critical discourse analysis deals with studying and analyzing written or oral text to reveal the existence of power, dominance and inequality. It considered how the existence is supported and reproduced in social, political and historical context. In addition, the CDA aims to establish a clear link between discourse, social practices, and social structure which is not clear for several people [Fowler, 1991]. The CDA explores the social context to encompass the socio-political conditions that shape discourse to analyze how power structures are constructed and analyzed. It means that it can also be used to describe, interpret, analyze, and critique the social life that is reflected in speech. CDA explores relationships between discursive practices, texts, and events and also wider social and cultural structures, relations, and processes [Fairclough, 1992]. Within this framework, analyze a text in terms of its topics or frames is assigned to the study. Therefore, this research used Van Dijk’s theory. Themes and topics are structure characterized as the most important because it contains basic ideology in the sequence of sentence [Van Dijk, 2008].

This study used qualitative approaches because a qualitative approach not only explores what, where and when, but also why and how the problem appeared, but also the method produces information only in case studies, and the general conclusions are only a reasonable statement. Also, it can be used to find empirical support for such research hypotheses [Lincoln, 2005]. The source of the data is famous politician speech. Then, analyze the data by using to examine the problem, researcher was used assumption, worldview, and the possible use of theoretical lens as well as studied the research problem. The data was analyzed by using Van Dijk’s thematic theory. It describes the themes and the detail with used of speaker background based on theoretical lens to find out the ideology that is underlying behind the text.

Based on the above, it can be interpreted that power is a vital element of human survival and has signs and manifestations in all aspects of social life, from interpersonal relations through economic operations to spiritual and political differences. Power is usually associated with politics, power, and wealth, and the idea of power is the ability to influence the actions or decisions of another.

For example, to achieve his goal of becoming President of the United States, Obama uses many ways to show his ideology. Power to control is the first kind to be used, as in the «making America great again» debate; it uses its idea to gain power so that America becomes a superpower so that they can control many aspects of the world. The data of the world economic rating, which put America in the top ten, are a good reason for Obama to deliver his opinion. By assuring the audience that the nation's people have the potential and very incredible, America's economic situation, which is at a critical juncture, and its ability to do business, it convinces the citizen and gains enough power to mobilize action to support his idea.

The discussion of «radical Islamic terrorism» also shows how Obama wants to control the development of the Muslim religion, which is growing in America from year to year. By controlling the outflow of immigrants, Obama wants to filter out the number of Muslims who come to America because it is often associated with violence happening in America, mostly because of immigrants, and many of them are Muslims. In addition, the trend of Mexican immigrants, which causes a lot of problems, such as the problem of gangsters and drugs, becomes his consideration to continue this idea. Thus, by controlling an immigrant, it can also minimize the growth of the Islamic religion, where it also minimizes the possibility of a threat that could endanger the safety of every American citizen.

Moreover, the existence of Jews in American politics inspires their mood, which is consistent with Obama's idea of curbing Islamic growth. As these two issues-Muslim and immigrant — become a public concern, the audience's emotional appeals to the tragedy that has occurred in the past, the number of immigrants that have continued to arrive, and the anti-Islamic sentiment that some politicians have breathed out make the audience become more open to Obama's idea.

Power has different shapes and characteristics, and Obama uses one form called soft power. Soft power is the ability to create the focus of people on one side without coercion, and it is able to convince others to do what they want [Nye, 1990].

Discourse analysis allows for a more detailed understanding of the discursive processes of agenda formation, as well as the relationship between politics, the media and public opinion. Social policy is not just an abstract property of political action or cognition, but is largely expressed in text and conversation, and is politically influenced, for example, in the drafting of bills, laws or regulations, which are again political and legal genres of discourse. Social, economic and political power may be based on special access to or control over limited social resources, but they are not merely material but also symbolic, such as knowledge, education and especially access to and control over public discourse, especially in the media [van Dijk 1996]. Indeed, most political power can be safely engaged in terms of means and models of access and control of politicians, parties or political movements over public discourse. Who controls public discourse at least partially controls public opinion, so discourse analysis of such control is also a form of political analysis.

In other words, it is not so much the social and political economy itself as the symbolic economy of language and discourse that controls the minds of political actors and, consequently, their actions. On a general level, such a statement can be interesting, but does not allow much description and explanation. However, once we engage in a detailed and complex analysis of discourse, we will be able to understand the relationship between the subtle properties of text and conversation and the various aspects of the political context, the political process and the political system as a whole.

Key words: discourse, political discourse, characteristics, interpretation. Nowadays the notion of discourse is widely used in a variety of academic fields including political science, linguistics, philosophy, psychology, cultural studies and many other.

The advantages and disadvantages of cryptographic protecting...

Key words: discourse, political discourse, characteristics, interpretation. Nowadays the notion of discourse is widely used in a variety of academic fields including political science, linguistics, philosophy, psychology, cultural studies and many other.

The advantages and disadvantages of cryptographic protecting...