A country with healthy children has a great future 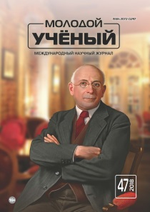 Each nation’s future life and development of the country depends on physical and moral condition of the youth. Nowadays, intergovernmental communication is developing day by day by the help of highly produced technologies and transportation. It reasons intergovernmental competitions, that can be: sport and education or intellectual activity.

Introduction: After independence Republic of Uzbekistan many laws and decrees are accepted: Only 5 months after independence, on the 14th of January,1992 a new law on “Physical training and sport was adopted”. There are 28 articles in this law. It is important that none of the countries had a law on sport. This Law was adopted in the new edition on the 4th September, 2015 y.

Discussion: As we know, nowadays the number of convocation, order and law on physical training and sport are over than 20.

‒ On the 18th of March, 1993 The Cabinet of Ministry was adopted decree on “Spreading football to mass”.

‒ On the 13th of March, 1996 The Cabinet of Ministry accepted decree on “The ways of developing football in Uzbekistan”

‒ On September, 1998 World competition on Kurash was held in Tashkent for the first time.

‒ In 1999 decree was announced on “Developing Kurash in Uzbekistan” by the President of Uzbekistan.

‒ On the 1st of February,1999 President’s order was accepted on “Supporting international Kurash assosiation”.

‒ In 2000 the decree of the President of the Republic of Uzbekistan on “Three staged” sport competitions.

‒ On the 25th of December,2002 the Ministry of higher and secondary special education accepted decree on “Founding student’s sport fund”.

‒ In 2003 the Ministry of higher and special secondary education adopted order on “Spreading students’ competitions to mass”.

‒ On the 27 th of September,2004 the President of the Republic accepted and announced order on “ Founding the ministry of culture and sport”.

‒ On the 29th of August, 2004 the decree of the Republic of Uzbekistan was adopted for fulfillment of the order № 348 PF by The Cabinet of Ministry on “The measurements of improving the activity of the children’s fund” was adopted.

‒ On the 1 st of May, 2006 the President adopted decree on “Developing sport activities in Uzbekistan” (1).

‒ Foundation for the development of children's sport of Uzbekistan has a special place in the spread of the foundations of a healthy lifestyle among young people, the formation of physical and spiritual health of the younger generation, education of the individual, fully developed, strong, strong-willed, with a stable views and opinions, increase interest in sport among children and the creation of material and technical base, modern sports facilities. It is worth noting that only at the expense of the Fund in 2014 g of 18 standard sports facilities and 73 school sports halls in 24 facilities reconstruction and capital repairs in the amount of about 100 billion soums were built (2).

Result: It should be noted that a growing number of victories of our athletes at the prestigious international competitions. In 2015, Mr. Athletes of Uzbekistan have won more than 860 medals in international tournaments, the Asian championships. Of these, 311 — gold medals, 274 — silver and 276 — bronze (3).

The national team of Uzbekistan won 61 medals, of which 12 — gold has taken a worthy place among the 10 most powerful countries at the 17th Asian Games, held in 2014, autumn in South Korea, which was attended by 13 thousand. athletes from 45 countries.

Conclusion: In conclusion, it should be noted that our country has all the conditions to the young people actively engaged in physical culture and sports have strengthened their health. Especially, the organization of three landmark sports competitions is the involvement of youth sports training, healthy lifestyle. In particular, according to surveys conducted, 95 % of children engaged in sports are considered supporters of a healthy lifestyle. They were given to know that far from addictions (alcoholism, smoking, drug addiction, etc.). As noted by the first president, «Bringing up a healthy generation — is to build the foundation of a great country, a prosperous life».