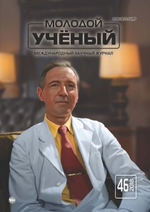 In modern market conditions, the “resource-intensive economy model” leads to an increase in costs and a decrease in productivity. Therefore, at the Rio + 20 conference, the states decided to create a green economy concept. Currently, there is no generally accepted definition of a green economy. This type of economy includes the results of economic activities that improve the quality of life. For developed countries, such factors as competition and jobs are most important; for developing countries, the solution to the problems of poverty, sustainable development; for a group of BRICS countries — effective use of resources. [5, p. 562].

The theory of green economy is based on the following principles

Green economy improves the welfare of the nation, allows for rational use of energy resources, reduces harmful emissions and costs of ecological systems. [2, p.90]. All countries believe that a green economy is an important means to achieve sustainable development and eradicate poverty. The transition to a green economy is associated with the following negative consequences: the inability to provide access to technology and the necessary level of investment by imposing additional conditions on developing countries to receive financial assistance, the emergence of artisanal industries (gold mining using mercury). [1, p.143]. The priority areas of the green economy are:

‒ efficient use of natural resources;

Green economy is a vector of sustainable development using innovative “green” technologies. This type of technology is based on energy and resource saving, reducing carbon energy sources. [6, p.15]. The green economy includes the following elements: green mortgage, green loan, financing of green projects, carbon and environmental funds, green insurance. [7, p.12–13]. At present, the transition to a green economy can be achieved by states with high economic growth rates, for example, Brazil, China. [1, p.143]. For a successful transition to a green economy, you need: state aid and active participation of private investors and consumers.

Investments of states will be distributed in different ways: developed countries will direct them to rationalize land use and develop urban planning policies (eco-cities will appear); developing countries — in agriculture, water management and autonomous energy. [9, p.10]. The economic mechanisms for the transition to a green economy are: reducing the environmental burden in developed countries and transferring it to developing countries (enterprises acquire rights to use and own green areas in developing countries); the creation of a regulatory and legal framework, the direction of public investment in green industries, the promotion of green investment and innovation, and the strengthening of international cooperation. [4, p.1263]. For the transition to a «green» economy until 2050, it is necessary to invest 2 % of world GDP in agriculture, housing and communal services, energy, fisheries, forestry, industry, tourism, transport, waste disposal and recycling, water management. [10, p.36]. For example, in order to transition to a green economy, tourism requires: orientation to the private sector, development of relations with representatives of the tourism sector, management, planning and development of tourist destinations, fiscal policy and economic instruments, investment in green tourism. [4, p.1265].

The transition to a “green” economy should be carried out at the level of small and medium-sized businesses, so that workers can take advantage of new opportunities, modern social protection programs and labor protection standards are needed. In addition, it is necessary to reform the system of budgetary relations (for example, to introduce environmental taxes), to develop a «green» business, to form a sustainable infrastructure. [6, p.18].

In modern conditions there is a gradual transition to a «green» economy. In international practice, “route maps” have been developed, which represent an action plan for the transition to a “green” economy. There are “route maps” developed for particular types of activity (R & D, policy development, specific technologies). The EU countries adopted a general program for the transition to a low-carbon economy until 2050. The program sets out goals for reducing carbon dioxide emissions. In South Africa, for example, the program “Work for Water” has been developed (it envisages long-term state investments in natural and human capital). [11, p.294]

Currently, social entrepreneurship projects have been developed within the framework of a green economy: Grameen Shakti (renewable energy in India), RAST Apparel (growing eco-cotton); in the USA — IceStone (production of tabletops from recycled materials), Recycle Force (waste recycling), Precious Peastic (using recycled plastics as raw materials), in the UK — Qut Revolution (production of mini-wind generators), In Russia “Environmental Initiative” (processing plastic). [13, p.62]. The BRICS countries integrate the principles of sustainable development into the national economy. For example, in China, the concept of sustainable development includes economic, social, environmental components. For the transition to a «green» economy, the Chinese government provides grants, subsidies, concessional loans. In India, government support is also used, and a system of green government procurement is being introduced. [16, p.43].

In Brazil, the soil care system has been improved, zero and minimum plowing technologies are being introduced. In Belarus, a green economy project has been developed and is being implemented, the main tasks of which are:

The main directions of the implementation of the Concept of the transition to a «green» economy: sustainable use of water resources, the development of high-performance agriculture, the development of energy conservation and waste management systems, reduction of air pollution, ecosystem management. [13, p.63]. Italy is also implementing a green economy policy (more than 25 % of companies from the total number invest in «green» technologies, which allow reducing consumption of resources and ensuring the growth of value added).

Currently, most European countries have a great demand in the field of tourism (Germany, France, Italy, Spain, UK). Saving of natural resources allows to increase economic growth. Therefore, the hospitality industry in Europe has great potential for saving resources and energy. [19, p.254].

EU countries plan to bring the use of alternative energy sources to 20 % of the total. In Denmark, wind energy provides 21.3 % of the total energy in the network, in Sweden and Finland 20–25 % of heat production occurs due to biomass. [12, p.397]. In South Korea, the focus is on industry, energy and investment, «green» modes of transport, alternative sources of fresh water, waste treatment technologies, and the arrangement of rivers within the city.

In the US, the main focus of the green economy is the development of alternative energy. In the future, by 2030, 65 % will be produced. [14, p.158]. In the UK, green projects are now being made public, aimed at creating 100,000 new jobs. [10, p.34]. A number of European countries are planning to 2035–2050. to completely abandon fossil energy sources and switch to carbon-free provision. Russia's transition to a green economy has the following features: high intellectual potential, the presence of large undeveloped territories. [15, p. 525].

In Russia, in order to implement the concept of transition to a “green” economy, it is necessary to use alternative methods of obtaining energy, reduce water consumption, increase agricultural production without deteriorating soil fertility, and increase the level of waste disposal. [18, p.5464].