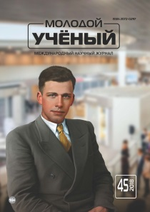 Despite the fact that in the eyes of journalists the gift of the word remains one of most necessary for a professional, neither the theorists nor the practitioners have consensus about what is the most important thing in the system abilities. In their entire complex, basic characteristics (intellect, emotionality, will), social (ability to work, creativity, personal development), professional (cognitive, projective and communicative). In addition, the modern media worker has research, acting, directing, communicative, organizational and commercial makings.

The basis of abilities is the intellect, which determines the learning journalist of knowledge and experience, their preservation, use in practice. AT crisis situations when society becomes aggravated clash of economic and political forces, special hope placed on the activity of intellectual possibilities, as they internally not limited.

Intellect includes attention — a kind of setting a person to perceive priority information and performing tasks, imagination is the ability to create new images in the course of reflection of reality, memory is a type of mental reflection of reality, suggesting reinforcement, the preservation and subsequent reproduction by a person of his experience, thinking is the highest form of creative manifestation of personality.

Let's see how leading components are revealed in journalism. intelligence. In the memoirs of war correspondents, we often find the lines that they had to work under bombing and shelling, in short intervals of halts when the others tried for even a minute forget sleep. Work in extreme conditions, of course, requires exceptional attention span But in the ordinary, the daily life of a journalist’s success or failure depends on the volume disreputability and switch ability of his attention. Agranovsky was that he easily entered into any new topic (literally, like a fish in water), got into an unknown story and thoroughly understood it. “I paid attention” — this phrase is often found in the memoirs of those who talk about their journalistic work. Sometimes inattention to insignificant details can undermine the credibility of both the speech of the correspondent and himself.

There cannot be any one model of ability for all professional specializations. For reporters, priority is given to quality, correlated with mobility and efficiency, ensuring success in conditions of a hard rhythm of information gathering. Do analysts dominate research skills, logic, depth and non-standard thinking, publicists — figurative perception, ideological, among television and radio broadcasters — sociability, personal charm, artistry?

The relevance of the discussion of the problems of speech culture in modern language practice of society is beyond doubt. Judgments that Russian language culture has undergone major changes and its state reflects the common problems of the culture of the nation, became «common place».

So, it is often argued the need to develop a concept “Linguistic security” aimed at protecting the Russian language.

The rationales for this position are:

– The catastrophic scale of illiteracy and lack of culture;

– total criminalization of language and culture;

– globalization and global aggression of the English language.

The objectivity of these arguments is indisputable, in the illustrations each of they do not need. Discussing modern problems of speech culture now it is better not to look for the answer “How to”, but to ask the question “How is it better to say? " form language taste, sense of boundaries possible, otherwise — the parameters of the speech situation.

Reassess the role of media representatives in such activities is impossible. But also to offer them a clear program of action, unconditional benchmarks and distinct assessment criteria are very difficult. Difficulty generates the current state of the theory and practice of oratory as a science. The speech culture of a journalist manifests itself in its visible aspect — verbal behavior by which it becomes possible to judge not only literacy journalist, but also about his culture in general.

There is an urgent need to establish contact with the audience mastering all the norms of speech culture. And not only because a journalist trying to gain the confidence of the respondents is important elementary competently speak and articulate your own thoughts.

Modern journalism, perceived for many years as a “teacher life, «today strive to catch up, to improve consumer confidence, and therefore for the journalist himself, which society trusts to represent its own interests, it is important “Rise” above this society in order to justify the trust and respect which is provided to him. In the journalist, people appreciate not the ability to make trouble, as it may sometimes seem, and not the ability to «get» inattentive to official people. The important thing is that a professional journalist can clearly to express thoughts and correctly formulate a problem of concern to society. If in his behavior (including speech) the journalist descends to the level of the crowd, the first who will not pay due respect the journalist will be the same crowd.

What factors determine the level of journalistic speech culture?

There are a lot of such factors. Among the most significant — the speech environment in which the future journalist grows and educates, availability and quality his vocational education, worldview (value) priorities, the ability to self-education and self-development.

The last of these factors (the ability to self-education and self-development) is perhaps the first in importance, because of it depends and neutralize the negative effects of adverse speech environment, and the ability to fill gaps in professional education, and the opportunity to revise as necessary worldview priorities.

Ability to self-education and self-development (or lack thereof) in turn — also a phenomenon that depends on many factors. Purpose of this work — to show the possibilities of rhetorical reflection in the formation and developing this ability. Rhetorical reflection is a complex phenomenon. On the one hand, this one of the main methods of teaching rhetoric: other methods are based on it, promote the development of critical thinking. On the other hand, this and the main method of knowledge, through which the knowing subject discovers “unknown lacunae” and looks for ways to “fill in” them.

This is, finally, a necessary stage of rhetorical activity, the final path «from thought to word». What is a rhetorical reflection with a closer considering?

According to a fairly broad definition, V. N. Marova, reflection (applied to rhetoric) are “forms of verbal and intellectual activity (hereinafter — RMD), aimed at understanding their own speech action ". E. A. Yunina provides a more “technologized” definition.

From her point of view, this is a complex analytical two-phase the process, the first phase of which is psychological is the study of the subject of speech activity sensations that arose from him at the end of the RMD process. This phase is very important: sensations, according to Freud — a fertile material for study, because they reflect the true condition of a person, they are able to give the subject information about him himself. Identifying sensations is the process of a) deriving them.

From the sphere of the unconscious (the goal is to make the implicit explicit); b) analysis identified sensations — search for the causes of their occurrence (definition sources of sensation).

The process of identifying sensations allows you to answer questions:

– what to do to strengthen the sources of positive emotions?

– How to prevent the causes of negative emotions?

The second phase — rational — the adjustment of the product RMD, ie, text (clarification, addition, replacement of some positions by others, etc.), and also ways to present it (in verbal communication). From our point of view, reflection is not only an activity, the final «way from thought to word» and aimed at the result (text / discourse). This and specific forms of RMD accompanying “any the subject’s speech act ", as well as their sequence (and aggregate). Let us clarify this thought: since rhetorical learning built on the mastery of the main stages of the RMD — the invention (inventions), dispositions (dispositions), verbal expression (elocution), pronouncing (action), of course, reflection accompanies each of these stages, acquiring a certain “focus” on each of of them. What is in the «focus» of the reflection consciousness on stage of the invention? It is difficult to give an unequivocal answer to this question, because that today in rhetoric there is no single concept of invention:

The initial speech design includes ideas about the general course argumentation and its implications for the audience and the speaker himself: what is form of publication? What should be the volume of the statement? what topics will it contain? what groupings will it create in the audience? how will look in the eyes of the audience rhetor? What will be the immediate and subsequent reaction of the audience? what place will take this statement Speaker of his other publications? etc.

The search for the answer to the question “what is the focus of reflection on the stage of invention?” leads to the idea that the established rhetoric in theory concepts of the invention, in all likelihood, do not exclude each other, but coexist on the principle of complementarity, entering into dialogic relations.