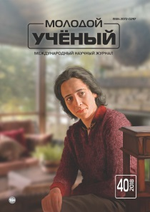 The best minds of mankind have tried and still are trying to unravel the mystery of the universe. However, the priority place in his study belongs to the philosophy, or rather, that part of it, which has now become an independent scientific discipline, ontology. Ontology and its questions occupy an important place in the work of Abu Ali ibn Sina. The epoch in which this outstanding thinker lived and worked, from the modern era delays a huge time interval. However, the further the time pushes us, now living descendants, from the Avicenna era, the more astonishment and admiration is caused by his thoughts and scientific accomplishments.

The present work is devoted to the analysis of ontological views in the works of Ibn Sina, which contributes to finding answers to questions arising in the process of cognizing certain aspects of nature, the essence of man, the world, the universe as a whole, and in part to the global challenges of the modern world, eternal questions of being and nonexistence.

In ontology, he considers the problems of universals, the relation of essence and existence, the doctrine of «being-possible» and «being-necessary» since being according to Aristotle and Ibn Sina cannot act as a genus divisible into any species. The subject of metaphysics in Ibn Sina is the existent as such. Ibn Sin considered the ultimate basis of being as a timeless integral entity («being-necessary in itself»), that is, God is immutable and time-bound, and the world is identified with the totality of things in space and time, which in themselves are only possible («being possible in itself»). But since the totality of things is included in the universal system of cause-effect relations, they become necessary («being-necessary due to the other»). Thus, the attitude to God is likened to the relation of logical investigation. In divine science, the correlation between these three «hypostases» of existence is called emanation. According to Ibn Sina, universals exist only in things and after things as a reflection of things in the human mind. This doctrine can be characterized as pantheism with a strongly pronounced deistic direction.

The initial concept, the foundation of both the philosophical ontology and the epistemology of the great scholar Abu Ali ibn Sina is the category «substance». In giving the definition of substance and accidence in the «Book of Salvation» the Head of the philosophers emphasizes that every entity that is not in the substratum is called substance, and every essence, the formation of which is conditioned by the substratum, is accidence. In «Majmuu rasaili al-Shaykh ar-Rais», which is traditionally taken to translate as «Ibn Sinas’ Epistles» when discussing why it is not necessary to accidents, Avicenna reports additional information of the following nature. «Accident» writes the philosopher, «is what is in the substratum. Substrate precedes accident, and accidents without substrata cannot exist» [1].

Among the basic characteristics of a substance is its staying not in a substratum, which can and must be interpreted as independence in its origin and existence from another thing, in a sense its self-sufficiency and absoluteness. The mutual consistency and complementarity of the substance and accidents, which ensure the functioning of the existent as such, the serious differences between them, however, do not in any way neutralize. If the accident is something that is actualized only because of something, the substance in Ibn Sina’s philosophy not only becomes actualized in itself, but also has the ability to actualize anything other than itself.

The following circumstances attract attention. This, first, that the substance is in the container. Secondly, the fact that such a receptacle in the broad sense of the word can be both matter, first matter, and substrate. Thirdly, the fact that the substance can be in such a container as matter and primitive matter, but can not be in such a receptacle as the substrate. The relation in the whole of substance and container appears in Avicenna are follows. Substance 1) or it will be a receptacle in itself; 2) either it will be in another receptacle, but not of the same kind as whiteness in clothes; rather a substance in order to exist, in fact, needs this thing, which takes it; 3) either it will not be a receptacle, nor in another receptacle.

The category «jauharun», traditionally deciphered as «substance», the Head of Philosophers considers not in isolation from other categories, but in close organic connection with them. The analysis of «substance» in the heritage of the great philosopher, therefore, assumes from the methodological point of view its investigation in systemic relations with other categories. Substance and accident, in turn, acquire their true meaning each only in comparison with its opposite, in opposition to it, being in its own way the ultimate level of the mapping of «what exists as such». Being, however, is by no means a synthesizing concept, for, in the opinion of the philosopher, it refers to the number of primary undetectable concepts in general. The explanation in this regard Avicenna gives the following: «Being cannot be explained by any name because it is itself the principle of any explanation. It is inexplicable and actualized without any mediation» [2]. The existing Ibn Sina gives four basic meanings: two for what is in the substratum, and so many for what does not exist in the substratum.

Stay or not stay in the substrate is the main criterion on the basis of which the substance and accident are differentiated, in relation to which the being, therefore, is not expressed in an equivalent way. If the substance is that which is not in the substratum, then accidents, on the contrary, are not only in the substrate, but in general it is unthinkable without the latter. This should be understood in the sense that if the accident for its emergence needs something, what is nothing but a substratum, then the substance is not required at all. The substance, therefore, is that which exists in a certain sense in itself. «For the existence of all that exists in itself, there is no need, except in itself. And everything that needs nothing, except in itself, is not an accident of another thing, which exists also independently by itself» [1].

Ibn Sina is the greatest figure in world history, and hundreds of fundamental scientific studies, articles and monographs are devoted to his work. His legacy is so vast and multifaceted that it is almost inexhaustible. Philosophical thought must seek answers to these questions from the whole universe not only on the basis of the present, but also on the wisdom and life experience of past eras. The philosophical teachings of Abu Ali ibn Sina stood the test of time, as they attempted to reconcile two opposing worldviews — mind and faith, philosophy and theology, science and religion. Ontological teachings of Avicenna had a significant impact on the subsequent representatives of not only Arabic-language philosophy in particular, but also on the development of philosophical thought in general. This is an invaluable contribution, inherited by world philosophy.