The modern definition of artificial intelligence 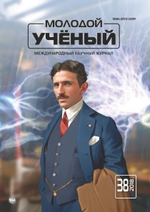 The training is based on empirical data and is associated with a non-AI, clever artificial intelligence and soft computing. The subjects of computational intelligence, as defined by the IEEE Computational Intelligence Society, include mainly: neural networks: trainable systems with very strong pattern recognition capabilities.

Fuzzy systems: methods of reasoning under uncertainty are widely used in modern control systems of industrial and consumer goods; able to work with concepts such as «hot», «cold», «warm» and «boiling».

Evolutionary computation: applies biologically inspired concepts such as populations, mutations, and survival most appropriate to obtain more effective solutions to the problem.

With hybrid intelligent systems attempts are made to combine these two groups.Expert inference rules can be generated through a neural network or production rules from statistical training. It is believed that the human brain uses several methods to formulate and cross-control the results.

Thus, system integration is seen as promising and perhaps necessary for true AI, especially the integration of symbolic and connective models.

Reading, understanding and learning have long been the biggest challenges that an artificial intelligence system has to overcome. Not surprisingly, when the model of artificial intelligence, developed by Alibaba, in the past month have surpassed men on tests of reading comprehension, several media outlets perceived the event as an achievement in the world of artificial intelligence. The system developed by the company on the basis of artificial intelligence will allow to monitor the multi-million population. At the initial stage of implementation of the system machine vision will track pigs using cameras that will keep records of animals, focusing on the stigma with ID on their backs. In the future, Alibaba intends to improve the system by adding features such as animal health analysis. This will be used, for example, infrared sensors that will monitor the motor activity of pigs, as well as a voice recognition system that screech pig will be able to determine that it accidentally crushed a large pig (and this is the cause of death 3 % of piglets annually!) or in time to detect a cough in the herd, which will avoid the epidemic.

Let's look at an example. While perceptual tasks such as image recognition are more applicable to an intelligent computer-based learning system, the situation is different if we consider cognitive tasks such as reading and understanding. Such cognitive tasks require a more than pure approach to computer learning because there is a great deal of ambiguity that needs to be overcome to understand the language. More complex possibilities are needed to remove the ambiguity of a word that can Express different meanings in a context.