Place the theory of translation among other disciplines 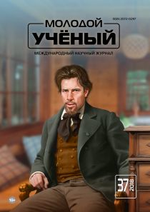 In the translation process, the text in one language (IJ) is converted into text in another language (AJ) while maintaining the unchanged content plan, that is, the value or, more precisely, the set of values expressed in the source text. In order to fulfill its task, namely, to reflect the essential laws of translation, the theory of translation must first establish coincidences and discrepancies in the ways of expressing identical values in the IW and in the PY and on this basis reveal the most typical ways of overcoming these discrepancies («translation techniques»). In essence, such a task is linguistic, and the theory of translation, which poses such a task, can not be anything else but a linguistic discipline.

The translation, as was emphasized above, deals not with systems of languages, but with specific speech works, that is, with texts. In speech, as we know, the stratification of the linguistic system over levels or aspects (morphological, syntactic, lexico-semantic, etc.) is overcome; Within the limits of the speech product, a complex interaction and synthesis of qualitatively dissimilar means of expression of values takes place. Therefore, for the theory of translation, the belonging of the units under consideration to a certain level or aspect of the linguistic system is completely irrelevant; the comparison of linguistic units in the theory of translation is made only on the basis of the generality of the content expressed by them, that is, in other words, on the basis of the semantic generality of these units, regardless of their belonging to one or to different levels of the linguistic hierarchy.

Let us explain the specific examples given, for example, we set ourselves the goal of a comparative study of the temporal forms of the verb in English and Russian. In this case, the comparative grammar of these two languages should be limited to the study of the similarities and differences of precisely the perennial verbal forms, that is, to remain within the morphological level in both English and Russian, completely without touching on the question of what particular meanings may be in one of the languages to be compared is not morphological or even generally grammatical, but lexical-semantic means.

In this regard, it should be noted that in modern linguistics in general there is a tendency to move from studying language to an abstract system to studying the functioning of language in speech. This tendency is also manifested in the increased interest in the issues of speech activity, studied in terms of psycholinguistics, and in the development of the so-called «actual syntax» and «communicative sentence division», which is conceivable only if the functioning of the sentence is considered in the system of connected speech, and, finally, in the emergence of a new branch of linguistics — «text linguistics» 2. All of these areas of the study are related to the theory of translation, one can even argue that the linguistic theory of translation is just like «comparative linguistics of the text», that is semantically identical comparative study of multilingual texts.

It is necessary to make the following clarification: strictly speaking, speech as such can not be the subject of linguistics, for it is always individual, unique and unique, and any science can study only something general, regular, typical and regularly reproducible. Speech serves for linguistics only the material from which it derives its object of study, namely, language. If we say that in modern linguistics there is a tendency to study the use and functioning of the language in speech, this means only a shift in the study of the same object — the language, expressed not in the static but on its dynamic side, not the approach to language as to the inventory of units, and to study it in action, in real operation. It can be said that the main task of modern linguistics is the construction of an «active language model» of a model that reflects the dynamic aspect of a language considered, in terms of Humboldt, as «energeia» (activity), and not as «ergon» (product of activity). This path is one of the main directions of modern linguistics — the so-called generative linguistics (the school of N. Chomsky in the United States, we have applicative grammar in the Soviet Union and similar directions).

As for the theory of translation, from our point of view, it refers, firstly, to the number of branches entering into macro-linguistics and, secondly, to the field of applied linguistics. The assignment of the theory of translation to applied disciplines is apparently understandable and does not require motivation. Less self-evident is its attribution to the field of macrolinguistics. Essentially, this means that we do not consider it possible to build a theory of translation on a purely linguistic basis, without taking into account extralinguistic factors, that is, phenomena that lie outside the structure of the language itself, although directly related to it. Let us now try to substantiate this situation.

Above we said that the translation process does not affect language systems as certain abstract objects, but specific speech works (texts), which, as is known, are built primarily from linguistic material; but they are not exhausted by them, that is, they are not reduced solely to language as such. Any speech product necessarily assumes as the necessary condition of its existence the presence of the following moments:

3) participants in the speech act, that is, the «sender» (the speaker or the writer) and the «recipient» (listening or reading the given text), each of which is characterized by a certain experience of both nonlinguistic (knowledge of the surrounding real world) and linguistic language) of the character.

Without these extralinguistic moments-the topics of communication, the situation of communication and participants in the speech act-the speech act itself is unthinkable, unrealizable to the same extent that it is not possible without language. At the same time, which is especially important for the aspect of this problem that interests us, the above extralinguistic factors are in organic connection, in close interaction with the linguistic means by which the speech product is constructed. Namely, the very understanding, that is, the disclosure («deciphering») of the meaning of this text is largely due to the presence of these extralinguistic factors, that is, based on the information that the «recipient» extracts from them to the same extent as it extracts information from the language components of the spoken language proper.

As already noted in the linguistic literature, the role of extralinguistic components of the speech act in revealing the meaning of certain elements of the text consists, first of all, in the removal of the polysemy (both lexical, grammatical or structural) of linguistic units used in this text, as well as in replenishment those language units of the text that can be omitted as a result of the ellipsis due to situational conditions. Generally speaking, any language has all the means necessary to fully and unambiguously express any content without resorting to extralinguistic factors. In practice, however, it turns out that the presence of these extralinguistic factors is almost always taken into account by both participants in the speech act, giving them the opportunity to eliminate from the speech all or many excess elements and thereby ensure a more economical use of linguistic means. The complete disregard of extralinguistic (situational) factors would lead to the fact that any ambiguity would have to be eliminated from the speech and the «sender» would have been compelled to disclose completely and unequivocally, through the language context itself, the content of all elements of speech, which would inevitably lead to excessive speech redundancy, exorbitant «swelling» of a speech work.