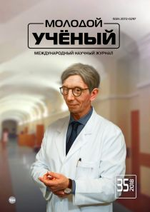 Air pollution is a major public health problem in most cities in the developing world. The main sources of air pollution in major cities of Kazakhstan is emissions of exhaust gases by road. Despite the reduction in production sites, the level of atmospheric pollution in cities and industrial regions remains quite high. In this paper, the problems of the ecological situation in the Republic of Kazakhstan and the contribution of vehicles to its aggravation are considered.

Transport, as the most important component of social and economic development of any settlements, consumes a significant amount of natural resources, and thus has a direct and indirect impact on the environment in the form of emissions, waste that pollute all components of the natural subsystem of the city, which ultimately creates an environmental danger to humans. Along with the noted, types of transport services and their volumes are continuously growing, freight and passenger traffic are increasing. Older forms of transport are replaced by new ones that require high-speed and well-equipped transport highways [1]

In the world practice of automotive and vehicle operation, certain successes have been achieved in the field of environmental safety. First of all, the norms for toxic emissions of cars have been adopted. These norms are gradually phased in. To ensure standards, technical improvements are made to car engines, waste gas neutralizers, new types of fuels, «hybrid» cars and electric vehicles, etc. are used.

The most important task of environmental safety of road transport is to reduce air pollution by harmful emissions of exhaust gases from cars.

The most effective and recognized worldwide measure is the regulation of toxic emissions and the control of cars on test driving cycles. Depending on the level of normalization, the effectiveness of these measures is from 40 to 90 % reduction of harmful emissions of cars into the environment.

In European countries, the standards of the United Nations Economic Commission for Europe (Euro1 — Euro5) apply to road transport.

The effect of technical regulations applies to vehicles that are put into circulation on the territory of the Republic of Kazakhstan and establishes requirements for the fuels and ecological characteristics used by them for the emission of harmful substances into the atmosphere. The Regulation does not apply to the fleet of vehicles in operation.

According to the technical regulations in the Republic of Kazakhstan from January 1, 2009, restrictions on emissions of harmful substances of road transport at the level of European standards for Euro 2 will be applied. In 2011, Euro 3 and 2014 standards are introduced — Euro standards 4. It is expected that the introduction of standards The euro on emissions of vehicle toxic substances in Kazakhstan will lead to a significant improvement in the environmental safety of road transport. To implement this technical regulation, it is necessary to carry out a number of measures for standardization, certification and organization of control of the emission of harmful substances of motor vehicles imported into the republic [4].

No country in the world in its historical development can do without and will not do without a developed transport infrastructure. The role of transport in the life of the planet, state and city is really important, because only the movement leads to progress. A striking example of this is our city Astana, which personifies not only a multi-million megapolis with a developed economic structure, but also is the largest cultural and political center of the country.

The progress of human society is inseparable from the history of transport development. If the word «transport» is understood primarily as a process of displacement, then it can be argued that without the movement of implements and objects of labor and the person himself, it is impossible to obtain (produce) food, or make clothes and dwellings, or any other expedient activity.

The volume of transported goods is dominated by road transport — 79 %, in the second place — railway — 10.6 %, on the third — pipeline — 8 %. The remaining types of transport account for less than three percent of the total volume of goods transported. The role of certain modes of transport in passenger transportation looks different.

The ecological situation is becoming an increasingly important factor of development, affecting the level of the economic well-being of the state. Kazakhstan has complex diverse environmental problems. In the CIS, in terms of emissions of harmful substances into the atmosphere from stationary sources, the Republic of Kazakhstan is in the top three (after Russia and Ukraine). In this regard, increased demands are placed on the environmentally sound operation of transport. The technical condition and the quantitative size of the vehicle fleet worsen the ecology of the major cities of the republic [5]. The share of transport in environmental pollution reaches 30 %, which exceeds the analogous indicator of the developed countries of the world by more than 1.7 times. The share of Kazakhstan's motor transport in air pollution is 60 %, in Almaty — 90 %. In Astana, every third vehicle is operated with an excess of environmental standards, the share of mobile pollution sources exceeded 50 % of total gross emissions.

A negative impact on the environment is provided by road transport, which emits dozens of pollutants with exhaust gases, with a total volume of up to one million tons. In most large cities, the contribution of vehicles to air pollution is 60 % or more in recent years, and in Almaty — 90 % of total emissions. Compared to 1991, the total gross emissions from motor vehicles decreased by 2.7 times and amounted to 2016. Despite the increase in the fleet of vehicles, which at the same time was about 7 %, this situation is explained by the following factors:

– a fall in the volume of transport work 1.9 times in passenger and 3.0 times in freight traffic;

– a decrease in consumption of motor fuels (by 3.2 times for gasoline, by 1.5 times for diesel fuel)7. 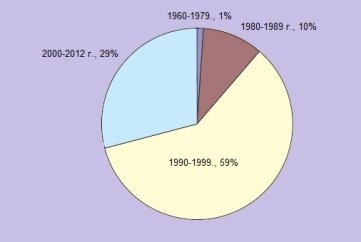 Fig. 1. Distribution of emissions by year of production of cars. 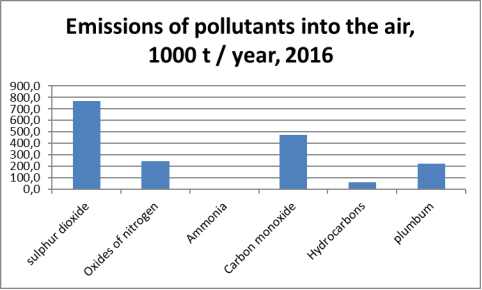 Fig. 2. Emissions of pollutants into the air

To limit the negative impact of transport on the environment, the Republic of Kazakhstan initiated the introduction of international technical and environmental standards «Euro». Currently, the proportion of automatic telephone exchanges that meet the requirements of the «Euro-2", according to experts, is 63 %. Environmental requirements at the level of «Euro-3" are introduced from January 1, 2012, «Euro-4" — from January 1, 2014. The introduction of the standards «Euro» provides for a ban on the import and production of cars in the country that do not meet the requirements. At the same time, the norms of the Technical Regulations will not affect already used cars, which will be used up to complete wear and tear.

The Kazakh Hydrometeorological Service (Kazgidromet) is responsible for monitoring air pollution in the country. Established in 1972, the systematic system of monitoring air pollution in Kazakhstan had a period of unsustainable work and poor service, during economic disruptions in the 1990s, but its functioning was again restored by 1999. Currently, the monitoring system covers 34 major cities and an area with intensive industrial activities in the country. Observation of air pollution is supported by 104 monitoring stations; including 56 manual and 48 automated monitoring posts. It should be noted that most environmental monitoring posts were established in the 1980s. Consequently, given the urban structural changes and the expansion of the past 30 years, the number and location of existing posts may not be sufficient for a representative analysis of air pollution in cities (Novitskaya, 2013). Monitoring uses both a discrete method (four times a day) and continuous mode; and depending on location and needs, determines the presence and concentration of more than 17 pollutants, including: particulate matter (dust), sulfur dioxide, carbon monoxide, nitrogen dioxide, hydrogen sulfide, phenol, formaldehyde, ammonia and the like. The results of air quality monitoring in 2012 (MEP, 2013) show that the integrated air pollution index exceeds the maximum permissible concentrations in 11 cities of the country, and in 8 of these cities the pollution is characterized as very high. It is known (Ecotech.kz, 2013) that in large cities, such as Almaty and Shymkent, 80 % of air pollution falls on emissions from vehicles. For example, the total amount of pollutants in the atmosphere, in 2008, in Almaty, was 190,100 tons [6].

Motor transport causes direct damage to the atmosphere not only by the emission of components of the exhaust gases, but also taking oxygen from the atmosphere for the combustion process. Currently, up to 70–80 % of air pollution in large cities is due to road transport.

Toxic components in the exhaust gases of cars create a danger to people, lead to respiratory diseases, to the onset of cancer and other diseases. Therefore, the solution of the problem of protecting the environment from exhaust gases is the most important urgent task for improving the atmosphere.

Hydraulic resistances in tangential swirler of vertical shaft spillway with...

Hydraulic resistances in tangential swirler of vertical shaft spillway with...