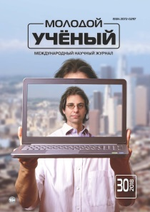 The process of globalization, which is currently developing, leads to the expansion of the interactions of various countries, peoples and their cultures. Influence is realized through cultural exchanges and direct contacts between state institutions, social groups, social movements, through scientific cooperation, trade, tourism, etc. Communication with foreigners becomes a reality, and a clash with representatives of a different culture is included in our daily life. Increasingly, educational institutions exchange students and schoolchildren, teachers organize joint projects and pass internship abroad, thus participating in intercultural communication and dialogue of cultures.

Before the teacher of a foreign language in a university, an extremely difficult task now stands — the maximum development of the communicative abilities of a modern university specialist as a well-educated person who has fundamental training [3, p. 40].

The formation of intercultural competence should be considered in connection with the development of the ability of students to participate in the dialogue of cultures on the basis of the principles of mutual respect, tolerance for cultural differences and overcoming cultural barriers. Intercultural education is aimed at the formation of students 'ability to intercultural communication and promotes both students' awareness of their belonging to a particular ethnos and acquaintance with the traditions and cultural features of representatives of another culture.

As an educational goal, intercultural (social) competence is promoted. The result of learning a foreign language should be not only and not so much a communicative competence, as a social competence, and the learning process of a foreign language should turn into intercultural learning, «learning to understand someone else's«, aimed at overcoming xenophobia and existing stereotypes, and the education of tolerance in relation to representatives of other cultures.

A modern person who speaks a foreign language is involved in the process of communicating with other people who are representatives of their cultures. In this regard, studying foreign language is required not only to have a rich lexical stock and decent pronunciation, it is good to know a foreign grammar, but also to form an intercultural competence. This competence presupposes the achievement of such a level of language proficiency, which will allow, first, to react flexibly to all kinds of unforeseen twists during a conversation; secondly, to determine an adequate line of speech behavior; thirdly, it is unmistakable to choose concrete funds from a vast arsenal and, fourthly, to use these funds in accordance with the proposed situation.

Successful communication is not artificially created ceremonial, inherited from the previous eras, it is growing from the socio-cultural tradition, a practical and unusually popular in our time ability to correctly formulate thoughts, understand oneself and others.

Ability to adhere to certain rules of communication and at the same time to leave them, improvise in communicating with other people, emphasizes our personality and individuality, does not restrict or limit, but, on the contrary, promotes an open dialogue, brings a sense of independence and enables us to be ourselves [3, p. 59].

The formation of intercultural competence presupposes the interaction of two cultures in several directions: acquaintance with the culture of the country of the studied language by means of the foreign language itself and the assimilation of the model of behavior of speakers of foreign culture; the influence of a foreign language and foreign culture on the development of the native language and the model of behavior within the native culture; the development of personality under the influence of two cultures.

The methodology for the formation of intercultural competences of students includes, as a necessary component, practices and research projects.

It is necessary to consider how the formation of intercultural competence of students is taking into account the named directions. In the process of mastering a foreign language, students learn the material that demonstrates the functioning of the language in a natural environment, the speech and non-verbal behavior of native speakers in different situations of communication, and reveals the features of behavior associated with folk customs, traditions, social structure of society, ethnic belonging.

First of all, this happens with the help of authentic materials (original texts, audio recordings, video films), which are normative in terms of language design and contain linguistic and regional information [5, p. 152]. It is important to know the national and cultural characteristics of the behavior of an alien in order to avoid possible conflicts in the course of international communication.

Thus, when studying a foreign language, the student must not only acquire his lexical, grammatical and syntactic characteristics, but also learn to adequately respond to the replicas of native speakers, apply facial expressions and gestures, use speech etiquette formulas and know the cultural and historical peculiarities of the country.

The realization of intercultural communication presupposes a person's willingness not only to accept a representative of a different culture with all of his national and mental characteristics, but also studying a foreign language in all its diversity, students face language and cultural phenomena and compare them with those in their native language.

So, for example, learning the lexico-grammatical system of a foreign language, students have to turn to the knowledge gained in the first language classes in order to highlight similarities and differences in linguistic phenomena and the sphere of their use. Studying foreign culture also leads the student to the need to address the cultural and historical facts of his country. Thus, by studying a foreign language and participating in intercultural communication, a student learns deeper his native language and native culture.

The formation of intercultural competence presupposes the same mastery of the following skills: to see in the representative of another culture not only what distinguishes us, but also what unites; change the assessment as a result of comprehending another culture; refuse stereotypes; use knowledge about foreign culture for more profound knowledge of one's own.

Intercultural competence is formed in the process of teaching foreign-language communication, taking into account the cultural and mental different speakers of the language and is a necessary condition for an early dialogue of cultures. Awareness of the possible problems arising in the intercultural communication of representatives of different cultures, the understanding of values ​​and generally accepted norms of behavior are quite significant factors in the study of a foreign language. And when the trainees are prepared for their decision in a corresponding way, they can avoid misunderstanding, inadequate perception of behavior and potential conflicts that arise due to misuse of the language, erroneous interpretation of the respondent's reaction and assessment of the situation. And the student's ability to refract cultural values ​​in his behavior contributes to his becoming a good specialist in cooperation with representatives of the world community.