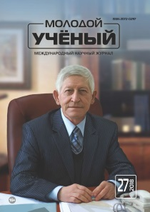 Feminism as a movement of rights of women came along with French Revolution that ideas which were given at that time further were taken by other people. Many females had hoped for freedom, like any other man during French Revolution. But freedom was given to men only. For instance, The Declaration of the Rights of Man and of the Citizen which was accepted by National Constituent Assembly in 1789 in France, written by marquis de Lafayette, asserted that all men “are born and remain free and equal in rights” and stated that these rights are universal. Negro, carpenter and prince were equal in their rights but men forgot to give freedom to the mothers of all these. This observation can be seen in petition which was addressed to the National Assembly sometime after the October 1789 by female citizens.

“It is altogether astonishing that, having gone so far along the path of reforms, and having cut down (as the illustrious d'Alembert once put it), a very large part of the forest of prejudices, you would leave standing the oldest and most general of all abuses, the one which excludes the most beautiful and most lovable half of the inhabitants of this vast kingdom from positions, dignities, honors, and especially from the right to sit amongst you.” [Rêquete des dames l'Assemblée Nationale (1789)]

In this petition with great hope, female citizens asked rightful attitude towards themselves, as they are part of society and part of power which one should always keep in mind.

You have broken the scepter of despotism, you have pronounced the beautiful axiom [that]... the French are a free people. Yet still you allow thirteen million slaves shamefully to wear the irons of thirteen million despots! You have devined the true equality of rights—and you still unjustly withhold them from the sweetest and most interesting half among you! [Rêquete des dames l'Assemblée Nationale (1789)]

A group of women asked National Assembly to extend and recognize political and natural rights of woman in petition. Including such rights as

1)All the privileges of the male sex are entirely and irrevocably abolished throughout France;1

2)The feminine sex will always enjoy the same liberty, advantages, rights, and honors as does the masculine sex1

But petition was discarded/ not discussed. Though other prominent representatives have expressed their views concerning this issue by calling National Assembly, presenting them to extend rights of females’ citizens.

It is considered as a serious work, as it directly speaks about inequality among sexes.

These examples show she did not asked much.

“Woman is born free and lives equal to man in her rights. Social distinctions can be based only on the common utility..” [Declaration of the Rights of Woman and Citizen [1791] by Olympe De Gouges]

“The law must be the expression of the general will; all female and male citizens must contribute either personally or through their representatives to its formation; it must be the same for all: male and female citizens, being equal in the eyes of the law, must be equally admitted to all honors, positions, and public employment according to their capacity and without other distinctions besides those of their virtues and talents.” [Declaration of the Rights of Woman and Citizen [1791] by Olympe De Gouges]

This statement is reflected that women should take part in political social changes, and in formation of law as they will have to abide these laws later on, along the way discussing the eligibility of women to acquire job according her talents.

“No one is to be disquieted for his very basic opinions; woman has the right to mount the scaffold; she must equally have the right to mount the rostrum, provided that her demonstrations do not disturb the legally established public order.” [Declaration of the Rights of Woman and Citizen [1791] by Olympe De Gouges]

If woman is punished equally to man, then she has rights to speak like a man in public. Rostrum should be accessible for women, as a scaffold. For law is equal to all genders. These were some major points touched in her Declaration.

Nevertheless, while some people found it to be fair others did not, as she was executed by the Jacobins because of her declaration and other political activities. The Feuille du Salut public reported that her fault was that she “forgotten the

virtues which belonged to her sex.” In the misogynistic environment of Jacobian Paris, her feminism and political meddlings were a dangerous combination.4

Death of de Gouges, really didn’t stopped the movement of women for equal rights. Other female representatives appeared to defend and point out inconsistencies in matter of equality of genders. Though this representative was English, her logical conclusion establishes foundations for equality among genders. Her name is Mary Wollstonecraft, 18th-century British proto-feminist. In her work AVindication of the Rights of Woman: with Strictures on Political and Moral Subjects (1792), written year after “The Declaration of the rights of Woman and the female citizen” she studies why and how one could achieve equality in education and how it can be beneficial for both genders.

In her work Mary Wollstonecraft studies that education is key to make female gender as useful for society as men are. Though it should be noted the education at that time was quite different for both men and woman at that time. It can be observed in her Vindications. Also she criticizes J.J Rousseau, as his vision of rights of man, referred only man.

“But I still insist that not only the virtue but the knowledge of the two sexes should be the same in nature, if not in degree, and that women, considered not only as moral but rational creatures, ought to endeavour to acquire human virtues

(or perfections) by the same means as men, instead of being educated like a fanciful kind of halfbeing — one of Rousseau's wild chimeras”. 5

Other important element is that her Vindications build on reason. This can be observed if we look at summary made by Dr. Katherine D. Harris:

‒Because women are socialized to rely only upon their beauty, conduct and manners, they soon become unpalatable human beings for others to notice. Their beauty, their most important aspect, fades with age.

‒Women’s education, created by men, causes this: “One cause of this barren blooming I attribute to a false system of education, gathered from the books written on this subject by men who, considering females rather as women than human creature, have been more anxious to make them alluring mistresses than affectionate wives and rational mothers; and the understanding of the sex has been so bubbled by this specious homage, that the civilized woman of the present century, with a few exceptions, are only anxious to inspire love, when they ought to cherish a nobler ambition, and by their abilities and virtues exact respect”

In these lines, Wollstonecraft doubts the validity of knowledge given by books written by males. As she suspects that while writing book a man might be driven by motive to make females more feminine, omitting scientific part or by simplifying matter in the book.

‒ The writings of specific men have made women “artificial, weak characters... and, consequently, more useless members of society”

Thus making their learning too easy, they might have affected their mental capability. It is fact that mental ability should be stimulated with complex tasks and by this mental capacity sharpens.

‒Education will produce an individual who can then choose to lead a virtuous life governed by reason.

The major point in her work is built on equal education. That reasonable female would be able to add her share towards science, philosophy, to society.

Overall, we can see that the end of 18 century had influential impact on development of idea of equality between man and woman. Such people as de Gouges, Mary Wollstonecraft had implemented their share to cause of equality, both by means of reason and philosophy. Their significant impact to further development of ideas of equality are immortal, as now when we refer to “man” we understand it as being that can be both male or female. It is in this age gold standard of equality appeared theoretically, all this happened during French Revolution.

Many points touched above by females, as natural and political rights have become true and common. Women no longer have any challenges to get education they want. They represent their political and social interests by their votes. Recent election in America proved that female candidate can become first president of America. Amusing part of all this historical retrospection is that it (movement for equal rights both male and female) never did stop. As we can see it, if we study the matter of utopia/dystopia written by female writers of late 19th century.

Of course legal basis for total equality during that time was not possible, but ideas and thoughts were freely expressed in novels and literary works of that time. For instance, we can refer to Anna Bowman Dodd who creates a certain kind of utopia where women are free to work and ready to show their talents, in her “Republic of the Future” written in 1887..