The commissioner for human rights in the Russian Federation (ombudsman): concept, functions, powers 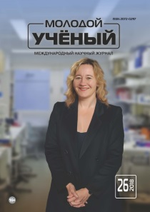 This article examines the institution of the «Commissioner for Human Rights in Russia». The concept of «Ombudsman». Its main functions, tasks and powers.

The Commissioner is the guarantor of the state protection of the rights and freedoms of citizens. It aims to deal with all incoming complaints about the treatment of the citizens of both Russia and in its territory of foreign citizens and stateless persons, the acts or omissions of public authorities, local government and other officials, as well as civil servants.

The main direction of his work is: 1) consideration of complaints; 2) analysis and study of information received; 3) presentation of a report in the State Duma, if the rights of a person and a citizen were grossly violated; 4) appeal to the State Duma with a proposal to create a parliamentary commission: 5) interaction with public monitoring commissions. Thus, it performs the following main functions: 1) control, — i.e. exercises control over the observance of human and civil rights and freedoms. bodies, local governments, officials and the State. employees 2) consulting — i.e. informs these bodies about the state of affairs with respect for the rights and freedoms of citizens; 3) coordination — i.e. organizes the activities of these bodies to ensure human rights and freedoms.

Currently, the position of the Commissioner is: Moskalkova Tatyana Nikolaevna since April 22, 2016.

The main tasks of the Ombudsman include:

1) Restoration of justice in violation of human rights;

2) To control the work of state structures;

3) To conduct work aimed at the development of international relations in the field of human rights protection; 4) To make all possible proposals for improving legislation on human rights and freedoms.

Thus, the powers of the Ombudsman, the human rights ombudsman in Russia, include: 1) To protect the rights of citizens and monitor their observance by state bodies and officials; 2) To make a report to the State Duma with a request to organize a commission to investigate the facts of human rights violations; 3) To apply for instituting criminal proceedings against officials, when revealing facts of violation of human and civil rights and freedoms; 4) to petition for verification of the correctness of the decision taken by the Court of the Decree or Sentence that came into force; 5) apply to the court for protection of the rights and freedoms of citizens; 6) apply to the Constitutional Court concerning violations of the constitutional rights of citizens.

He exercises control and conducts investigation from the position of not only legality, in contrast to the Prosecutor's Office, but also of expediency, conscientiousness, justice, efficiency. The Ombudsman will perform the function of mediation between the government and society, thus being a bridge.

Appointment and dismissal of the «Commissioner for Human Rights» belongs to the jurisdiction of the State Duma.