The concept of imagery in literature and cinematograph 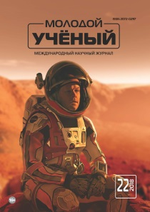 Imagery often makes writing more fascinating through the use of sensual details and adds to deeper symbolic meaning to the text alluring to all senses. Imagery is not defined to visual imagery; it includes olfactory (smell), auditory (sound), gustatory (taste), tactile (touch), thermal (heat and cold), and kinesthetic sensation (movement).

Visual Imagery: relating to visual scenes, graphics, pictures, or the sense of sight.

The clouds were low and hairy like locks blown forward in the gleam of eyes.

Auditory Imagery: relating to sounds, noises, music, sense of hearing or choosing words with a sound that imitates real sounds in the form of onomatopoeia. Words such as “bang!” “achoo!” “cacaw!” «buzz!" all work to describe sounds that most people are familiar with. Onomatopoeia is used mostly in poetry, but has its function in prose.

Joanna, the minute she set her eyes on him, let loose the scream of her life.

The rumbling sound of clouds, indicated start of monsoon.

Olfactory Imagery: is concerning aromas, smell, odors, scents, or the sense of smell.

She smelled as sweet as roses.

I was awakened by the strong smell of a freshly brewed coffee.

Gustatory Imagery: pertains to tastes, flavors, palates or the sense of taste.

Joshua touched the naked wire. It was the biggest mistake of his life.

Tactile Imagery: is concerning physical touches, textures or the sense of touch.

The cold water touched his skin and he felt a shudder run down his spine.

Chloe came running and touched every nook and corner of my face with her slobbering tongue.

Kinesthetic Imagery: pertains to movements or the sense of bodily motion.

Ange's heartbeat was so loud, she felt it could be heard across the room.

The clay oozed between Jacob's fingers as he let out a squeal of pure glee.

Organic Imagery or Subjective Imagery: are the personal experiences of a character's physique, body, including emotion and the senses of hunger, thirst, fatigue, sickness, agony and pain.

Example: Life is too much like a pathless wood.

The parents of cinema are called theater and photography. But, if you understand, then these types of art are synthetic. Cinematography absorbed absolutely all the arts, reworked them and transformed them. You can even say «collected the best» and multiplied. From literature, for example, the film got a story, characters with their uneasy characters, poetry and imagery.

Painting has taught the cinema to handle flowers and their combination, to work with the perspective and composition. From the sculpture is borrowed filigree work with light and volume. Music has taught us how to create mood and harmony... all kinds of arts have shared their best traditions with cinematography. That he, — as once the paintings of Rembrandt, the sculptures of Phidias and Policlet — helped us to see the true beauty.

Synthesis of various types of art is possible on the grounds that all arts — each on the other side, in a different way and by other means — depict a person and his attitude to the world, to his surroundings, to reality. If each autonomous art form shows a person and his relation to reality only on the one hand, then synthetic arts — simultaneously from many sides. The film makes it more versatile than other synthetic arts, because it shows the phenomena: first, in space, secondly, in time, thirdly, in movement and development; fourthly, it shows the person in interaction with objects and other people, and most importantly, fifthly, reveals the inner life of a person with all his actions and experiences, his reaction to the world around him, his sense of reality.

Thus, cinema shows a person more multilaterally, with the help of all those artistic forms of expression that it inherited from autonomous art forms. Therefore, it reflects the reality in a new way.

So, the film shows a person from the outside and his inner world, his behavior, his reaction to the phenomena of life, his actions and at the same time his spiritual life. The cinema gives it visually, directly, unequivocally, literature — only through a verbal text, through the meaning of words, painting conveys everything only indirectly, through one captured and fixed expression, and music is multi-valued, as it can only express imagery.

The image, as it is usually defined, is the sensual content of a literary work. More recently, it was assumed that images cause pictures, and it was once believed that the images are not literary, but stem from the imagery of the language. But today the opinion has been confirmed, according to which the images include all the sensible. And the real sensual objects in the work are images.

"... not the idea itself, but only artistic fantasy makes this or that content poetic, comprehending it in such a way that it stands before us as an architectural, sculptural-plastic or pictorial image...

... in poetry the very internal representation is both content and material. But if the idea is already outside the art is the most ordinary form of consciousness, then we must first separate the poetic concept from the prose. "

Hegel uses the term «artistic fantasy», through which it is possible to most accurately explain the concept of «image». In general, the definition of Hegel, despite a certain difficulty in understanding, most accurately and accurately reflects the essence of the concept. If we omit the conventions, then the image is our idea of ​​something. And if we add poetics to this view, then we will get nothing more than an artistic image. But the artistic image is an even more multifaceted and complex notion that can hardly be described in words. You can call it a form of thinking in art, define as reflections of objective reality, the interacting unity of the objective and subjective, etc. The most interesting interpretation of the artistic image offers ancient Indian art. According to Anandavardhana (9th century), the figurative thought (dhwani) had three basic types: a poetic figure (alamkara-dhwani), meaning (vastu-dhwani), mood (rasa-dhvani). Each of these types of figurative thought was built according to the laws of artistic conjugation, the comparison of different phenomena. This is how, for example, the poet Kalidasa Dhvani expresses his sentiments in the Sakuntal. Turning to the bee that whirls around the face of his beloved, the king of Dushyanta exclaims: «You now and then concern her trembling eyes with their moving corners, you gently hum over her ear, as though telling her a secret, although she waves her hand, you drink The nectar of her lips is the center of pleasure. About the bee, truly you have reached the goal, and I wander in search of truth. " Here, without directly naming the feeling that took possession of Dushyanta, the poet conveys the mood of love to the reader. This is achieved through a skillful comparison of a dreamer about a kiss of a lover with a bee flying around a girl. In my opinion, this is a very successful example of using an artistic image. And the ancient Indian typification well conveys the basic principles, namely, the film image. The poetic figure will be the object or object, the meaning will appear thanks to a dramatic basis, and with the help of a variety of techniques (light, sound, color, etc.), a mood is created, which together represents a film.

There is still an interesting approach to understanding the film image.

In the two-volume «Movies» Deleuze offers a logically constructed concept of cinema as «image-motion» (v.1) and «image-time» (v. 2). Based on his research on the main provisions of A. Bergson's intuitionism, he thinks of the cinematic image as the unity of two realities — physical (image-movement) and psychic (image-time). This unity is achievable thanks to the Bergsonian duration — the impression of continuity of movement at any time, as in animation. Based on the analysis of the specificity of the cinematographic frame, the plan, the editing, the editing sheet for such masters as D. Griffith, S. Eisenstein, V. Pudovkin, A. Dovzhenko, D. Vertov, F. Murnau, F. Lang, Deleuze considers three types image-movement is image-perception, image-emotion and image-action — in the classical (pre-war) and modern (post-war) cinema. The Deleuzovsky concept of image-emotion is based on the analysis of the face and a close-up in the cinema. Two facial poles are revealed — intense, expressing strength (mobility, desire), and reflective, reflecting pure quality (immobility, feeling). Their specificity is considered in the works of Griffith and Eisenstein, German expressionism, lyrical film-abstraction (light, whiteness, reflection). The concept of the icon is introduced as the unity of the expressed and the expression (by analogy with the signified and signifying). A close-up is associated with the loss of the three classical functions of a person — individuation, socialization, communication, and his dehumanization. A close-up of a naked, phantom, vampire face evokes fear, provokes the main theme of I. Bergman's cinematic creativity — «face and nothingness».

From this it can be concluded that the «film image» is the fundamental, the main component of any cinematographic work. A movie is a mechanism that evokes emotions, understanding the fantasy of what is happening, emotionally the viewer treats him as a true event, which makes him an accomplice in any, even the most surreal action.