A psycholinguistic approach to communication in foreign language teaching (English) 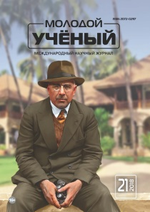 Maintaining effective communication skills is one of the main goals of foreign language learners. Proficiency of language does not depend on linguistic knowledge. It is widely accepted that a structured syllabus can be based on basic language knowledge and it can be acquired only through the creative effort to communication. Ability of understanding of speaking, reading, listening and writing is considered to be an essential part in learning language. Acquiring communication skills, from listening to comprehending and from thinking to speaking, requires a significant practice. Communicative competence can be achieved only by real language interaction. From psychological point of view, acquiring a foreign language is quite broad problem the study of which is based on very large-scale research in the context of establishing general psychological patterns knowledge-building process, as well as in the context of specific aspects of the teaching of foreign languages.

Therefore, when learning a foreign language, a deep awareness of foreign language means and ways of forming and expressing thoughts, comprehending the semantic nature of language are essential factors, despite the fact that a person, when formulating a thought, thinks only about the content of an utterance, and not about the form of its expression, realized unconsciously, at the level of fluency. Russian psychologists divided into two types foreign language learners, according to their individual characteristics and differences: «communicative-speech» and “mixed” types [2,153]. As it is proved that the left hemisphere carries out the linguistic design of speaking, and the right hemisphere controls the emotional coloring and carries out a pragmatic rationing of speech [3].

The study of the organization of cognitive processes can provide effectiveness of various types of activities, including, learning a foreign language. In organizing the process of learning a foreign language, it is necessary to take into account functional asymmetry, since the differences between the right and left hemispheres are revealed in various aspects of the work of the brain: in the realization of sensory and vegetative functions, in the psychic processes, in the way information is processed, although the mechanism, causing these differences, has not yet been clarified. Learners who possess communicative-speech and cognitive-linguistic types can be more successful in learning language depending on the source for obtaining information, the degree of load and the methods of teaching [4].

A. A. Leontev emphasizes that the practical implementation of the intensification of teaching a foreign language requires a definite and integral scientific and psychological understanding of the essence of educational activity, the psychological content of the learning process, the interaction in it of individual psychological and collective psychological qualities. А. А. Leontev proposes the following provisions for its interpretation: it is necessary to train not so much the language itself as the speech activity on it; the main function of audiovisual and technical means is to provide a materialized form of actions and operations that are transformed into internal, purely mental; the teaching of the language proper in the psychological sense is reduced to the formation of orienting actions necessary for speech activity, and to mastering the means for carrying out this activity; to learn the language is necessary, forming the motives of educational and speech activity, as a component educational process; the formation of foreign speech activity should be a refinement of its individual structural components and their subsequent integration into an integrated system of activities, which is associated with the transition from conscious execution of individual operations to their full automation; The use of an «adaptive» method of forming operations plays an auxiliary role [5, 293–294].

In order to create working atmosphere teacher should organize classroom activities, leading to a considerable progression of communicative abilities. The teacher performs a role of instructor in activities, as well as he or she presents new language, directs control over the learners’ performance, corrects and evaluates it. A psychological support towards students should be the main factor in teaching process. Additional assistance and easier tasks can be given to weaker students in the initial stage of learning due to students have time to build their confidence. Taking into consideration, teacher helps to determine strengths of the students by creating the feeling of confidence and safety during the lessons. It is clear that the acquisition of communicative approach is a gradual process. Communicative competence is based on not only good knowledge of grammar and vocabulary.