Comparative analysis of the zoonyms in English and Uzbek 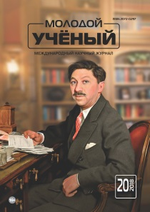 Zoonym components in the English and Uzbek languages are distinguished by a special mental natural association that unites people with the animal world, which is based on a deep connection between the evaluation of semantics and biological signs of animals. The zoonym in the phraseological unit is its semantic center (that is, zoomorphism), and it is in it where lies the basic metaphorical meaning that gives the meaning to the whole expression.

The English and Uzbek phraseological units with the zoonym component fund are rich and diverse. The reference to the names of animals is considered natural and normal, since animals, like humans, have their own characteristic habits and peculiar features; each of them has its own way of life and has a unique type of behavior. Many animal names are currently set metaphors. In Uzbek, as well as in English, for example, the cow is stupid (‘sigir ahmoq’), the hare is wise (‘quyon dono)”, the fox is sly/traitor (‘tulki ayyor’), the bear is clumsy (‘ayiq beo’xshov’) and so on. Phraseological units with the zoonym component as the name of a wild animal are also quite common. The main “heroes” of such expressions are hare (quyon), bear (ayiq), monkey (maymun), peacock (tovus), e.g., strut like a peacock (‘to display oneself proudly’).

The phraseological image is formed on the basis of a person's idea of an animal, and the animal's name is sequentially associated with an object that has certain qualities and properties, and with its symbolic meaning. And this is natural, since the whole world around a person is perceived by him through the prism of mythological thinking.

– to chicken out (‘to be too scared to do something usually after previously agreeing to do it’) — qattiq qo’rqmoq, for ex.: 'I was going to do a parachute jump, but I chickened out on the day.'

– to be a dark horse (‘A person who keeps their interests and ideas secret, especially someone who has a surprising ability or skill’) — og’ziga tolqon solgandek jim yurmoq, for ex.: 'I didn't know that Sandra could play the drums. She's such a dark horse.'

– to be a pussy cat (‘a person who is very gentle’) — juda ham hushmuomala inson, for ex.: 'Don't worry. He looks frightening, but really he's a pussy cat.'

– to be bull-headed (‘a person who is stubborn’) — eshakdek qaysarlik qilmoq, for ex.: 'Stop being so bull-headed and come to the cinema with us. Everyone is going except you.'

– to smell fishy (‘it is dishonest or suspicious’) — nosamimiy yoki shubhali, for ex.: 'My son's story smells fishy. He said that he'd been in the library all day, but I think it's closed today.'

– to be a rat (‘a person who deserts his friends or associates, especially in times of trouble. Someone who is not loyal’) — befavo, munofiq, for ex.: 'Michael is such a rat. He left as soon as the trouble started.'

Phraseologisms with names of animals or zoonyms in Uzbek reflect:

Comparative study of zoonyms of different lingual and cultural communities can enrich the system of lexis revealing interrelation between tendencies of development of national culture and national language; solution of adjacent problems attached to them advances the theory of linguistic conceptualization, which raises explanatory force of philological knowledge.

In the Uzbek language about two completely opposite people who will not get along in one place, they usually say: In one cauldron you can not boil two mutton heads — Bir qozonda ikki qo’chqorning boshi qaynamas.

Negative characteristics of human actions are presented in proverbs with zoonim «ayiq»: In the Uzbek language, the proverb — “Ayiqdan qo’rqqan o’rmonga kirmas” (Whoever is afraid of a bear will not go to the forest) characterizes a timid person who lacks courage to desperate deed.