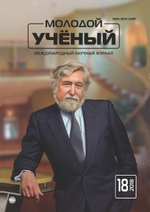 Phrases are carriers of different meaningful words in language. One of the useful ways of removing the literary meaning of a discourse is to look at its most common phrases and their collocations. Phraseology plays an important role in first and second language acquisition, it is difficult to characterize in terms of form and meaning as there appears difference in the balance of formulaic to novel expression across languages. Phraseological units are usually used synchronically, but they can also be studied diachronically, tracing the different meanings of these units in the past. According to researches, it has been pointed out that the uses of phraseological units in literary texts is essential so that they can be contrasted with their utilization in common language. The role of phraseological units as specific structures in forming vocabulary and lingua-cultural competence of students is very significant because they can encapsulate a national, country's cultural outlook. As to A. V. Kunin’s statement that definition includes two inherent properties of phraseological units: stability and figurative meaning, which differentiate these units from free word combinations and set expressions, which are stable word combinations of nonphraseological character. [1.p.300–400] Usage-based theories of language learning suggest that phraseology must be studied as a part of vocabulary or lexicology. Teaching phraseology is a part of cultural approach in foreign teaching methodology and arranging vocabulary studying though structure of component meaning is linguistic approach. In the grammatical system of the modern English language, its morphology and syntax, an important place is occupied by stable combinations with grammatical orientation, grammatical idioms, which are not paid much attention in grammar textbooks. [2.p.3–90] Among grammatical phraseological units included in these examples are combinations of different degrees of stability in the grammatical-lexical fields of modality, and stable combinations formed by separate grammatical-lexical classes of words, indefinite form of the verb in based on which are some of the phenomena of morphology and syntax of the English language.

In the following examples we try to make a comparative analysis on proverbs, idioms in the indefinite tense with their translations in English, Karakalpak and Russian languages:

“… and now that there seems little chance of our finding my poor brother it makes the idea easier to me. But fortune favours the brave, and we may succeed (Haggard).

“Her eyes sought for Ellen in the ruins, but she was not visible. Afraid of the new shock of the earthquake, she cowered behind the column. A burnt child dreads the fire (West).

“How did you get in? Through the window — like last night. Practice makes perfect (Graham).

“…No man could verify the truth of these maxims, that nature is very easily satisfied and that necessity is the mother of invention (Swift).

“Better get fruit juice from nature, than bills from doctors, Nell said. I’m always telling him that a stitch in time is worth a pound of cure (Gardner).

“You never know… what makes two women stick together. Birds of a feather flock together, that’s the old saying. Still it’s strange (Miller).

“Wait until the major hears about it, Hearne went on. The new broom sweeps clean, too clean. I hope you will enjoy your new command after this” (Macllnes).

The comparison of the peculiarities of proverbs in these languages has revealed a lot of similarities in meaning and syntactical features. In the examples above we could see some equivalents of these proverbs in both English and Karakalpak languages. Proverbs are creatively modified just by one modification method, which consists of the substitution of one or more lexical elements. Although the semantic relationship between the components substituted with the occasional variation is not synonymy, the creative counterpart is synonymous of the canonical proverb from which the modification originated. We can see differences and their equivalents in English language in the following examples:

In the equivalents of these proverbs above we could notice that when giving translations to phraseological units in other languages we have to pay much attention to their semantic — structural meanings, ways of forming in each language as they are not translated and explained word by word. Here, we might also find possible meanings or translations in other foreign languages.

Thus, we could identify that learning the grammar of a language should not be limited to analyzing only grammatical forms and paradigms, but it is required the assimilation of all models of grammatical or semi-grammatical constructions, including stable combinations of serial education with a grammatical orientation — grammatical idioms.