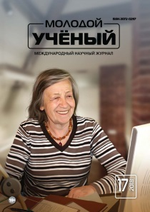 Because of its vast scale of speech genre “oath” in the language system, it is desirable to be aware of the linguistic nature of the language system being studied and compared. Because every nation that speaks a language has its own views and traditions that are different from each other. For example, when the baptismal promise of a baptized father at the baptism was widely practiced among Christian believers. This can not be found in traditions of the Uzbek people. Thus, in the definition and classification of speech genre “oath”, first of all, it is necessary to pay attention to the language in which the oath is expressed, the national-religious beliefs of the people spoken in the chosen language, the state system in the country, as well as the form and meaning of the oaths.

As you know, there are specific laws of any country and there are types of official oaths as defined in these laws. It is strictly required that any person entrusted with a certain post or profession in the Republic of Uzbekistan adopt the oath (such as the president, the judge, the notary, the doctor, the oath). Under the British law there are mainly oath of allegiance, oath of office, and legal oaths. The peculiarity of these oaths is that in the UK authorities' or organizations, the rules of the administration are strictly enforced by which certain oaths should be exercised. For example, it is restricted to taking an oath of allegiance in military service, access to citizenship, and so forth. However, the person who is in office at the official and religious offices must take office in addition to the oath of allegiance. In addition, there is a special Oath for Doctors (Hippocratic Oath) in England.

Religion is a symbol of belief in the life of every nation. In Britain, religion is separated as a self-employed organization. Accordingly, the English Church has its own domestic law. In the churches, oaths are so different. For example, simple vows are accepted by a sister, a brother (sister), ceremonial oaths (solemn vow) are taken by monks. Of course, in the semantics of those oaths lies the covenant, promise, conviction, and convocation. Although these oaths are close to official oaths, they differ greatly from religious ceremonies and religious expressions. In English, such oaths are usually referred to as a vow. For example, a vow of chastity, a vow of obedience. Studying the religious positions or titles associated with the English linguistic community requires a broader understanding of Christianity. It is strictly required to adopt a series of special oaths from any person who is in charge of religious service, education. Most of these oaths are observed in Christian-religion lands. They (monks) are required to take several hierarchical oaths in order to prove themselves self-sacrificing. Monarch's lifestyle requires the sincerity of any matter. For this reason, the consciousness and the heart of the monarch have been purified spiritually in connection with the adoption of several religious oaths, including through the adoption of the oaths of the sacred triumph, a vow of chastity, deception and traps of Satan (a vow of obidience) as a covenant and promise to fight. The forms of religious oaths are diverse, with the bishop's desire to accept it. However, there are temporary vows for all churches that are accepted by a new minister of religion. These oaths will be practiced throughout their lifetime of three to nine years, until the oath of allegiance, which is called the solemn oath of allegiance. The period from three to nine years implies a considerable amount of time to consider one's life in the way of God. Such oaths shall be accepted only by the church servants and staff. It should be said that the oaths of the church were formed as an example of the sacred covenant of God and of his servant Jesus Christ, so the meaning of the oaths of the church plays an important role in the church's life as a covenant with God.

The oath of baptism, wedding which forms an important religious tradition in English is a semantic promise, a covenant, a covenant. Wedding vows are called «vow of marriage», but in Uzbek linguistics it is called marriage contract. In English, the word vow is used to describe a promise made to God by the word oath. In the English language, the covenant is given only to God. The wedding vow can not be broken. The baptism in English linguistics is one of the most important religious ceremonies of Christianity. After this ceremony is completed, a person will be accepted into the church and since then the word baptized has the same meaning as the Christian word. A dead parent or a baptized mother is required to show the parenting relationship as a parent of a religious nature. During the ceremony, the priest asks questions for appointed father-in-law responded to them. At this ceremony, the promise of a baptized child or a parent is called the baptismal vows, that is, the oath of baptism. We can see some examples of the oaths in colloqual speech, such as “by God”, “On my word (means believe me)” in English and Uzbek.

We can see any types of oaths as a national custom in colloquial speech. For example, there is a special ritual in English culture that is a swearing off of a bad habit of daily life, it is a commitment to abstain from behaving harmlessly (smoking, drinking, etc.) to the health of the speaker. Although this oath is not observed in Uzbek.

The wedding engagement ceremony in Uzbek is semantically very close to the speech genre “oath”. This tradition is a serious principle in the family of the Uzbek people. The tradition of Breaking bread in Uzbek linguistics also means a semantic informal agreement. According to Turkish customs, breaking bread is the first step in the marriage ceremony. The fact that the father agrees to give his daughter to the foster father is a firm and sacred promise of fatherhood, and a desire for the bride and groom to live together. Usually, when the father agrees, the bread in the table is broken and the food is eaten and problems of the wedding are solved. Therefore, the consent of the Uzbek people to the marriage is realized by the consent of the father. The consent of the father is celebrated as a special ceremony, that is, a celebration.

It is evident that the existence of oaths in the language system, such as judicial, military, medical, sports, as well as religious ceremonies, such as marriage, childbirth, it is necessary to classify it. As you can see, the principles of the speech genre oath’s classification are very broad. But there is also a possibility to classify it. Oaths of public significance in different systemic languages ​​are expressed in a specific form and content. Most of them occur in certain areas. It can be classified following as:

1) The official oath of office (president, queen, judge, soldier oath), traditional vocational oaths (physicians, teachers, lawyers, oaths), traditional oaths (witnesses or pioneers oaths). In the language system, this type of oath is different from other oaths, mainly by its kindness, generosity and formalism. It is desirable to name these oaths as a branch of oaths. They may be Official political oaths: Presidential, Military, Notary, Judge, Attorney, Procurator and so on; official professional oath: oaths by a doctor, teacher, officer of the interior; Official collective oaths: — witness oath; olympic competitions (young kickboxers, gymnasts, competitors, judges); student oath, etc., oath of special TV shows: duel oath, rich scout vows In the language system, the oaths associated with religion play a specific role.

3) Public oaths: There are several oaths dedicated to the conversation, in colloquial speech. They also arise in their specific organizational composition and textual composition. These can be called public oaths.

As we can see from above, the comparative typological classification of the oath the two language systems is generally formed as follows: 1. Official oaths: Presidential, Military, Notary, Judge, and so on; 2. The religious oath: religious oaths, baptismal vow, marriage vow. 3. Public Oath (oaths in colloquial speech)

The advantage of the classification of oath in different languages helps to study of the general and specific features of speech genre “oath”.