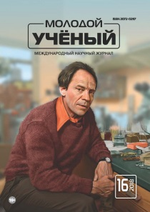 The aim of this report is to show how forensic linguistics serves justice and helps people to find the truth when a crime has been committed. The report will be consisting of 3 parts. At first, there will be presented the target of forensic analysis, then two areas of forensic language and finally examples of linguistic support of crime investigation.

For past few years forensic linguistics has gained so much attention from university experts in linguistic all over the world notably in Europe and the USA. This field grew for the first time in the United States and Europe in the late of 1990s.

The target of forensic analysis is to examine forensic texts taken from such criminal context like murderer, suicide letter or note, suspicious death, narcotics investigations, terrorism and so on.

One of the main goals of Forensic Linguistics is to provide a careful and systemic analysis of the language. The results of this analysis can be used by many different professionals. For instance, police officers can use this evidence not only to interview witnesses and suspects more effectively but also to solve crimes more reliably. Lawyers, judges and jury members can use these analyses to help evaluate questions of guilt and innocence more fairly. And translators and interpreters can use this research to communicate with greater accuracy [4].

The 1st one is the Written language that is used in regional, national, and international law, in transcripts of police interviews with witnesses and suspects, criminal messages used in cases of terrorist threat, suicide, kidnapping, blackmailing. Also in the translation of legal documents from one language to another, the examination of text material to answer the questions about who may or may not have been the author. The written language examined by a Forensic Linguists can exist in many different forms such as phone messages, notes, handwritten letters, posting in social media and etc.

The 2nd one is spoken language that is used by interpreters during official interviews of witnesses, suspects, and victims and by offenders or victims during a crime. The focus of this area is not simply what was said, but how it was said.

First, this technique of forensic language works much more effectively when there is a trial where the circle of suspects has already been determined or when the investigation lacks evidence to detain a particular person. It was the case in 2001–2002 of the missing 15-year-old Daniella Jones, a schoolgirl from Essex (England). In the court, the defense of the main suspect, Stewart Campbell (Daniella’s uncle), used the text that had been sent by the girl after she had disappeared. In the text it was said that Uncle Stuart was wonderful:

The prosecution studied all the available messages and texts written by Daniella. Further on the basis of the analysis of the most constant and bright features in the girl's letter her «language portrait» (or idiolect) was created. The text sent after the disappearance, compared with the resulting «portrait», as well as with messages from her uncle, which were preserved by Daniella's parents [1].

The examination made it possible to conclude that the uncle had sent the text from the victim's phone himself to create an alibi and the appearance of his good relations with his niece.

There is another example. There are the materials of Amerithrax case, when the letters with anthrax appeared in the U. S. mail. At first glance, it seems that these letters were written by children, but the linguists found out that they were written by adults. Here’s how they found it:

And the last one shows how forensic linguistics helps to identify real motives of some action and proves controversial cases.

For example, Kurt Cobain was the lead singer, guitarist, and a songwriter of a rock band, Nirvana. On April 8th, 1994 he was found dead in his home in Seattle. The law system legally said that Cobain’s death was a suicide. But there are so many theories that say that it was a murder. But linguistic analysis of his death note proves a suicide, in this case its semantic analysis. This indicates lexical elements that contain negative meanings, pronounced by them phrases in the form of a metaphor or ambiguity (“This note should be pretty easy to understand”, “…but I still can’t get over frustration…”). Also there are so many phrases and clauses which referred his mental condition, which are depression, regret, and discomfort (“I haven’t felt the excitement…”, “I don’t have the passion anymore”, “I feel guilty beyond words about these things”).

All above-notes allow to some conclusion. Today forensic linguistics is a well-established internationally recognized independent field of study that helps in the investigation. It opens up new opportunities and horizons not only in linguistics but also in other spheres of life.

2. Definition of linguistics in English by Oxford Dictionaries. — Available at: https://en.oxforddictionaries.com/definition/linguistics (Accessed 19 April, 2018)

3. What is forensic linguistic is? — Available at: https://www.ncchomelearning.co.uk/blog/what-is-forensic-linguistics/ (Accessed 19 April, 2018)

I`d never ever had a boy phone me up be before. It felt good.

Глава «Violet». I started crying again then, because I couldn`t bear it. Mum and I were taken to this other room and an inspector came to talk to us.

I`d never ever had a boy phone me up be before. It felt good.

Глава «Violet». I started crying again then, because I couldn`t bear it. Mum and I were taken to this other room and an inspector came to talk to us.