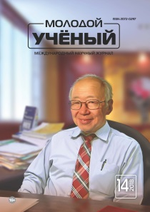 Relevance. Acute pancreatitis (АP) is the third most frequent occurrence of an acute surgical disease of the gastrointestinal tract, leading to huge physical and financial losses. The incidence of АP worldwide varies from 4.9 to 73.4 cases per 100,000 population and has a pronounced tendency to increase. In recent decades, the problem of АP remains one of the most urgent in emergency abdominal surgery (2, 3, 9). Among acute diseases of the abdominal cavity, АP is 3–10 % of cases (5, 6, 7).The structure of АP patients with pancreatic necrosis is an average of 15–30 % (1,7,8). The lethality with АP varies between 5 and 75 %, depending on the form of the disease (4,7). The specific weight of destructive pancreatitis is 15–20 %. Pancreatic necrosis is one of the most severe manifestations of AP and a formidable surgical disease (7,9). Mortality in pancreatic necrosis, even in specialized clinics according to different authors, is 11 to 40 %, with large-focal infected pancreatic necrosis it is more than 80 %. There is a constant search for ways to reduce these indicators (3,7). The fate of a patient with АP is largely determined by the volume of pancreatic necrosis.

Goal. To study the results of treatment and the lethality of patients with АP.

Materials and methods. The medical histories of the emergency surgical department of the State Clinical Hospital for 2017 have been studied. During this period, 1453 patients were hospitalized according to urgent indications, of which 26 died. The overall mortality was 1.79 %. 754 patients were co-operative, surgical activity was 52 %. In the department of treatment, there were 81 patients with АP. This amounted to 5.6 % of the total number of emergency patients, which corresponds to the literature data (7). Of these, pancreonecrosis was diagnosed in 25 patients (30 %) during the operation, which also corresponds to the literature data (1,7,8). For the diagnosis and evaluation of the severity of the course of АP, in addition to clinical manifestations, the evaluation of laboratory parameters, in particular, the level of amylase, ultrasound data, was used. The results we compared with the data of 2000 when more active operational tactics were applied to pancreatitis. This group was taken as a control group. In this group, 64 patients with АP were treated for a year, 35 of them (54 %) for pancreatic necrosis. 16 (46 %) patients died.

Results and discussion. Many parameters of case history and diagnostic results were similar in both groups. Thus, the cause of pancreatitis in most cases (64 %) was biliary (diseases of biliary tract), in 32 % cases alimentary (alcohol and abundant protein foods), other reasons — 4 %. In 70 % of patients, pancreatitis had hemorrhagic, fatty in 25 % of cases, in other cases — mixed. In the case of biliary pancreatitis, the patient's portrait is an elderly full of women. Representatives of alimentary АP are asthenic middle-aged men.

Typical complaints of patients with АP remain typical: severe pain in epigastrium and left subcostal area (96 %), in 59 % of patients they are shrouded. The second complaint is vomiting, more often uncontrollable, repeated (72 %), and the third — bloating (56 %).

The complex of instrumental methods allowed to confirm the diagnosis, to evaluate the nature of destructive changes in the pancreas, to judge the presence and prevalence of enzymatic peritonitis, the state of the bile excretory system, the quantity and nature of the exudates. The treatment was complex and intensive, aimed at removing electrolyte, microcirculatory and protein disorders, combating hypoxia, intestinal paresis and pain shock. High doses of protease inhibitors, cytostatics, antibiotics, infusion and antacid therapy, hypothermia, and detoxification methods were used.

Management of patients with АP corresponds to the generally accepted maximum conservative, low traumatic principles. With pancreatic necrosis, draining of the gland bag, marsupialization, introduction of a solution of novocaine with inhibitors into a parapancreatic fiber, performed cholecystectomy with drainage of the common bile duct or cholecystostomy. The indication for early surgical treatment in 18 (22 %) patients was the pathology of the biliary tract or pancreatogenic peritonitis. Early intervention, in this case, was aimed at eliminating the cause of biliary pancreatitis, peritonitis, omentobursitis and consisted in cholecystectomy, decompression of choledochus, draining operations. With autonomous pancreatitis adhered to the most conservative tactics, delaying the time of surgery before the phase of purulent complications. Necrosecvesterectomy, pancreas resection with total or subtotal pancreatic necrosis was not used. There was no development of diabetes mellitus. Lumbotome accesses were used in 3 (12 %) patients. In the phase of purulent-necrotic complications, the abscesses of the stuffing bag were sanitized and drained.

The use of low-traumatic, maximally conservative principles of treatment and Sandostatin in complex treatment in the main group led to a significant, almost triple reduction in mortality. Out of 25 patients with pancreas necrosis, 4 (16 %) patients died. The use of Sandostatin did not affect the number of purulent complications, but in these patients, the demarcation between the healthy pancreatic tissue and sequestrants was clearly traced during the operation.

1) The volume of surgery and the degree of trauma in pancreatic necrosis should be reduced to a minimum, operations should be as gentle and as short as possible.

2) Use of tactics of the most sparing surgical intervention and individual approach, as well as the use of Sandostatin in the complex treatment of pancreatic necrosis greatly improves the prognosis in the treatment of patients with this pathology.