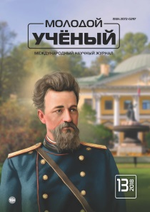 The relevance of the research topic is determined by the problems presence in the process of applying the basic transformations used in the titles of publicistic texts translating in order to achieve the adequacy and equivalence of their translation. Proceeding from this, the goal of this work is to determine the peculiarities of transformations, translating newspaper titles. To solve the tasks in the process of research, the following methods were used: a comparative analysis of the translation textmatching with the transformational text and a discursive analysis.

In the course of the study, we found that the theoretical basis for the newspaper titles translation is based on the features of publicist translation. At the same time, translation is a kind of mediation in a language that directly focuses on the original of another language.

We identified the following transformations in English titles: grammatical and lexical, as the most applicable, translating newspaper articles and their titles.

Grammatical transformations are receptions for the sentences restructuring, as a result of which their structure changes, as well as all possible substitutions under which the syntactic or morphological order changes. Grammatical transformations are used if the article (indefinite and definite) requires a semantic expression in the translation. Their lexical meaning must be transferred in the translation, otherwise the Russian sentence will be incomplete and inaccurate.

United Nations Secretary General U Thant has strongly criticized South Africa, Rhodesia and Portugal for their policies in Africa. (“MorningStar”)

It should be noted that the word «policy» is a noun and it does not have a plural, since the word «politics» is considered a plural form from the noun «politician», which means «political figure».

Lexical transformation. In English-Russian translations, the following lexical methods are most often used:

In English-Russian translations, there are also traditional exceptions-translations of the names of historical personalities and some geographical names: For example, Charles I — Карл I, Edinburgh — Эдинбург.

It should be noted that in newspaper title, the main features of the newspaper and information style are usually manifested clearly. As they contain well-defined names, abbreviations and groups of attributive, slang and colloquial elements, etc. [1, p. 342] All this must be taken into account to identify the language specifics, as well as the type or functional style of speech within the framework of a special theory of translation, usually determine their impact on the reader, which is specific in the translation process.

There are also many abbreviations. Therefore, translating abbreviated names of organizations, the following should be considered:

a) many, for example, American abbreviations have equivalents in Russian language, which should be used, translating titles, and it must be borne in mind that these equivalents are either an abbreviation of the Russian name of the corresponding organization: UNO = ООН, FBI = ФБР, ILO = МОТ, etc., or by Russian letters reproduce foreign ones. However, these abbreviations are interpreted in accordance with the full Russian name: the North Atlantic Pact, the Organization of the Southeast Asian Treaty, the General Agreement on Tariffs and Trade.

For example, let's suppose that in the English title there was an abbreviation:

In each case of multivalued abbreviations using, it is first of all necessary to establish in which of meanings a certain abbreviation is used, and only after that to proceed with its translation.

The second group of abbreviations, most often found in the titles of American newspapers, are the abbreviations of surnames or familiar nicknames of prominent political or public figures. Such kind of abbreviations make it difficult to understand the titles with rare exceptions (GBS = George Bernard Shaw; RLS= Robert Louis Stevenson) are almost not registered in dictionaries.

Faced with such kind of abbriviations or familiar nicknames, it should be remembered that they are completely alien to the style of our press and that in each case it is necessary to give the full name instead of abbreviations, and to replace the nicknames with surnames.

The third group of abbreviations, very common in the headings, is the abbreviation of geographical names. Especially often they are found in American newspapers. From the point of view of their translation into Russian, they do not have the special difficulty. In Russian titles such abbreviations are given completely. It is only necessary to remember the rules of the foreign geographical names transcribing in Russian language, as well as other ways of their translation. For example: S. P. Hospital shuts segregated ward (S. P. = South Pacific).

It is quite natural that the above three main groups do not exhaust the entire variety of abbreviations that occur in the titles of English and American newspapers. In fact, they can be found in the abbreviation of any words or phrases, sometimes quite unexpected. Such abbreviations can make it very difficult to understand and to translate the title, because decoding them, there is practically nothing to be guided by, and it remains entirely to rely on the fact that the context either contains a transcript or it gives an opportunity to guess which word could be abbreviated [2].

To translate newspaper titles, the following grammatical transformations are used in the practice of translation: substitutions, permutations, and syntactic assimilations. Difficulties of phraseological units in the titles of English periodical texts in the translation:

– it is necessary to study carefully the contents of these articles firstly,

– to note that verbal titles widely used in the English press are not a feature of Russian periodicals.

Let's examine the examples of the peculiarities of lexico-grammatical newspaper headings and the ways of their translation in more detail:

a) The articles and personal forms of the «to be» auxiliary verb are omitted to draw the attention of the reader to the main idea of the message. The action is usually expressed in forms of Indefinite or Continuous:

(The) Russian Athlete (is) Winning (a) Prize.

Houses (are) Smashed by (the) Hurricane.

b) using Present Indefinite form messages about recent events are transmitted, bringing the event closer to the reader and reinforcing his interest:

c) with the help of the infinitive, the future action is translated:

d) the predicate is often omitted from the title, it plays a secondary role in the sentence: Deadlock in Committee No Timber for Sale

e) the subject is omitted in order to pay special attention to the predicate and at the same time to interest the reader if it is inferior in meaning to the predicate: (They) Expect New Economic Depression

f) the possessive case is used, with inanimate nouns and it replaces the prepositional turnover with «of» due to its structural compactness: Price Control's Effect Discussed

i) abbreviations and complex words are used widely, for example:

j) there is a presence of elements of imagery, for example:

It should be noted that Russian titles, unlike titles in American and English texts, are transmitted more often by a noun than by a verb. [2, p. 76–80]

Often, the desire to give an intriguing, enticing character to the title leads to the fact that the title ceases to fulfill its information function without reporting data on the content of the article, for example, Poles Apart; Boy Travels Like This. In these cases, translating, it is necessary to resort the title expanding and to draw additional details from the text. [1, p. 23]

Translating American newspaper titles into Russian, it is also necessary to take into account that the prevalence of verbal titles is typical for American newspapers: Floods hit Scotland — Наводнение в Шотландии.

The verbalism is also usually stored in the titles consisting of an interrogative sentence:

An important feature of the English newspaper titles is the prevalence of the elliptical form of the passive voice with the omission of the «to be» auxiliary verb for describing events in the past as well as in the present tense in them:

– a complete absence of verbatim in translating;

– a large number of stable expressions in translated texts;

– publicists allow the game of words and humor.

To achieve quality and higher level of translation equivalence, the translator must: make the translation informational-descriptive, if in English this material belongs to the informative-descriptive genre, and the translation must have all the signs of the Russian language. When translating it is possible to omit titles, with the exception of only official texts; to translate a title, firstly the article or message should be translated, and based on their content, it is necessary to translate the title; it is necessary to take into account that terms, abbreviations, colloquial words and combinations are used in English articles. The translator needs to know the realities of the topic or country about which the original article was written. When translating newspaper texts and titles, it is necessary to correctly convey the imagery and expressiveness of English phraseological units. All this will contribute to the efficiency of translation and the quality of intercultural language communication.