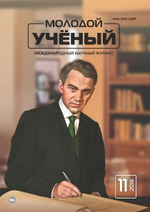 Linguistics is an organizing methodological principle of exposure to cultural wealth. Due to linguistics there takes place a national “division” of reality into “segments”. A person builds a “world picture” under the influence of linguistics, its system and units. Awareness of a complex approach to culture and linguistic units formed a linguoculturological paradigm, conditioning their interaction in the function and reflecting this process as an integral unit structure in unity of their linguistic and cultural content through the systematic methods and with a focus on a new value system [3]. The rapid development of this paradigm is explained by a new perception of the cultural phenomenon as the system of signs, concentrating the necessary information for society and serving as a means for obtaining it. Within the frame of linguoculturological studies the analysis of human communication patterns and ways of information materialization is undertaken, i. e. its fixation, storage and exchange by members of society [1]. Such outreach led to creation of scientific discipline named linguoculturology, which is an integrative sphere of scientific knowledge, studying the manifestations of culture and means of its interpretation.

Linguoculturology that emerged at the crossroads of cultural studies, linguistic and cultural studies, ethnolinguistics and sociolinguistics, interacts with them and has its own integrative aspect of studying the problem of language and culture. It sets the aim of systematic presentation of language and culture units in their correlation, works at a deep level of semantics, taking into account systematic and integrative approaches to these phenomena. Correlating values of culturally determined units with concepts of national culture, linguoculturological analysis provides them with deep and volume explication. For instance, here are phraseological series with the word раб in metaphorically associated meaning: раб страстей, раб желаний, раб привычек. The cultural information put in these word combinations trace their origin to religious discourse and to the expression раб Божий. The word раб in transferred use refers to person’s dependence on behavior and circumstances.

The source of linguoculturological information is a comparison of language systems as well, in which lexical units and concepts offer different segmentation of the actual reality: трава and Gras, Kraut (German medicinal grass), ягоды and Вееrеп (cherry and black cherry — Fruchte (German)), костюм — Anzug and Kostuem (German).

According to I. E. Gerassimenko, establishment of the principles of linguoculturology and approbation of its methods is carried out in the process of discussing issues on its diachronic links and interrelations in the synchronic cross-section with linguistic semantics, cognitive linguistics, ethnolinguistics, linguistic and cultural studies. In this context the analysis of the concepts linguistic world picture, linguoculture, logoepisteme, concept, linguistic persona, discourse, etc. appears to be effective.

The concept of linguoculture exactly denotes the specific subject area of linguoculturology, arguing that the command of a language and socialization within one cultural community serves as integration criterion: structural organization of separate elements of knowledge of the world, invariable part of the world picture is determined by the type of relationship between linguistic and cultural objects [7]. Linguoculture is an invariant within the framework of a differentiated approach on different characteristics (gender, age and other) cultural and linguistic communities, general environment, where concepts are formed and function.

A set of issues was transferred from linguistic and cultural studies to linguoculturology. The methodology of exposure through language to foreign culture is based on the theory of semantic word structure, in which a cumulative function of language is emphasized [2]. The achievement of the linguistic and cultural studies theory of word of Vereschagin and Kostomarov was the establishment of units maximally loaded with cultural peculiarity and acting as the information source about national culture. Word, phraseology and linguistic aphorisms are included to them, which are needed for the adequate use by the language learned.

Many scientists (S. G. Vorkachev, V. V. Kolessov, Yu. S. Stepanov, V. I. Karassik and other) claim that the basic notion of linguo-culturology is a cultural concept, emphasizing the idea of the comprehensive study of a language, consciousness and culture. The concept as a mental education in a human’s consciousness provides connection to the sphere of concepts of society, i.e. to the culture, and being a cultural unit represents collective experience — a heritage of every person [1]. Thus, the concept is a basic unit of culture, possessing figurative, conceptual and value components. The establishment of linguoculturological paradigm discovered new perspectives for the development of the issues of humanities knowledge at the crossroads of several directions. The results, which were obtained in the related spheres (knowledge engineering, linguistic and cultural studies, ethnolinguistics), represent the essential part of linguoculturological description. Culturally-based knowledge behind the linguistic sign gained importance: Russian word носить implies clothes, hairdo, mustache or beard, and the similar English word to wear also permits the use regarding cosmetic products: Alice wanted to wear her favorite perfume that day. The additional information lies in the association of speech community. A definite feature is distinguished by means of mental process: bath (English) is associated with the place serving for cleansing, and баня (Russian) is a room with high heat.

The language is defined by the practical needs of a human. Therefore fragments of social experience, arising from the main activity of the population prevail in dictionary. E. A. Ogneva notes that comparative analysis of literary texts reveals the existence of interlingual synonymy, which represents differentiation of lexical units of one and the same class in the phonetic form, paradigmatics, syntactic relations, volume of lexical notions, but similar in part or in whole in lexical meanings. There are full and relative interlinguistic synonyms. Full synonyms include the words, correlated in one of its meaning in two or more languages: луна — moon (English) — lune (France) — luna (Italian); вторник — Tuesday (English) — mardi (France) — martes (Italian), etc. The core of synonyms of this sub-group is nation-wide words of a neutral tone without emotional coloring. Relative synonyms are the words, matching the material and semantic content, but being different in различающиеся по expressive coloring [7].

Native speakers of different languages express an attitude to the surrounding with different degree of restraint. There is a wide variety of diminutive-hypocoristic suffixes which gave chance to express an attitude to the subject matter in Russian language: — ochk-/-echk-, on’k-/-en’k, ushk-/-yushk (девочка, душенька, голубушка). There are only a few such suffixes in English language (-ie- in the words birdie, girlie). There is a belief, which dominates throughout the Western world: Human being is a Master of the Universe, i.e. it has the highest form of a mind and able to change the world. The languages of these countries have a series of words with affix self. In the culture of the Oriental countries dominates the concept of balanced coexistence of a human being with the world around. The pronoun “I” is not capitalized in these languages. English pronoun “you” means several pronouns: you, you (several people) and You (refer to someone respectfully), i.e. there is only one mode of address to the second person singular. The human relations have been observed clearly in the Russian language: “you” to the family members and peers, “You” when addressing to the partner in respectful way. Ethnical set of mind has an impact on punctuation: the comma is used to denote intonation, articulation and syntax group on the letter in English language, while the Russians use exclamation mark along with the comma. This demonstrates the emotionality, even in the formal communication (Dear Sir/Madame,) [3].

The absence of developed system of cases and gender in the analytical languages does not allow framing sentences with free word order — they have no endings showing relations between the nouns. This fact strips native speakers of certain expression, unlike synthetic languages (the expression “all children like sweets” (eng.) equivalent to several ones: все дети любят сладости, сладости любят все дети, любят все дети сладости).

According to Z. Z. Chanysheva, contrastive linguoculturological investigations help to overcome narrow traditional contrastive investigations and bring them to the cultural sector. Language analysis gives an access to the concentrated expression of culture in the marks of other system of signs. The linguistic unit content faces the problem of localization of national and cultural component. It is difficult to localize cultural component on the periphery of denotative meaning — this cultural peculiarity is often missing in the lexical definition. In most cases, vocabulary equivalents underscore the national and cultural semantic peculiarity of compared units, forming false equivalents (общественная жизнь and social life). In the connotative meaning, the localization of cultural component is less feasible: ambitious (eng.) has positive connotation, but Russian word “амбициозный (ambitious)” — positive (plan) and negative (man). The cultural component has a heavy weight in the area of metaphoric meanings, developing in the inter-cultural space because of loan translation (public relations — связи с общественностью/PR/пиар). Cultural connotation has a specific significance in the semantics of phraseological and paroemiological units. It is necessary to consider it in order to avoid the emergence of pseudo equivalents: Вливать молодое вино в мехи старые and Put new wine into old bottles.

Linguocultural investigations examine phenomena that bring notional charge. For example, symbolism of color naming include multipurpose, regional, ethnocultural-marked associations. Different notional components are intertwined in it: Le Rouge et le Noir (the novel by F. Stendhal with the complex symbolism of the red and the black); Our future is black (J. Baldwin on feasible advent of the Black Power‘); The Black and the Green (symbolism of the state flag of Libya) [9].

Focused form of expression, conservation and transfer of value-based connotations are the cultural code. The model of multistage linguocultural semiotic analysis represents the procedure of notional interpretation that contain comparative angle at all stages. The results of comparison educe the specificity of meaning: пожать/тряхнуть/повести и т. д. плечами / плечом and shrug an indifferent/scornful/stubborт shoulder(s). The analysis is carried out as exemplified by non-verbal codes of two cultures that allows emphasizing the problem areas: partial divergences and cultural semiotic gaps. The task of notional interpretation of ethnoconnotation is difficult when we face something that does not exist in its environment: He knew he was supposed to wear a monkey suit — connotations associated with the sign обезьяний костюм, connected with the awareness of British dress code according to which wearing a tuxedo is needed, if there is a phrase “Black Tie” in the invitation. During the comparative linguoculturological analysis, the interpretation of ethnocultural notional connotations is carried out in the terms of marks of relevant cultural code.

In this work, we examined the major premises of establishing linguoculturological paradigm and justified the reasons of its role in the modern scientific-research idea. We proved the meaning of culturally-based phenomena in the structure and semantics analysis of linguistic unit that underlies the nomination and verbalization processes. Through the comparative linguoculturological procedures and due to the consideration of peculiarities of cultural and historical evolution, the national identities of nations are disclosed. Thus, in the modern linguistic investigation system, the linguoculturological paradigm is heavily confirmed for long time, simultaneously falling within the framework of current anthropocentric paradigm.

“Rip Van Winkle” is a humorous tale of a lazy villager in the mountains of upstate New York. While hunting, Rip meets some mischievous Dutch gnomes.

Azerbaijan publication some misunderstanding poems translated into Azerbaijan in the net. This is one of the cop Khan Köroğlu and his eyes rips off.

“Rip Van Winkle” is a humorous tale of a lazy villager in the mountains of upstate New York. While hunting, Rip meets some mischievous Dutch gnomes.

Azerbaijan publication some misunderstanding poems translated into Azerbaijan in the net. This is one of the cop Khan Köroğlu and his eyes rips off.