Specialized terminology as part of financial documents and its translation 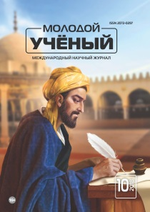 In general, adequate translation should convey the content, style, overall message and mood of the original text. However, the translator should use the correct forms of the Russian language, i.e. its semantics and terminology, to reflect correctly the various lexical units, word combinations and phrases included in the text of the document. High-quality translation is translation where the translator has managed to convey all the attributes of the original text in grammatically, orthographically and syntactically correct Russian.

However, it should be noted that there are some additional requirements when translating specialized texts. When translating such texts, certain rules, which may be considered as absolute, must be observed. On the one hand, they implicitly facilitate the work of the translator; but, on the other hand, they also create particular problems. Working with specialized texts, including terms and common vocabulary, the translator should not only comply with the morphological, syntactical and lexical norms of language for general purposes, but also take into account the norms of a specialized language intended to express specialized information and originally designed for professionals. A special feature of specialized translation is the presence of a multitude of syntagmatic units and complex terminological constructions that create problems in translation.

Translation of specialized economic terms presents a number of difficulties. Many terms consist of several lexical units, translation of which requires one not only to correctly inflect and pluralize nouns but also to locate correctly the elements of a complex combination. Although knowledge of terminology is not sufficient to perform translation, nevertheless knowledge of terminology plays an important role, since terms define and systematize concepts. They are original keys, organizing, structuring and coding specialized information.

Translation of the legislative, political and administrative documents of international organizations must be carried out with strict adherence to form and content. A high standard of professionalism on the part of the translator is indicated by repetitions and observance of the structure and style of the original text as put together in the official language of the international economic or financial institution.

The adequate transfer of economic realities from a foreign language to Russian requires if not specialized knowledge then at least some background knowledge in the sphere of economics, as well as an idea of the current picture of economics in the world. Otherwise the translator cannot adequately convey the contents of documents and economic texts.

Among dynamically developing term systems “finance” is of particular interest, as currently financial activities are closely related to our daily life. It can be observed that people use financial terms such as ATM machine, exchange rate, transaction, transfer, cheque, loan, etc. formerly applied exclusively as financial industry terms, in everyday speech with increasing frequency. Financial terminology mostly expands due to borrowings from English language [1]. This phenomenon is attributable not only to the international status of English, but also to the well-developed United States banking system. At first English-language terms are assimilated into oral speech, and later into writing. A remarkable example of such assimilation is the word “bank” itself. It derives from the Italian word “banco”, which means “table”, and it has now become international.

Thus, one of the features of financial terminology is the large number of loanwords and international expressions, which to a certain extent facilitate translator’s work with financial documents.

In terms of translation financial vocabulary is currently one of the most complex, as almost all of its elements ‘lack the necessary precision and clarity, are not set out due to relevant terminology standards, and may have different explanations” [2].

For a more detailed consideration of the issue on particular features of operation of banking terminology, the structural classification of terms proposed by L. B. Tkachyova should be addressed:

Thus, it should be noted that banking terminology is constantly exposed to changes and adjustments. For example, it can be said with confidence that quantitative composition of financial terminology constantly grows due to borrowings from other languages, particularly English. First and foremost, it is related to the use of international words of Greek and Latin languages, as well as the early occurrence and development of monetary and exchange relations in countries of Western Europe. The L. B. Tkachyova’s classification consisting of simple, complex, and phrasal terms, as well as terminological collocations, allows systematizing different types of terms.

Translation of all types of industry-specific terms is usually performed through selection of corresponding term, and represents a “logic chain of operations” [4], which includes determining the type of a term and subsequent analysis in accordance with its type. For example, in translation of terminological collocations their structure and main word can change. In translation of individual words various translation methods are used10. Among them are transformational methods.

Many translation experts, among them L. S. Barkhudarov, V. N. Komissarov, A. D. Shveytser, R. K. Minyar-Beloruchev, Y. I. Retsker, and others considered this type of translation, however to date there is no universal treatment of this concept. In our deliberations, we addressed some of those definitions.

For example, according to L. S. Barkhudarov, “translation transformations are numerous and qualitatively various transformations required for the equivalency of an original text and its translation, despite discrepancies in formal and semantic systems of languages” [5].

A. D. Shveytser in turn talks about “relation between original and final language expressions, and replacement of one from by another during translation” [6].

Proceeding from the aforementioned information, translation of banking terminology has a number of features. Some of them complicate, others facilitate a translation process. For instance, international expressions significantly facilitate understanding and transfer from one language to another; however, due to often found homonymy a translator comes across difficulties with correct understanding and transmission of the meaning. Moreover, various types of financial terms appear in written translation. According to the classification of L. B. Tkachyova, each term and terminological collocation has its own specific features of translation. For example, collocations are usually transferred using direct translation, while separate words are subjected to application of transformational methods. In this section of the study we considered various approaches to defining a translation transformation, and singled out the classification proposed by L. S. Barkhudarov.

Banking documentation is subject to rigorous financial reporting, and specificity of information it presents increases the responsibility of a translator towards a customer. It should be noted that even seemingly minor inaccuracy in translation can lead to a negative outcome related to a financial loss. Thus, in order to deliver a qualitative translation of texts, a specialist should pay particular attention to tiniest details, be scrupulous, and be proficient in specialized terminology.

For the qualitative translation of banking documentation besides accuracy in terminology translation of great importance is a need to know specific features of writing state official financial documents in the target language. Nevertheless, in conducting equivalence translation losses are unavoidable; however, there is a set of methods and techniques, which allow reaching translation adequacy. Currently, there are lots of various strategies and methods, proposed by translation theoreticians of various periods. In the present studies we considered some of them.

Translation methods and strategies considered by a well-known expert in the field of translation studies Peter Newmark should also be noted. The main distinction of his theories is their close relation to translation practice. This means that the theories and recommendations on translation that he has developed are practical. Based on the types of translation texts and strategies P. Newmark proposed two translation methods: “communicative and semantic”. That way, the communicative method is based on giving the impression as close as possible to original. The first method is focused on the attitude of a reader to communicated information, while the second is focused on the initial value of this information and author’s intentions. Newmark notes that the communicative method ensures the transfer of information in familiar for the reader form, as it is fully oriented towards his perception. Contrary to the communicative, the semantic method maintains features of original cultural framework. This method is more complex and detailed; it is aimed at transferring the whole specificity of the author. Despite the theory author highlighted the need to choose communicative translation in certain situations, he actually prefers semantic translation.

4. Davydkina N.A, Khmeleva A. S. Specific Features of Translation of Economic Terms from Russian into English Language // Urgent issues of science, economics, and education of the XXI century: proceedings of the II International Research and Practical Conference, 2012.

The most successive power of commercial banks: distance banking...

Features of neurohumoral systems’ functional activity at a hypertensive...

The level of renin at the HC is variable. Low ATM is a sign of hypervolemic form of HD [21].

The most successive power of commercial banks: distance banking...

Features of neurohumoral systems’ functional activity at a hypertensive...

The level of renin at the HC is variable. Low ATM is a sign of hypervolemic form of HD [21].