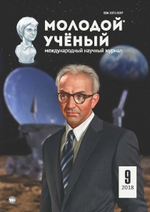 This article studies the role of women in the society and researches on her characteristics in social and family life in the novels of famous English writer E. L. Voynich.

The topic of women's role in society, especially the XIX century was not disclosed, and especially in the novels «The Gadfly», «An Interrupted Friendship» and «Put off thy shoes» by E. L. Voynich. Being a woman, Ethel Lilian Voynich wanted to show the best and not so visible qualities of women of those times in which she lived herself. As women, generally depicted as a weak God's creation and is usually described negative features of a fine half.

XIX century gave the world not only famous Romantic writers but women writers as well, who made their contribution to the development of feminism in English literature. By the XIX century European women lived in inequality and they were thought to be lower than men in all the scenes of the word. At the beginning of the century, though, the women were given few of the legal, social and political rights, including voting, education and control over personal property after marriage etc. On the impact of all these inequality the characters depicted by women writers were diverse, who weren’t given enough freedom and were restricted by the ideology and customs. But at the end of XIX century women writers depicted woman artist in their heroine with the themes where woman became in the center of attention. Ethel Lilian Voynich is one of the most prominent English writers who made her great contribution in the development of feminist literature not only in England but in the whole world by introducing unique women characters in her novels.

Focusing on this, a very important meaning concerns for reviewing the biography and creative heritage of an prominent figure of the XIX-XX centuries Ethel Lilian Voynich — the talented British writer, translator, composer, whose life was closely connected with Great Britain, Russia, Ukraine, Poland and other European countries [4].

Some social historians have depicted “woman’s place” as very low, indeed: with few legal and economic rights or even receiving little respect, women can be seen as oppressed victims of a patriarchal society, subordinate first to their fathers and, then, to their husbands who had, of course, been selected by their fathers. Dr. John Gregory, writing in 1774, said: “Men have a larger share of reason bestowed on them.” And, David Monaghan, writing in our time, says, “Women can rarely have been held in lower esteem than they were at the end of the 18th century.” [1].

At the end of XIX century women writers depicted woman artist in their heroine with the themes where woman became in the center of attention. Ethel Lilian Voynich is one of the most prominent English writers who made her great contribution in the development of feminist literature not only in England but in the whole world by introducing unique women characters in her novels.

The dominance of woman over the males is described by the author. Going back hundreds of years, women were shown in literature as imperfect when compared to men. But the author developed strong female characters which is the arguable to the literature of that time to which she belonged. Her characters are strong intellectual personages who could be a muse for creating one’s own character.

Patriotic sense of Gemma takes her to the victory. She always and everywhere tries to support her colleagues. Freedom for her homeland is considered to be a matter of her life, while she lost her husband, her daughter died from tuberculosis. But Gemma never gave up. She continues to fight for the memory of Arthur, whom she thought dead, for the memory of her husband and daughter.

Protagonist as we can say, the main character of the novel «The Gadfly» — Gemma Warren later Signora Bolla is portrayed as a devoted daughter of that society. Being beloved of Arthur, Gemma is depicted as a symbol of loyalty, courage and honesty. Furthermore, the author portrayed the role of the protagonist Gemma in this novel with enthusiasm and deep sensibility.

In the character of Gemma the author showed a woman with strong character and temper. Gemma dealt to raise Arthur’s feelings which he never could recognize in his nature. This is she who made “The Gadfly” from naive student Arthur, strong, willing and person defying the senses.

After reading the novel “Put off thy shoes” by E. L. Voynich, I’ve been thinking a lot about the women from this literary work, who have positive and lasting impacts on my life. There is no doubt that in this novel Beatrice is characterized as the most wonderful, powerful personage, that had inspired me with her strength, self-discovery, and incredible brilliance while reading.

Of course there are many other ladies in this literary work. One of the powerful representations of an individualistic, passionate and complex female character, Beatrice knocks socks off. Though she suffers greatly, she always relies on herself and her incredible intellect. She is described morally, intellectually and aesthetically; she’s completely admirable and compelling.

She’s making an argument for female dominance and a woman’s right to control her body, using her considerable rhetorical skill to simultaneously underscore and attack the anti-feminist traditions of the time. Not too shabby for end of 19th and the beginning of 20th century literature.

The proud and beautiful woman Beatrice takes the dominant place in the family.

Beatrice is a round character because we know her past, her tragedies, and her feelings. She is considered to be dynamic because at the beginning of the story after her father’s death her stepfather tries to rape her and she loses interest for life. Like «an obedient icicle» she submits to marriage and maternity, concealing her revulsion and hypocritically playing the role of perfect wife and mother as good as she can. During the whole story she feels miserable, and life is not interesting for her. Even she thinks that she doesn’t love her children. But at the end of the story as Beatrice lies dying she has the satisfaction of knowing that her daughter and the adopted «fisherman's boy» will stand on the holy ground of a human love from which she herself has always been excluded. This meant that in her deep inner world she was happy in her life but she certainly afraid of admitting it to herself.

She woke, not suddenly but with a gradual clearing of consciousness, and lay with closed eyes, listening to silence. Without sight, without hearing or touch, she was aware of a presence. Slowly she opened her eyes. Put off thy shoes... for the place whereon thou standest is holy ground.

Arthur and Gladys were standing beside her, hand in hand. For a long time she lay looking at them, and they never moved. Here then, in the solemn glory reflected from one face to the other, here was the thing that she had never known.

Through the whole story she acts confidently. Beatrice is a woman somewhat conservative. She is self reserved and conscious. She didn’t go around talking to people as her sister, she restrains herself and keeps quiet. E.x.

She seemed to be a bit of a wallflower, poor thing. Now he found himself gazing at her in astonishment. It was not beauty that had caught his eyes. She as comely enough: erect and slender, with delicate features and finely pencilled brows. When you came to look at her, she was even pretty in a quiet way. For a

change, after so many glossy ringlets, he rather liked that soft, lustreless hair, just dark enough to frame her face in shadow.

But a young girl should not be thin and hollow-eyed [2].

From the attitude of Beatrice to her brother Walter, the author shows the true love between siblings. Beatrice really loves her brother, she always relies on him. It is natural, because Walter was the only person to whom she could rely after her father.

People always need such a person on whom one could rely on, trust.

As it is stated by society that women are weak point of our life they used to be simple and give the leadership to the opposite ones. We, women let to male part to be the head in all situations but by no means have we observed that they can’t do anything without us. In fact women become weaker in the problematic situations. Beatrice is a kind of a woman who probably doesn’t want to be leader but in certain situations Voynich presented her as a leader. After marriage to Henry she started to control everything in the Barton. She became a perfect housewife. Even skeptic Lady Monkton appreciated her.

The writer puts her main character into three positions where the protagonist Beatrice acts confidently and responsible for her tasks. Besides the author deeply reaches personal problems and soul of loneliness, fight with the unreal thoughts of inner world which are the main things in the novel. Firstly she is a young girl who takes care of her father without any evaluations. She doesn’t speak to her mother which is unnatural to the woman being. Each girl tries to particle the most confidential secrets to their mothers, but Beatrice is differ from those girls and tries to find logic of the events from the books of her father. This is considered as the biggest mistake in her life.

As wife she is as a supporter for her husband. Through the whole life in Barton she is a facilitator and teacher. She is comfortable with herself and others, and is quick to offer advice, instruction for keeping house work in which Henry didn’t dare. E.x.

Yesterday she had been up early and very busy all day long,

studying the house and domestic arrangements and making friends

with the servants. After supper she had produced a notebook and

pencil and had taken careful notes of wages, prices, and supplies,

and of Henry's wishes in the matter of household expenditure [3].

Beatrice — mother. The author describes maternity of her character with special flutter. She takes care of her children as it should be done, but always rejects it. Nothing is considered to be better than a mother, her love and care. Nothing in this novel can compare with the true love and care of Beatrice’s love towards her children. Here the author use a complex characteristics of motherhood.

By creating in the literature characters of a special type Voynich revealed the reality of individuals, and marked this special breed of humanity, who does not depend neither on kinship or on class, or even the level of education (as it is shown on the example of Arthur, the son of Cornell fisherman from the last novel of Voynich).

In addition to the storylines, there is a cross-cutting line of the novels by E. L. Voynich — a special type of women characters that seems to be able to travel through time and space, because it seems that they know each other, belong to the same spiritual family, all of them suffer from loosing their relatives and they belong to the same row of characters who fight till the end, they are characters of a strong spirit. This is Gemma from “The Gadfly”- Arthur’s friend of childhood, later ally of Rivarez. Marguerite — a crippled girl, whose feelings died before her physical death because of unrequited love.