Causes of death in emergency conditions of the abdominal organs 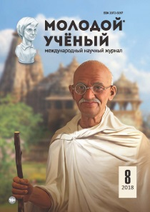 It is common knowledge that the analysis of the mortality of patients can improve the organization of medical and preventive care for patients. Our research is based on the analysis of mortality according to the data of the department of general surgery on the basis of the emergency surgical department of the city clinical hospital for 2017 among acute surgical diseases.

Half of the patients are persons of older age (over 60) — 13 patients or 50 %, which corresponds to literature data (1,4,5,6), 6 of them, older than 70 or 35 %. Elderly patients with acute surgical diseases of the abdominal cavity are the most severe patient of those requiring a quick solution of diagnostics and tactics.

After surgery for the pinched hernia 5 (19 %) patients died. All of them were admitted late — in 24–72 hours after attact with the signs of an acute strangulation intestinal obstruction and peritonitis. It is known that the lethal cases with the pinched hernia are several times higher than those after the planned ones. So, regular medical examinations and planned rehabilitation of patients of this category remains an urgent issue. We observed that in a contingent of elderly patients with hernia, in an emergency, the degree of operational risk increases, the importance of accompaning diseases increases too.

3 (11 %) patients died from peritonitis in perforated gastric and duodenal ulcer. Depending on the time of hospitalization and surgery, we apply excision of the edges of the perforated ulcer with pyloroplasty, suturing the perforation. At the same time we take into account the general condition and age of the patient, the presence of accompaning diseases, the degree of operational risk. In severe condition, as a result of far-reaching peritonitis, In all the patients perforation were sutured and drained.

From the continuing peritonitis and the inconsistency of the sutures, 1 (3 %) died of a patient with a severe wound of the sigmoid colon and its mesentery, who was admitted with the serious condition of hemorrhagic shock and alcohol intoxication, and subsequently underwent a repeated operation.

In 1 (3 %) of the deceased patients the cause of peritonitis was Crohn's disease with gangrene and perforations of the colon with diffuse caloric peritonitis. The patient was admitted on the 6th day (!) with hypovolemic and toxic shock.

Management of patients with acute pancreatitis corresponds to the generally accepted maximum conservative, low traumatic principles. With pancreonecrosis, we perform draining of the epiploic bag, marsupilation, injecting parapancreatic fiber with novocaine with inhibitors, according to the indications, we performed cholecystectomy with drainage of the common bile duct or cholecystostomy. This approach to the treatment of acute pancreatitis led to the fact that there have been no lethal cases this year. Also for this period, among patients with acute cholecystitis and its complications, there were no deaths, although over the past 5 years 243 operations were performed on complicated forms of acute cholecystitis and 4 patients (1.6 %) died.

Patients with ulcerative gastroduodenal hemorrhages died 11 (42 %). The time from the onset of bleeding to hospitalization in 3 patients was 1–2 hours, in others (8 patients) more than a day (!). All the patients were delivered in serious condition, with the phenomena of posthemorrhagic shock, and 1 of them — in the terminal state. The patients were dividedgender groups: 7 males and 4 females aged 33–83 years old. Duodenal profuse bleeding from ulcers was noted in 4 patients. In 1 patient, a stomach tumor was the cause of the bleeding, in the first case — a stomach ulcer. All other patients were operated on, and all patients at first refused surgery for a long time that worsened their condition. All these patients underwent an endoscopic examination and an evaluation on the Forrest scale: all bleeds corresponded to the IB degree. Laboratory monitoring was performed in the dynamics of hemoglobin, erythrocyte and hematocrit.

Analysis of associated diseases showed that 1 patient had terminal phase of chronic renal failure, cirrhosis — in 4 patients, IHD in 4 patients, 2 of them had acute myocardial infarction. In 2 patients — obesity of grade 3, in 1 patient — chronic alcoholism.

Thus, all patients with gastroduodenal hemorrhages arrived in serious condition and were late hospitalized, often refused examinations (EFGDS) and surgical treatment, had a range of associated diseases. Five-year dynamics of death of this group of patients showed that the use of active tactics of surgical intervention increases lethality, which is confirmed by the literature data (2,4). Patients died of acute cardiovascular failure and hemorrhagic shock.

The department admitted 1 patient with mesenteric thrombosis 13 hours later with total necrosis of the intestine, he died of endotoxicosis, the diagnosis was confirmed by pathoanatomists.

4 (15 %) patients died from bleeding with cirrhosis of the liver. All patients put a Blackmore probe. The severe condition of patients did not allow the use of surgical treatment. However, almost all patients in the past used to be treated in out — patient departments and none of them had surgery. Apparently, the indications for surgical treatment of this category of patients should be extended at earlier stages of the disease. Close contact of surgeons with therapists is needed with a view to more timely examination and treatment of such patients.

It should be emphasized that concomitant diseases play a significant role in the structure of mortality. The overwhelming majority of the deceased suffered various, sometimes several concomitant diseases. Mostly they were those diseases that led to the death, not the underlying disease, that caused the death of the patients. The received data testify the need to continue improving organizational-tactical and medical-diagnostic issues in urgent surgery.

Useful properties of red huckleberries have been known since ancient times. It is gathering begins in September and continues until November.

Useful properties of red huckleberries have been known since ancient times. It is gathering begins in September and continues until November.