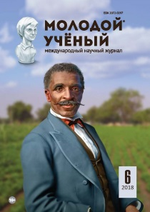 The main task of the Republic to date, along with the development of Business agricultural production based on advanced technologies is a priority. One of the main sources of increasing agricultural production is the arrangements for the timely conduct of plants agro-technical measures and effective fight against pests. Now, it is widely used chemical and biological methods to combat plant diseases and pests. Especially for several years trichogramma is used against the osmic, cotton and other scoop on cotton and vegetable crops in the conditions of Central Asia (1).

It is known that this type of trichogramma propagated by infecting grain moth eggs. Trichogramma in eggs of grain moth is a homogeneous free-flowing mass of eggs. The content in 1 gram — 50 thousand parasitized eggs. If natural trichogramma of larvae collected in the autumn, are used as a raw material, the pupa taken from butterfly larvae is used in order to increase its amount. In other cases, this process is done in a specific bio laboratory conditions using breeding larvae of sitotrogi obtained by multiplication of barley grain. For improved production efficiency of barley grain sitotrogi larvae in production conditions (room temperature, purity, moisture content etc.) and the associated sources of production technologies.

Our first experiments we conducted during 2015–2016 years in the laboratory «Bioservis» in Namangan city. As a chief during the experiment, as the basis barley grains infected with larvae of sitotrogi were taken. This process is done properly in the following way. Washing and cleaning barley grains, achieving 15–20 % humidity, as well as distribution to the 13 kilogram cassettes of 3–4 cm thick and infecting larvae of sitotrogi by pollination. Developing sitotrogi larvae begin to infest grains of barley. At this time increasing in grain temperature and reducing its moisture content occur. In bio-factory in such a process it is used tap water or irrigation ditches water to achieve the desired temperature and humidity. We used useful electrochemical water instead of the usual water in our experiment to infect grains with larvae of sitotrogi and achieve moisture of grains.

In practice it has been proved that under the action of direct current to water on certain voltage, some physical and chemical properties are changed, including the hydrogen component in water, redox potential, viscosity, surface tension of water.

The process of electrochemical activation of tap water can be shown schematically as follows (4) (Figure 1): 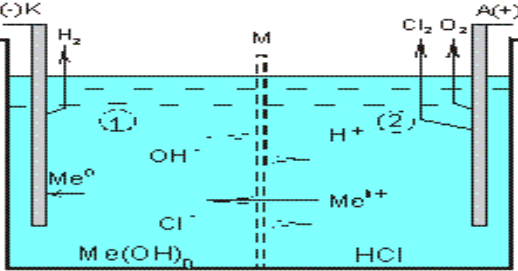 Fig. 1. Scheme of the electrochemical activation of water

The experiments consist of 3 options and are carried out in three repeats. The first option is a method when barley grains soaked in ordinary tap water and it is determinant as a control option. In the 2nd option the grains soaked in electrochemically activated water pH = 9.0, and in the 3rd option electrochemical water pH = 10.0 is used. The results of experiments showed that in control option, for 1000 kg of barley grains was obtained 6085 gr of the sitotrogi eggs, in the 2nd option 6300 gr, in the 3rd option 6600 gr. This shows that using the electrochemically activated water to grains of rye at infecting them with sitotrogi eggs is effective.

According to the study, the following conclusions: