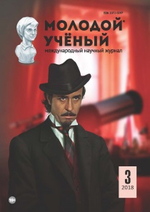 I can see it in all their actions

I can show you postcards as good as his

You can always take weapons from the dead

You might possibly get away by fishing boats. When I thinks of it I could die.

He might have been a judge himself sitting in chambers with experts in a tricky chancery- case.

As we see the interpretation of the semantic structure of the verb “видеть” proves, that the meaning “ability” is proper to the verb “вижу” and is contained implicitly in the semantic of the given verb, other verbs — infinitives using as the second constituent in the given type of translation also contain in itself the semantic “ability”.

The English dictionary A. S. Khornbi gives the following interpretation of the verbs — infinitives used in the above examples:

Catch — receive with the senses or the mind.

Understand- know or realize the meaning, significance, nature of explanation and though in Russian translation “условия”, ‘’не понимаю”, don’t express the meaning “ability”, the analysis of vocabulary definitions of the given Russian verbs proves the presence of this meaning.

Compare: 1. Уловить- means to apprehend by the sense organs something hardly appearing, hardly visible, audible. 2. Means to note, differ, understand, comprehend by intellect, feeling for language, intuition, comprehend (hearing, vision intellect, comprehension- ability to understand, differ). To understand- imperfective to understand (size up for yourself, understand the meaning content. The presence of the meaning “ability” implicitly containing in semantic structure of the Russian verbs ”уловил”, “не понимаю” and others allows to the interpreter to miss the discrete unit with the meaning “possibility”.

Such elective combination lies in the bases information to the given combination of the definite modal color, characteristic. Thus, the given material shows that not only modal verb takes part in giving to the combination the definite modal meaning and both constituents in total however with the prevailing role of the infinitive as “stimulus” appearance of one or another lexical meaning of modal verb. Thus, we can say that in the second and other types of translation with the discrete expression of modality differs from the first type of translation that modality is solved as in one with the action itself and the action had already done but in discrete types of translation the modality serves as existing separately from the action itself and action in this case didn’t realize but only conceives as possible to realize.