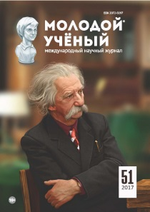 In this era of rapid development of the Internet, «Internet + Sport» is also spawning more sport APPs. The project team conducts research on exercise-related data. Through the design of questionnaires, distributing to different social strata, age groups to conduct a survey, the feedback results were analyzed and summarized. The existing sports app on the market was downloaded and compared with the designed «Let’s Exercise Together» APP. Finally, response measures and the next step is proposed.

The sport application (APP) is the product of the Internet era. It gained public recognition and love, set off a national fitness upsurge. By combining online and offline, the sport APP promotes people's understanding of their movements, abilities, and exercise load. Its social function has also become an important reason for people to choose sports APP. Therefore, in 2017, the project team applied for the project of «Let’s Exercise Together», the innovation and entrepreneurship training program for undergraduates and the support of Jilin Province.

After project establishment, in order to carry out the project better, the project team conducted a series of pre-design and concluded the feasibility theoretical basis of the project.

The project team designed the questionnaire and distributed it online, and analyzed the collected questionnaire data to determine the content of the next step.

The questionnaire of APP

（3）Experiencing the sports APP available on the market

The project team experiences sports APPs that are already in use on the market. In addition to WeChat, QQ and Alipay, we also download sports-themed APPs to understand their functional distribution. In the meantime, we should further consider how to uniquely reflect the project theme of «dating exercises» while enjoying the advantages of using existing sports APPs.

The project team carried out the project in different aspects.

The team has conducted statistical analysis on the collected questionnaire data, made theoretical improvements to the existing problems in the project, and improved the theoretical feasibility of the project.

The project members collected relevant information about sports and the Internet, sorted out and summed up the current demand for the combination of the Internet and sports, provided preliminary data preparation for the project, and provided theoretical basis for the feasibility of the project. Data analysis and finishing are as follows:

A. In the first half of 2017, China Mobile Internet Development Big Data showed that the DAU in the sports health market are growing clearly [1]. The sport was getting more and more attention in people's lives. With the popularization of mobile internet, the APP of the internet + sports has a good development possibility. The sports APP makes the training can be transferred online from offline and provides great convenience [2].

B. People who really love sports rarely use sports APPs. Users are mainly people who do not usually love sports. Because these APPs address the psychological needs people show off in social software. It's hard to maintain just to satisfy your vanity [3].

C. The main functions of the current exercise APP vary greatly in the degree of satisfaction among different types of people and the preference of the function. Professional sports students generally believe that the existing sports APP less professional, providing quality of service is not high. Ordinary students hold a positive attitude toward sports APP, believing that their data are reliable and can provide relatively professional services [4]. Most users are young people, with less utilization of the elderly [5].

D. There are a lot of sports apps in the app market, but their functionality is not very different. Each sports APP covers the sports record, record details, social and other functional sections. The difference is mainly in the layout design and ease of use [6].

A. Of the 251 respondents, «no companion» accounted for the majority of the reasons for the small amount of physical activity except «no time».

Figure 2. The respondents tended to join together in sports

C. Respondents who were willing to exercise with strangers accounted for 34.66 % when they could not find an acquaintance to sport together; 40.64 % as the case may be; and 24.70 % did not want to go with strangers.

Figure 4. The propensity degree of respondents to use dating sports APP

The above analysis of the survey data provided theoretical necessity and feasibility of the project.

The project team selected two sports APPs, the most popular «YUE DONG QUAN», and «KEEP» with the largest increase in user scale, mentioned in China Mobile Internet Development Analysis Report in the first half of 2017.

The «YUE DONG QUAN» APP includes walking, running, cycling, fitness. It is characterized by red envelopes reward to drive users to complete the relevant activities and tasks. There are many games, including online and offline, there are also related courses to provide learning. The APP has its own online store. The «keep» APP requires registrants to fill in basic information, including height and weight, as well as options for the purpose of choosing a sport, in order to recommend suitable exercise classes for registrants. APP features include a friend ranking, a variety of course teachings and experiences, health training and diet knowledge. The features in common of KEEP and YUE YUN DON Gare the types of exercise have similar and have their own online store. Although KEEP has the ability to search nearby, all members of the project team feel that the nearby function can not date sports.

It can be seen from the experiences that currently the most used sports APPs include sports such as fitness, running, running, etc., those do not have the nature of sport that needs people to work together to accomplish. The experience shave demonstrated the uniqueness of the APP project of Let’s Exercise Together in accomplishing multi-person sports.

3. Assumption of the following work

（1）To explore techniques that ensure accurate positioning information for participants of dating sports, as well as conduct a full-process orientation of participants throughout the exercise to enhance their sense of security.

（2）Reminder function will be added to the APP. For those who have data sports successfully, the reminder function would shorten the preparation time. If one party fails to appoint, the APP can promptly notify the other party to cancel the activity.

This article is a stage result of 2017 college student innovation and entrepreneurship training project, Let’s Exercise Together, supported by Jilin Province Department of Education.

Fostering and improving leadership capacity of head of department in...

The assessment results are kept in personnel records, as a basis for planning, training and retraining plans for staff, and plans for staff shift and

Fostering and improving leadership capacity of head of department in...

The assessment results are kept in personnel records, as a basis for planning, training and retraining plans for staff, and plans for staff shift and