Technologies of interactive training in lessons of foreign languages 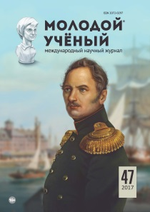 The essence of interactive learning is that the learning process is organized in such a way that practically all learners are involved in the process of cognition, they have the opportunity to understand and reflect on what they know and think. Excludes the dominance of any participant in the educational process or any idea. And this happens in an atmosphere of benevolence and mutual support, which allows not only receiving new knowledge, but also develops cognitive activity itself, translates it into higher forms of cooperation and cooperation. In the course of interactive learning (which is what interactive learning involves), students learn to think critically, solve complex problems based on an analysis of circumstances and relevant information, weigh out alternative opinions, take thoughtful decisions, participate in discussions, and communicate with others.

The active method is a form of interaction between students and teachers, in which the teacher and students interact with each other during the lesson and the students here are not passive listeners, but active participants in the lesson. If in the passive lesson the main actor and lesson manager was a teacher, then the teacher and students are on an equal footing. If passive methods assumed an authoritarian style of interaction, the active ones more presuppose a democratic style. Many between active and interactive methods put an equal sign, however, despite the commonality, they have differences. Interactive methods can be considered as the most modern form of active methods.

Interactive learning is a special form of organizing cognitive activity. It implies quite specific and predictable goals. The goal is to create comfortable learning environments in which the student or listener feels successful, intellectually sound, which makes the learning process productive, and also creates a basis for problem-solving work after the training is over.

The educational process, based on the use of interactive teaching methods, is organized taking into account the inclusion in the learning process of all students of the group without exception. Joint activity means that each contributes its own individual contribution, in the course of work there is an exchange of knowledge, ideas, and methods of activity. Individual, pair and group work is organized, project work, role games are used, work with documents and various sources of information is carried out. Interactive methods are based on the principles of interaction, activity of trainees, reliance on group experience, mandatory feedback.

– solves the information problem, since it provides the trainees with the necessary information, without which it is impossible to implement joint activities;

– develops general educational skills (analysis, synthesis, goal setting, etc.), that is, it provides a solution for learning and developing tasks;

– provides a solution to educational problems, as it teaches and teaches to work in a team, listen to someone else's opinion.

Interactive learning partly solves another important task. We are talking about relaxation, lifting the nervous load, switching attention, changing forms of activity, etc. In this understanding, interactive learning as a form of the educational process is really capable of optimizing the essence, content and structure of pedagogical interactions.

Under the technology of interactive learning, we mean a system of ways to organize interaction between the teacher and students in the form of educational games, which guarantees pedagogically effective cognitive communication, which creates conditions for students to experience success in learning activities and mutual enrichment of their motivational, intellectual, emotional and other spheres. It is important to instruct the teacher to achieve the set learning goals.

For example, the technology of working in pairs or triples, both permanent and rotational (replaceable). It's not a secret for anyone that such a technology allows successfully to work out many aspects when teaching a foreign language.

Sometimes I use this form of interaction, like «Take a position». A statement is read out, and the students should go to the poster with the word «YES» or «NO». It is desirable that they explain their position. As a logical extension, you can use group work.

When using the «Decision Tree» technology, the class is divided into 3 or 4 groups with the same number of students. Each group discusses the question and makes notes on its «tree» (a large sheet of paper), then the groups swap places and add their ideas to the neighbors' trees without criticizing or correcting the ones already on the sheet. You can change groups holding in a circle, you can stop at a certain number of «advisers». The host group processes the additions, proposes its final decision on this issue, conducts a discussion, which sometimes grows into the discussions of the parties (especially when discussing some controversial or controversial issues). The decision tree can be used by discussing the pros (one group) and the minuses (the second group) of some question. Sometimes on generalizing lessons I use a technique known in psychology as «Candle». A circle of candles is passed around the circle, and the students express themselves on different aspects of the training. In high school, the candle adds confidence to the conversation, sincerity and frankness. With younger children I use a similar technology called «live ball» or «Teddy bear». A teddy bear is being broadcast, for example, when working out complementary structures, when composing descriptive stories or, for example, when working on the theme of myself. I do not need a presentation and my very favorite technology «Brainstorming» has settled firmly in our lessons. It perfectly stimulates creative activity. The participants of the discussion are offered to express as many possible solutions as possible, including the most fantastic ones (the time for discussing the problem is usually limited to 1–5 minutes). Then, out of the total number of ideas expressed, the most successful ones are selected, which can be used in practice. Perfectly suitable for discussing problematic issues (health, sports, youth, education system). When using the «Unfinished Proposal» technology, the student is asked to read the unfinished sentence and quickly proceed with any words, the first thought that came to mind. Suggestions begin very vaguely, so the guys have almost unlimited possibilities to finish it. They relate to different life spheres and can cover any topic. Similar technology «Group story» is used by me often enough, especially when working out Past Simple and Past Continuous. Each trainee adds one sentence to the story already started. According to a certain signal (in a minute) the sheet with the unfinished story is passed on in a circle. The stories turn out to be unexpected and ridiculous. The list of used and fully usable technologies can be continued indefinitely: debates, discussions, seminars and, of course, games. There are a huge number of forms of role-playing games in English classes: presentations, interest clubs, interviews, correspondence tours, round tables, press conferences, excursions, fairy tales, reports, etc. For example, in the context of studying the topic «Law and order» (grades 10–11), we always play a court session, and the study of the theme «Art» smoothly flows into a correspondence excursion to one of the most famous museums of our country. The study of the theme «Journey» has evolved into a presentation of travel companies advertising various types of recreation. The group of students represented independent experts who decide during the discussion which advertising project is presented most clearly, advantageously and correctly. As part of the study of the topic «Money», we traditionally hold a round table with the goal of «finding a sponsor». A group of sponsors listens to the arguments of those who need material support (the roles are distributed in advance: a student who needs a scholarship, an immigrant seeking funds for studying a language, a single mother wants to give a good education to her son, etc.), asks questions, creates a situation of rivalry and disposes of material means. The task of each participant is to prove that it is he who is worthy of the grant. I have resulted only in a few examples of the use of interactive technologies in the study of a foreign language. I hope they have a place in your lessons. I would like to emphasize once again that these technologies allow not only to successfully solve the tasks of preparing a teacher of a modern school, but also significantly intensify this process and become a condition for improving the quality of education.