Assessment of employees’ predisposition to coaching and mentoring 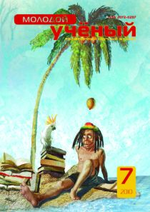 Within the UK alone, there are thousands of suppliers in coaching and mentoring, ranging from small, sole traders to large, international training corporations. Their average turnover in 2004 was 8 million with 500,000 pre-tax profit.

The coaching has been defined by a number of scholars and practitioners as:

The art of facilitating performance, learning and development of another.

Directly concerned with the immediate improvement of performance and

development of skills by a form of tutoring and instruction. (Parsloe, 1995)

According to Law (2002), coaching activities have the following characteristics:

Many organizations have found that new and inexperienced employees can benefit from being mentored by more senior and usually higher level employees. Mentoring is a special kind of work relationship between two employees in which the more experienced one offers career guidance, counseling, and emotional support, and serves as a role model, to the less experienced one (Low, 2007). Although most mentor situations involve employees of different organizational levels and often a mentor is the protégé`s supervisor, mentors can also be peers who are at the same level but are more experience. Mentoring can be thought of as a kind of training that not only orients new employees to the job but helps them develop their careers with the company over a considerable period. Research has shown that employees who are mentored, or protégés, derive a number of benefits from mentoring, including better job performance, quicker promotion, better job attitudes, less turnover, and less conflict between demands of home and work. There are also benefits for the mentors, including personal satisfaction, enhanced job performance, recognition by others, and future loyalty of the protégés which can be helpful.

Mentoring occurs quite naturally as relationship develop between people at work, but many organizations have formal mentoring programs in which mentors and protégés are assigned to one another. Formal programs can be useful because not all employees are likely to find mentors on their own. Individuals who are achievement oriented and sociable are most likely to find mentors naturally. Assigned mentorships don`t always work as well as those that develop naturally, because assigned mentor-protégé relationships are not always good. Allen, Eby and Lentz (2006) studied the experiences of mentors and protégés, asking about several features of their mentor program and whether they derived benefits. They showed that allowing both mentor and protégé to have input into the pairing, and training were important factors in achieving a successful mentoring experience. In the extreme, mentoring can become dysfunctional when the relationship between mentor and protégé becomes destructive, with the mentor being overly critical and even undermining the protégé. Such negative experiences can be worse than no mentor at all and can be a significant source of stress for protégées.

How do we select people for coaching/mentoring training? How do we identify whether people might be receptive to wider roles?

In literature the researchers usually emphasize following qualities and skills of a successful coach/mentor: awareness, empathy, friendly personality, diplomacy, facilitation skills, learning skills, interview skills, management of change, and tolerance of ambiguity. Some of this qualities and skills are also applicable to the coachees/mentees. Among them the most important are learning skills – being quick to learn and learn who knows what, in particular within a team and an organization.

The possession of the self-efficacy concept is also important. One’s perceived self-efficacy is defined as “belief in one’s capacities to organize and execute the course of action required to produce given attainments” (Bandura, 1997). A self-efficacy expectancy refers to personal action, control or agency. A person who believes in being able to produce a desired effect can conduct a more active and determined life-course. This “can-do” thinking represents a sense of control over the environment. It reflects the belief that a person can control challenging environmental demands by taking adaptive action. Individuals with high self-efficacy choose to perform more challenging tasks and anticipate optimistic scenarios and are active in identifying knowledge and skill sets that can help overcome barriers and achieve their learning goals.

Some researchers (Low et al., 2007) have compiled a simple inventory as a precursor to training in the coaching/mentoring process and also to identify aptitudes in other roles. Individual co-ordinators might want to adapt this inventory for their own needs in assessing the match between potential participants and the process. It is not a very refined instrument, for that reason. It`s possible to use such an instrument as a discussion starter to assess fit for the range of possibilities in coaching/mentoring. Individuals will change over time and with experience.

Rate you agreement with these statements on a scale of 1-4, where

Openness to experience involves active imagination, aesthetic sensitivity, attentiveness to inner feelings, preference for variety, and intellectual curiosity. A great deal of psychometric research has demonstrated these qualities are statistically correlated. Thus, openness can be viewed as a global personality consisting of a set of specific traits, habits, and tendencies that cluster together.

Openness tends to be normally distributed with a small number of individuals scoring extremely high or low on the trait, and most people scoring ear average. People who score low on openness are considered to be closed to experience. They tend to be conventional and traditional in their outlook and behavior. They prefer familiar routines to new experiences, and generally have a narrower range of interests.

1.    Fantasy - the tendency toward a vivid imagination and fantasy life.

2.    Aesthetics - the tendency to appreciate art, music, and poetry.

5.    Ideas - the tendency to be intellectually curious and open to new ideas.

According to research by Sam Gosling, it is possible to assess openness by examining people's homes and work spaces. Individuals who are highly open to experience tend to have distinctive and unconventional decorations. They are also likely to have books on a wide variety of topics, a diverse music collection, and works of art on display.

Openness to experience correlates with creativity, as measured by tests of divergent thinking.  Openness is also associated with crystallized intelligence, but not fluid intelligence. These mental abilities may come more easily when people are dispositionally curious and open to learning. However, openness is only weakly related to general intelligence. Openness to experience is related to need for cognition, a motivational tendency to think about ideas, scrutinize information, and enjoy solving puzzles.

There are social and political implications to this personality trait. People who are highly open to experience tend to be politically liberal and tolerant of diversity. As a consequence, they are generally more open to different cultures and lifestyles. They are lower in ethnocentrism and right-wing authoritarianism.

Conscientiousness is the trait of being painstaking and careful, or the quality of acting according to the dictates of one's conscience. It includes such elements as self-discipline, carefulness, thoroughness, organization, deliberation (the tendency to think carefully before acting), and need for achievement. It is an aspect of what has traditionally been called character. Conscientious individuals are generally hard working and reliable. When taken to an extreme, they may also be workaholics, perfectionists, and compulsive in their behavior. People who are low on conscientiousness are not necessarily lazy or immoral, but they tend to be more laid back, less goal oriented, and less driven by success.

People who score high on the trait of conscientiousness tend to be more organized and less cluttered in their homes and offices. For example, their books tend to be neatly shelved in alphabetical order, or categorized by topic, rather than scattered around the room. Their clothes tend to be folded and arranged in drawers or closets instead of lying on the floor. The presence of planners and to-do lists are also signs of conscientiousness. Their homes tend to have better lighting than the homes of people who are low on this trait.

Overall, one possible way to assess employees’ predisposition to coaching and mentoring is to see the relationship between the personality characteristics of an employee and his readiness for this processes. The personal factor is always important as the first step. But the assessment of the employees’ predisposition is a complex process and can include much more things.