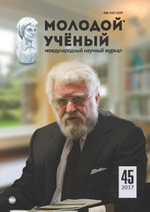 The prevalence of type 2 diabetes has escalated in recent years, mainly as a result of changes in lifestyle and increasing obesity [1]. This has serious public health implications: Life expectancy of men and women who receive a diagnosis of type 2 diabetes at age 40 is reduced by 11.6 and 14.3 yr, respectively [2]. Death is usually due to cardiovascular disease, especially if nephropathy is already present [3]. In type 2 diabetes, hypertension is a frequent comorbidity, often being present when diabetes is diagnosed [4]. According to the World Health Organization, more than 180 million people worldwide suffer from diabetes, in 2025, likely to increase these numbers twice [5]. In the nephrological diseases structure of the U. S. and developed countries of Europe, diabetic nephropathy has the highest incidence of chronic renal failure and need for dialysis treatment [6].

Aggressive BP control to prevent the onset of nephropathy, or its progression if already present, is emphasized in recent guidelines [7]. Many classes of antihypertensive agents are available, and their use will overcome the GFR decline and development of ESRD [8].

Since hypertension and microalbuminuria increased initially increased risk of cardiovascular complications in diabetic patients, the proper control of blood pressure and albuminuria in these patients is crucial to improve prognosis [9].

Studies on the relationship of circadian rhythm of blood pressure (BP) and the degree of renal dysfunction in patients with DN are not numerous, and the results are contradictory. Furthermore, the role of metabolic disorders, that affect on the function of the heart and kidneys are not fully understood.

Therefore, the aim of our study was to evaluate hypotensive and renoprotective efficiency of eprosartan and lercanidipine in patients with diabetic nephropathy.

Our study included a total of 43 patients (23 male and 20 female), including patients fulfilling the clinical criteria for diagnosing diabetic nephropathy (DN). Mean age was 48 ± 6 years. The criteria for selection of patients was presence of hypertension (a norm accepted by WHO 120/80–139/89 mm Hg.). We excluded patients with non-diabetic CKD, severe infectious or neoplastic disease before or during the study, chronic liver disease, pregnant women, estimated survival of less than 3 years, or patient refusal to participate. The duration of the study was 12 weeks.

Patients treated with antihypertensive drugs regularly, for 5–7 days before treatment stopped taking them (during the «wash-out»). Before starting treatment, patients were randomized into two comparable groups. Patients in Group 1 (n = 22) were allocated to the angiotensin receptor blocker II — eprosartan at a dose of 600 mg/day. In group 2 (n = 21) patients received calcium antagonist — lercanidipine at a dose of 10 mg/day. The control group consisted of 15 healthy volunteers, comparable with major groups by age and sex.

Renal function was estimated using sCr (in mkmol using the modified Jaffe method) and glomerular filtration rate (GFR) using the abbreviated MDRD formula [10]. In addition, of the patients were determined daily amount of urinary albumin. Each patient was determined albumin/creatinine ratio (ACR) in the morning urine sample as an index, with high sensitivity and specificity reflecting the daily urinary albumin excretion [11].

Clinical and laboratory characteristics of patients with DN

Statistical analysis of the results based on a personal computer using the Excel package of Microsoft Excel 2007 and STATISTICA_6. We used Student’s t-tests to compare means for numerical variables between the two phases of the study period (baseline and final). We used Fisher’s exact test to compare categorical variables and Spearman’s rank correlation coefficient to examine the relationship between different quantitative variables. We compared the results from before and after treatment using the Wilcoxon test for paired samples. We considered a P-value <0.05 to be statistically significant.

Thus, there was a significant decrease in blood pressure in all groups, some more positive dynamics was observed in the group of patients treated with eprosartan compared with equivalent doses of lercanidipine.

According to the results of the quantitative determination of microalbuminuria (MAU) in the morning urine sample we compared renal protection efficacy of eprosartan and lercanidipine. At baseline, there were no statistically significant differences between groups in urinary albumin excretion. After the 12-week treatment in patients of group 1, treated with eprosartan, microalbuminuria was significantly reduced by 29.4 % (mean MAU in group 1 after 12 weeks of therapy was 269,6 ± 21,5 mg/g). In group 2 patients, treated with lercanidipine, after 12 weeks of treatment, the level of microalbuminuria decreased by 16.2 % (the average level of MAU in Group 2 after 12 weeks of therapy — 321,3 ± 25,8 mg/g) (p < 0.05).

The study demonstrated no significant differences in the antihypertensive effectiveness of drugs from the group of angiotensin II receptor blockers (eprosartan) and calcium antagonists (lercanidipine) in equivalent doses, but the renoprotective effects of eprosartan, according to the our results were more obvious than that of lercanidipine.

The renoprotective effects of angiotensin II AT1 receptor blockade (ARB) in patients with DN appear to be primarily based on blocking the angiotensin II activity in renal tissue, since this enzyme is very active in the renal cortex of diabetic patients, where we can detect upregulation of the expression of renin and AT1 receptors. [13]