Application of correlation and regressional analysis to logistic issues 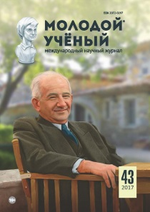 The globalization taking place around the world, accelerating the flow of investments, the financial crisis, and the enhancement of the competitive environment have a significant impact on the sustainable development of logistics. Under such conditions, the use of mathematical modelling in logistic system is a systematic representation of real processes in the national economy, which is an effective tool for identifying and studying the development of the sectors of the economy, increasing the efficiency of the economy.

Furthermore, mathematical modelling in logistics determines the directions of complex analysis of all areas of management, creation of multi-model management models, modernization of the national economy and optimal utilization of scarce resources. By implementing modern mathematic methods with the information technology together in practice, complicated socio-economic issues of the economy of our country can be analysed in detail. In addition, creating mathematic models of a national economy as a unique system not only offers a wide range of solutions to above-mentioned issues, but it also identifies the influences of worldwide crisis on business cycles and formulate successful strategies of dealing with the harmful impacts of the crisis. At the same time, it is also possible to assess the effects of endogenous and exogenous factors of the economy by developing mathematical models of logistic issues on the basis of information and communication technologies.

To module mathematically logistic processes the general form of the equation is selected as illustrated below:

) — the vector of parameters of logistic indicators.

The regression equation is mostly linear:

The second form of the regression equation is an exponential function:

These equation parameters are computed by the least squares method.

In general, the normal system of equations is characterized as illustrated below:

To determine the exponential parameters of the model (2) one first needs to change the model to logarithmic-linear view:

Then we use logarithms to create a system of normal equations:

— theoretical value of the regressand determined by the equation of regression;

— an average arithmetic value of the regressand.

G. Tintner proposed the following formula for the cumulative coefficient of correlation:

is a covariance evaluated by the formula of (

On the normalized scale, the cumulative Regression equation can be summarized as follows:

are determined by the couple of correlation coefficients.

n of the equation systems is developed to compute coefficients:

(8) regression coefficients are the solutions of the equation.

If the regression equation is

coefficient is calculated by the following formula:

coefficient is obtained by substitution.

The reliability of the relationship between these two factors is determined as shown below:

, a relationship is significant.

The cumulative correlation coefficient can also be calculated by the following formula:

indicates the degree of the influence of each factor. Precisely,

shows how many times the effect of

- factor is greater than the impact of the j — factor.

The root mean squared errors are determined by the following formula:

The relationship between correlation coefficient and the root mean squared errors is estimated by the value of t statistics.

The individual elasticity coefficients of the factors are computed using the following formula:

After calculating the main indicators of the regression analysis, predicting indicators will be estimated as follows:

The least squares method is utilized to compute coefficients of

. After deriving the values of these coefficients, the error terms are calculated:

and the regression analysis is continued for the values of

After that, one must use a regression equation for t statistics to construct linear tendency simultaneously from correlated and uncorrelated variables. In this case, an equation is formed as shown below:

If the tendency is non-linear, then the most complicated form of the trend is excluded:

The average value of the errors in forecasting from the formula above may play a key role in increasing the reliability of the results.

The accuracy of the period depends on the preceding period and the duration of the predicted period. The use of mathematical models in dealing with logistical issues establishes bases for finding optimal solutions.