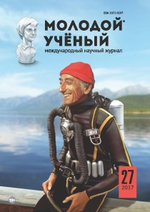 Radiotelephony communication (hereinafter — RTC) is generally perceived as a professional communicative interaction and message exchange between flight crew members on board the aircraft and air traffic controllers (hereinafter — ATCs).

Linguistically RTC is regarded as a complex integrity of phonetic, grammatical and lexical units combined to provide a professional verbal communication between pilots and ATCs during the flight operation.

RTC discourse has repeatedly become the research subject analyzed and looked into against the background of the following linguistic perspectives: pragmalinguistics, contrastive linguistics, stylistics, terminology studies, and cultural linguistics.

However useful and practical the above-mentioned studies may be, there is nothing more significant for air transportation than air safety, considered the highest priority throughout the whole aviation world. Thus the effectiveness, clarity and consistency of RTC is an essential component of the integrate air safety system. It leads us to the research of verbal mistakes, which especially makes sense in the context of aviation environment.

On the one hand, air safety reports show that 80 % of aviation accidents are resulted from the “human factor” influence, that is ATCs’ or crews’ errors, with the Russian Federation ranking number two in the world statistics of aviation accidents by the reasons of outdated fleet and poor flight crew training [4].

On the other hand, the year-over-year accident statistics indicates “a reduction in the overall number of accidents as well as the accident rate, a positive trend for air transportation safety” [2, p.5]. For illustrative purposes, the ICAO organization report states: “The 474 fatalities in 2015 represent a substantial decrease from the 904 fatalities in 2014, despite the tragic events of the Germanwings and Metrojet accidents which caused significant loss of life. The number of fatal accidents decreased in 2015 to just 6, the lowest in the past five years” [2, p.5].

RTC environment presupposes some risks of making comprehension mistakes both by pilots and by ATCs due to various reasons: radio interference, background noise, impossibility to use gestures and body language signs. Therefore, the reasons why it is essential to research these comprehension mistakes are evident, as it may serve the purposes of quality enhancement of aviation personnel training, reduction (if not elimination) of aviation accidents associated with incomprehension or misunderstanding between RTC participants, and air safety augmentation.

In order to detect RTC communicative breakdowns and disclose their causes, an experiment was carried out at the premises of Moscow State Technical University of Civil Aviation in April — May, 2011. The experiment took place in two training groups of pilots who had a different English language knowledge level. The task was set as follows: the testees had to listen twice to the training text containing an English RTC message: first fully, then partly (sentence by sentence) while writing it down the way they understand it. Each text fragment was separated from the succeeding one by a sufficient pause so that the pilots could have enough time for comprehension and writing it down. The result of the experiment allowed to detect the main communicative breakdowns at two different language levels and eventually disclose their causes.

The two suggested RTC conversations characteristic of non-standard situations are a part of the learning material represented in the book “English for Aviation for Pilots and Air Traffic Controllers”, specially designed for aviation professionals — particularly pilots and air-traffic controllers who wish to reach and maintain ICAO level 4 (four) [1].

In EXCHANGE I TCAS (Traffic Collision Avoidance System) is issuing a resolution advisory (in italics) ordering the crew to descend as the vertical distance between the flights is closing:

GBL Can you confirm climb back 120? GBL.

In EXCHANGE II the flight crew receives standard ATC’s instructions to push back and taxi, but after a minor incident when an A320 has stopped on the runway-in-use, the ATC issues altered instructions (in italics):

Ground Speedbird 937, I can't issue take off clearance. There seems to be a problem. The Airbus 320 has stopped on the runway. Stand by, Speedbird 937.

We could logically suppose that the better a person knows the language, the less serious mistakes he/she makes. However, the experiment demonstrates that it is not always the case concerning RTC comprehension: in both groups, communication breakdowns were caused by unexpected non-standard situations. Gross errors that might finally result in the aviation accident, such as incorrect perception of figures and numbers, have been registered in the notes of both groups.

The most typical comprehension mistakes made by Russian-speaking pilots, according to our linguistic experiment, are the following:

‒ incorrect use of the negative particle NOT: NOT < no in the phrase No speed restrictions;

As both pilots and ATCs typically make the above-mentioned error, one of the main RTC recommendation is a pilot’s proper readback and its adequate check by the ATC [1]. The indicated perceptive distortion of fast-pronounced figures and numbers is not only characteristic of Russian-speaking flight crew members and ATCs but, remarkably, among English-speaking aviation personnel it is also the case.

‒ auxiliary verbs in general questions: YOU WANT TO FILE A REPORT? < D’you want to file a report?; CONFIRM CLIMB BACK 120? < Can you confirm climb back 120?

Having analyzed the most common and frequent comprehension mistakes, we are now able to make some conclusions from the experiment data. Most notably, the testees introducing their own synonymous alterations are basically guided by the meaning of the phrases, not their sounding:

‒ “rising perception”, or “from-bottom-to-top scheme”, when the human perception begins with sound analyzing, moves up to the morphological and syntactical structures, and completes with the interpretation of the phrasal meaning, thus passing through the mentioned stages from the sounding to the meaning;

‒ “descending perception”, or “from-top-to-bottom scheme”, when the human perception goes through the comprehension stages from an approximate assessment of the phrase meaning down to its more precise definition [3].

The experiment results support the idea that the hearing perception follows the descending pattern, or “from-top-to-bottom scheme”, as in most cases the testees were guided by the meaning, not the sounding of a phrase or sentence, and replaced some words with their synonyms having quite different sounding (refer to the examples REPORT REACHING < call on reaching). Both pilots and ATCs generally tend to discern the most significant lexical units of a phrase without paying much attention to grammar, which is predetermined by the RTC specific features.

Knowledge of the RTC phraseology in the English language definitely contributes to a successful career of ATCs and pilots. However, according to the experimental findings, RTC vocabulary drill proves to be rather ineffective in case aviation personnel have insufficient basic knowledge of the language. In a non-standard situation, ATCs’ instructions may go far beyond the limits of the standard RTC phraseology, and the variety of situations simply cannot be predicted. Thus, in order to avoid misunderstandings which might lead to aviation accidents and incidents, it is essential for all RTC participants to be able to speak English fluently.

Owing to the strictly regularized learning process in most flight schools, pilots acquire an invaluable habit of observing discipline and following the stated rules and regulations. However, it may result in their fear to move away from the learned formula, which is undoubtedly suitable for some situations, while other flight situations require a flexible way of thinking and decision-making.