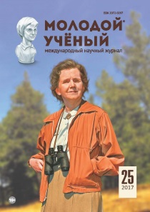 Abstract: At the heart of modern teaching methods of speaking are such categories of oral language communication as: situation, role, position, community, type and scope of communication, which are considered in modern science as models of speech communication.

The most important of these teaching methods is the communicative (speech) situation. Communicative situation, as a method of teaching speaking, consists of four factors:

1) the circumstances of reality (situation) in which communication is carried out (including the presence of unauthorized persons);

2) relations between communicants (subjectively — the identity of the interlocutor);

4) the implementation of the act of communication, creating a new position, incentives for speech.

Each of these factors, the method of teaching speaking, has a certain influence on the speech of the interlocutors (the choice of the topic and the direction of its development, the choice of linguistic means, the emotional coloring of the speech, its unfolding, etc.)

By the nature of the relationship between communicants, the methods of teaching speaking differentiate between formal and informal communication.

Business conversation can be considered as a necessary link in non-speech activity, as a means of solving problems arising from non-verbal actions (for example, discussion between family members of the way of holding summer vacations, choosing a profession for a school-leaving son, verbal accompaniment of working in the garden, etc.).

Free conversation is characterized by a large variety of speech stimuli that encourage communication of its participants. It may be a desire to share news, get some information, or simply fill in the time that has arisen as a result of waiting. Free conversation is widely used to establish contact between members of the temporary group, for example, during the reception of guests.