The dissimilarities of grammatical components in translation process 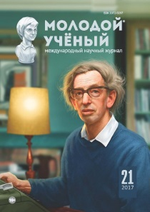 The diversity of grammatical features between two languages can be of different types, depending on the languages and differences between two languages are related to different gender, number, derivational systems, tenses and some construction. These grammatical dissimilarities are problems to the translator as it not only involves analysis of the differences but also finding accurate and proper correspondences in the target language using syntactic compression in translation process, for effective transfer of the information. Syntactic compression means the use of shorter or simpler constructions instead of long complex constructions in the speech. It is achieved by breaking a complex sentence into several simpler ones. According to R.V.Chernov: “Syntactic compression results from the choice of a shorter and simpler construction than that used in the original, for instance by: a) breaking a complex sentence with involved clause structure into several simple sentences b) substituting a prepositional phrase for a participial construction [1]. These syntactic compressions may be translated into Uzbek in the following ways:

The grammatical dissimilarities such as negative sentence is used in English once which completely differ from Russian.(ср. Русское: никто никому ничего нигде никогда не говорил). The negation “ no” before noun also refers to verb in which the whole sentence will be negative and to translate into Russian sometimes should be put the negative pronoun “ никакой”. No attempts were made to see her. Никаких попыток увидеть ее не было сделано, а не: Не попытки были сделаны увидеть ее. No dog barked in the street. Собака не лаяла на улице, а не: Не собака лаяла на улице. When “no” comes before noun, it needs to find the verb-predicate and translate the sentence as negative form. If there are negative pronouns or adverbs: nobody, no one, nothing, nowhere the verb will translate as negative form in the sentence. I see nobody. Я никого не вижу. Sometimes in one sentence there are two construction of negation, in one of them is used the “not”, another is used with suffixes: un-, im-, in-, dis-. In these case the verb should be translated as affirmative, but it needs to add the words such as : “ довольно, весьма, вполне, лишь” before adjective or adverb. 1)It is not improbable that there took place an inversion of configuration.- Весьма вероятно, что имело место обращение конфигурации. 2) The reaction did not start until the next morning. -Реакция началась лишь на следующее утро.

It is too important to clarify for translation which part of sentence the word belongs to. There is a strict structure of sentence in English: subject, predicate, object and adverbial modifier can be stand at the beginning or at the end of sentence. The attribute has not the constant space in the sentence and can be put next to any part of component which is determined. If there are six nouns after definite article, the sixth noun will be that noun(the determined word) which refer to article and translation into Russian should be done from the end: The Moscow Region State Farm Horse Exhibition.-Выставка лошадей совхозов Московской области.

To avoid making mistakes or unclearness should be recommended to translate the Passive voice into indefinite-personal or personal form of verb in active, but the action of subject will be passive. Ex: The picture was looked at.- На картину смотрели, а не Картина смотрела. The children were looked after.-За детьми присматривали, а не Дети присматривали. The work was finished.-Работу закончили, а не Работа закончила. Cotton is grown in the South.-Хлопок выращивают на юге, а не Хлопок растет на юге. As passive voice is not used so frequent in Russian, the translator may substitute the passive by active. Ex: The book was read by Tom. Книгу читал Том.

The importance of high grammar competence of translators is crucial to introduce some exercises and tasks in practical translation classes, such as sample text-analysis task:

Look at the following short text and answer the questions, which follow:

After yesterday’s heavy rain, a man was pulled from the swollen River Trent in Nottingham and taken to the General Hospital where his condition was last night described as stable. His identity has not yet been established, but he is believed to be a visitor to the city and in his thirties. A police spokesman appealed for the man’s rescuers to come forward, saying “When this man recovers, he will want to know who saved his life.” The spokesman went on to say that the police will want

to interview the man when he is well enough as they need to find out how he came to be in the water.

1. Look at the headline. Which words do you need to add to make it into a complete sentence? Why are they missing here?

2. Who pulled the man from the river?

3. Who took him to hospital?

4. Who described his condition as stable?

5. Who believes that he is a visitor to the city?

8. Which rule about reported speech is broken in the last sentence? Why is it broken here?

So, the general view in translation studies is to define the relations of equivalents between texts in different languages. When the languages are non-relative especially Uzbek-English or Russian-English and the grammatical structures are different the interpreter must be more creative and be ready to change the structure of the sentences given in the process of translation.