Using pair and group work during the lesson

The organization of pair work or group work is a management task, but one which presents no real difficulties. However, in many societies a teacher- centered approach to education is the norm. To introduce a pedagogy which is in conflict with current educational practice may be difficult at first. And yet, if pedagogy is to be effective it should be in harmony with the aims and the nature of the subject. The aim of most language programmes is to equip the learners to interact with other, at ease and conversing reasonably fluently.Therefore, teachers must offer practice in speaking and communicating. To engage in interaction, the students need to talk to each other. In teachers- centered classes, there just is not enough time for everyone to make a significant contribution. If we disregard the few chorus responses in a drill, the average student in a large class will probably only speak for a total of 10 or 15 seconds. Extra time for talking can only be gained if they all talk at the same time for parts of the lesson.

When you use pair work for the first time, explain the reasons for using pairs to the students. You will probably have to use the students’ mother tongue. Additionally, the students must understand the following rules.

Pair work time is not to be used for chatting.

When they finish the set task they can change roles and do the task again.

If they have quite finished when the activity is stopped, this is not serious. They will still have done a lot of talking.

They can ask for help if they need it.

If you work in a very crowded classroom some students will be three to a desk. Explain that the third student will monitor the language exchanges and take the place of one of the others when the practice has been done once. Any student sitting alone should automatically join another individual or a nearby pair as a third

These are obvious targets. The two or three parts are first practiced by means of a repetition drill. Then some substitutions are cued, so that the students know how to personalize details in the dialogue.

Looking at the pictures that accompany the texts, students can take turns to compose true- false statements about the picture. The second of the pair only has to reply agree and disagree. Because they will have studied the text beforehand, there is little chance of error.

Desks can not be moved in many classrooms. The only way to make groups in these circumstances is to ask alternate rows to turn and face those in the desk behind. This creates groups of four to six, depending on the number of students on a bench. A class of 80 individuals is reduced to 15 to 20 groups. You now have some chance of providing individual attention.

It is usual to have one member of each group acting as a leader or secretary. This is the person who will come to you with any difficulties or with a final completed task. This makes class management much easier. You can appoint the leaders by choosing the most able linguists, or you can allow the groups to select their own.

The teacher is the manager of the activity and must plan it, organize it, start it monitor it, time it and conclude it. During group work activities the teacher stays mainly at the front of the class, perhaps making a rapid check on a group or two to see that all is well.

Group activities tend to be freer and more interactive than pair work. Several types of activity are collaborative and easy to use, even by comparatively inexperienced teachers.

Simple guessing games that practice Yes -No questions can be played in groups after a demonstation at the front. Easy ones to use are Who Iam thinking of?, What is my profession? And Guess what Idid.

After a text is read, each group can be asked to write a few questions that they could ask about the text. Afterwards, the leader of a group will nominate another group and ask a first question. The second group must try to answer grammatically as well as factually. Then this second group directs a different questions at another designated group, and so on until each group has asked at least one question.

This offers good follow- up to a lesson in which the class practiced a structure with a functional value. The groups can be asked to compose a short scene in which someone makes a complaint, exchanges a bought item of clothing for another, requests information in a place of travel, and so on. Role-play enables the group to create an entire play let with several players. If the group writes out the scene, the secretaries can get the work checked as it is composed. Afterwards, some or all of the groups may wish to act out their little play in front of the class.

Discussions permits free expression of opinions, so its value in a language class is obvious. The teacher asks a topic question and allows a few minutes for the group members to express their findings. The reporter could be the group leader, but it is better to nominate reporters at random after the discussion.

Let us suppose you have used a substitution drill to build up familiarity with a structure with a functional value. Further and more meaningful practice can often be made more game like and creative in group follow- up. Let us suppose that the structure is like this one, on the blackboard. 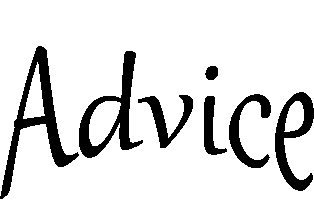 You should /shoudn’t+ verb

(you should eat more fruit)

The groups can be given some prompts which leave room for expression. In a well resourced classroom the teacher would write some problems on a worksheet and each group would get one copy.

Teachers can multiply the opportunities for practice and for creative language use by introducing pair and group work.Equally important, changes of learning activities and of the patterns of interaction help to retain the students’ concentration. They also come to realize that they have some autonomy and responsibilities for their own progress.

Most important of all, students will come to view the teacher as someone who is sensitive to their learning, someone to whom they can go for advice. Relationship with students can be transformed for the better, In a resource person role, the teacher is viewed as being an authority, not simply as someone in authority.