Types of Mutual Social Partnership of the Permanent Commissions of Local Kengashes of People's Deputies and Regional Non-Governmental Organizations: Experience of Uzbekistan 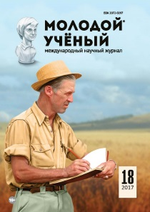 Abstract. In recent years, the country increased participation of NGOs and other civil society institutions in the country and the society of democratic reforms. While increasing the number of NGOs.

1. Bilateral (bipatrism) partnership aimed at matching the interests of employers and employees on a voluntary and equal basis for both parties.

If to speak about the importance of social partnership, we can say that in establishing respect in the interest of all actors. As appropriate, the establishment of interaction of state bodies with NGOs, i.e. third sector in the implementation of its functional responsibilities, socio-economic programs.

1. participation of NGOs and other civil society institutions in the development and implementation of programs for socio-economic development;

2. participation of NGOs and other civil society institutions in the development and implementation of legal acts;

3. the participation of representatives of non-governmental organizations and other civil society institutions in the working groups, commissions and public Advisory bodies at the state bodies;

4. the conduct of the subjects of social partnership activities, consultations and negotiations;

6. to provide mutual support, exchange of information between the actors of social partnership.

Using the above rules of Law, will focus on the types of social partnership of the standing committees of the local CPD with regional NGOs. First, standing committees and NGOs can cooperate in the development of the socio-economic development of the region and its implementation. This is one of the types of social partnerships.

Also, these relations can cooperate not only with government agencies but also other institutions of civil society. As a result of establishment of social partnership to involve representatives of NGOs in working groups for the development of programs of socio-economic development of regions or to obtain their opinion in the development of projects of such programs.

This law established one important rule, i.e. «Public authorities may, with their consent to involve non-governmental organizations and other civil society institutions to develop and implement programs for socio-economic development and normative-legal acts» [5]. This suggests that without the consent of NGOs and their representatives can be credited in part any Commission, or impose on them duties that are not included in the scope of their activities.

The most important thing in these relations is the interest of both parties. However, establishing relationships creates a number of problems. For example, according to the decision of the standing Committee to confer on NGOs functions not within its competence (except public control over the activities of state bodies) contrary to the law. The law is also another rule which says that state authorities may request interested NGOs suggestions in the process of developing programs.

Everyone knows that the decisions of the local CPD are a legal document. It is therefore necessary to use the entire capacity of NGOs in the preparation of high-quality, targeted and focused solutions that do not require further consideration. The ceremony of its opening, Together with, is set to by other rules, pointing to the separate authority of state bodies, NGOs and other civil society institutions.

The law also provides a definition of social partnership. However, we will examine only the part about constant local CPD. Necessary for this purpose and define the objectives of directions of activity of permanent commissions. Each permanent Commission, on the basis of its powers, not in the short term to take to widely with the help of NGOs public the draft laws, committees of the chambers of the Parliament of the Republic of Uzbekistan together with developed in the Majlis.

Another type is the organization of joint activities aimed at raising political and legal awareness of the population. It can also cooperate in the education of the younger generation in the spirit of patriotism and realization of youth policy.

The law also defined the powers of NGOs — implementation of public control over the implementation of programs for socio-economic development and legal documents. In addition, the act requires public bodies to consider the proposals and initiatives of NGOs and other civil society institutions, which in turn serves to increase the activity of NGOs. Permanent committees also work together with NGOs, can organize conferences, round tables, seminars, public discussions, hashar, festivals, polls, and other events.

Another type of social partnership is the drafting of contracts and agreements between public authorities and other institutions of civil society based on mutual cooperation. This fulfills the objective basis for legal relations. Availability of agreements and memorandums will prevent the birth of different kinds of questions. For example, clearly allocating its functions and tasks of the subjects of the social partnership. In a joint program of action separately stated each performer. Contracts may involve the performance of works or rendering of services and implementation of social and community projects with financial, including financial support from the entity of social partnership.

Subjects of social partnership within the limits of their authority can provide mutual educational, informational, Advisory and organizational support [4].

As a conclusion it can be noted that the use of the above types of social partnership will contribute to enhancing the role of NGOs in the life of state and society, will become the core of the socio-economic problems.