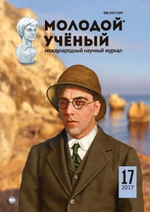 At present the learners are becoming involved in world culture. The educational system has the task to train the students to cultural, professional and individual communication with the representatives with other social traditions and language culture. The main task of the educational program is teaching of foreign languages with introducing the students to foreign culture. Background knowledge of the new culture often helps learners to understand better what is heard or read in the foreign language. One of the most difficult problems in translating is found in differences between cultures. Instances of cultural language differences are evidenced in that some languages have specific words for concepts whereas other languages use several words to represent a specific concept. In translation two cultures face to each other and we come across the influence of two cultures. Therefore, it is necessary for the future translators or interpreters to know the history, customs, traditions, culture and way of life of the people who speak the language. As we have possibility to be with people from different countries, we sometimes have misunderstandings or make mistakes. Giving some situations which cause a misunderstanding from different people’s practices in classes can lead students to be aware of various cultures of the world. For example: Iwas visiting Germany for the first time and I received an invitation to visit my most important customer in her house. I decided to take her a beautiful bunch of twelve red roses and her husband a bottle of wine. I gave her the flowers, but she just looked embarrassed. Douglas, Scotland [2]. From situation is cleared that Douglas wasn’t aware about giving gifts in Germany because red rose is a connotation of love. Also, many words which look like equivalents do not correspond each other. They have special connotations. For example, the word sheep has very negative connotations in the Russian language: Ты баран- it means you are a very dirty person, but in Turkic language sheep has a very positive connotation. This difference is based upon cultural variations and culture is often reflected in the figurative usages of words. For example: In Uzbekistan people use cotton in a figurative sense-У пахтадай юмшоқ -word for word translation into Russian: Она мягкая как хлопок, but this would never be used figuratively in English because cotton is not grown there [1]. On the contrary, in Britain they use the idiom: black sheep for member of family with bad manners as they grow up only herd of white sheep. Other idioms come from such things as sports that are common in the United Kingdom or the United States and may require some special cultural knowledge to easily understand them. To cover all of one's bases means to thoroughly prepare for or deal with a situation. It comes from the American game of baseball where you must cover or protect the bases.

I tried to cover all of my bases when I went to the job interview. Not all metaphors and similes are easily understood. If they are translated word for word into a second language, they will be often completely misunderstood. First of all the image used in the metaphor or may be unknown in the receptor language. For example, a simile based on snow would be meaningless to people who live in some parts of the country where snow is unknown in English: Iwashed my clothes white as snow. In a language in the south: Iwashed my clothes white as seashells or as bone. In Uzbek: Iwashed my clothes white as cotton. In intercultural communication it is necessary to take into the consideration the peculiarities of national characteristic features of the communicants, the specific emotional, national properties of thoughts. For example, in the sentence: He is a stubborn as bull. It should be translated into Russian in this way: Он упрямый как осёл. Not бык which is not appropriated to proper translation. The translator must know the cultural conflicts in finding equivalents. For example: When in Rome do as Romans do-in Uzbek: Кимнинг аравасига мингсанг, ўшани қўшиғини айт — in Russian: Вчужой монастырь со своими уставами не ходят. A Drop in the Bucket. — Хамир учидан патир.-Это пока цветочки, а ягодки потом. In English and Uzbek green eyes have negative connotation but in Russian it is used in positive connotation. Britain is an island surrounded by water therefore in English there are a lot of water, fish and marine-related idioms. Such as: weak as water (fragile), drink like a fish (booze), to miss the boat (missed opportunities), all at sea (a loss) etc. We have already stressed the fact that different languages have different concentrations of vocabulary depending on the culture, geographical location, and the worldview of the people. While teaching a culture specific topic can also be given in order to enhance learning. It usually begins at the elementary stage with discussions of the daily life of the peer group in the other language community-their families, their school, their friends. An intermediate level attention may be drown to geographical factors, historical periods, transport, country life, art, music and so on. Some topics that can be presented within the course syllabus are suggested below: Climate, Family life, Holidays, Geography, Meals, Education, Clothing, History

And also, It is better to do the following exercises in order to translate accurately. For example:

Cultural words may be translated by the following ways:

So, while teaching language through involving cross-cultural communication learners can be supported to avoid some difficulties and misunderstandings and might be easier to find the appropriate remedy in situations they will come across during their life.